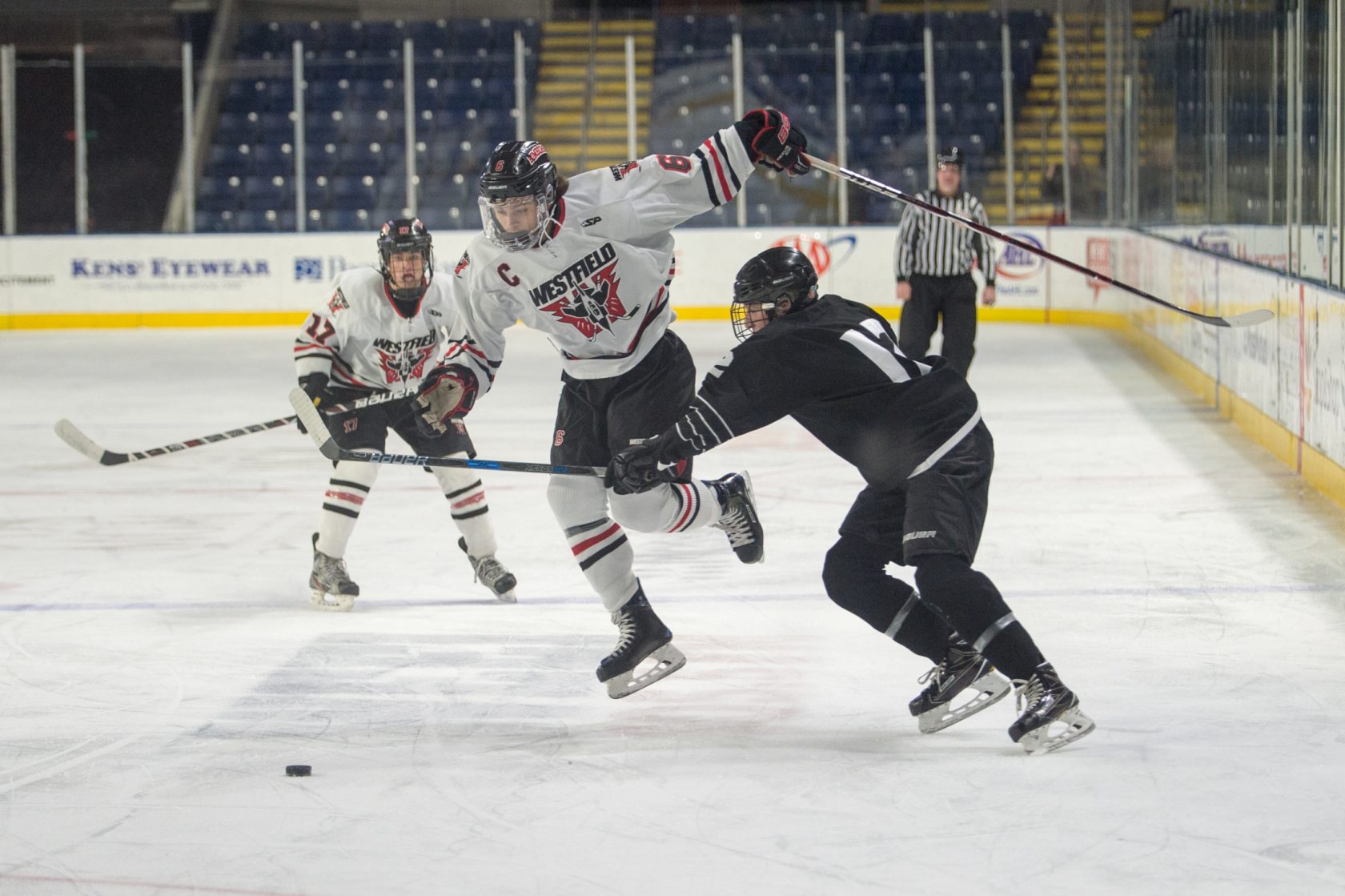 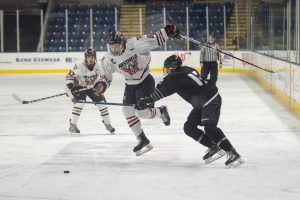 Westfield’s Max Maggipinto vaults past the check of a Longmeadow defender during a regular season matchup at the Mass Mutual Center in Springfield. (Photo by Bill Deren)

WESTFIELD – Some of the region’s greatest sports rivalries have included Red Sox-Yankees, Celtics-Lakers, and Bruins-Canadiens. For area hockey fans, one can argue Bombers-Lancers should fall right alongside those others.
The Westfield and Longmeadow high school boys’ ice hockey teams have combined for 15 of the last 16 championships in Division 3. The balance of power though has been a bit one-sided of late though.
The two-time defending champion Bombers have won 12 titles in 16 years, four of the last five, and 10 since 2002. They have been repeat champs five times in 15 years, and are seeking another, more specifically, a three-peat, this time around.
Longmeadow dominated the level of play during 2017-18 though, sweeping the regular season series 2-0. The Lancers earned the tournament’s top overall seed with a 16-3-1 record. They destroyed the Ludlow Lions in the semifinals, 9-1.
“They have a pretty good team this year,” Westfield coach C.B. “Moose” Matthews said of Longmeadow, which defeated the Bombers by the scores of 5-2 and 3-1. “They have two goal scorers who are big and strong and quick. When they’re on their game, they’re flying. …We need to work out a few issues.”
No. 2 Westfield (14-4-2) enters the championship game, fresh off a 5-1 trouncing of third-seeded West Springfield.
“We just need to play how we play,” said Westfield forward Scotty Bussell, who was one of two players to net two goals against West Side last week. Max Maggipinto was the other one. “We need to get the puck in deep, play with our hearts out, and play with determination.”
The puck drops on the next chapter of Westfield-Longmeadow Thursday night at the Olympia Ice Center in West Springfield at 8:30 p.m.