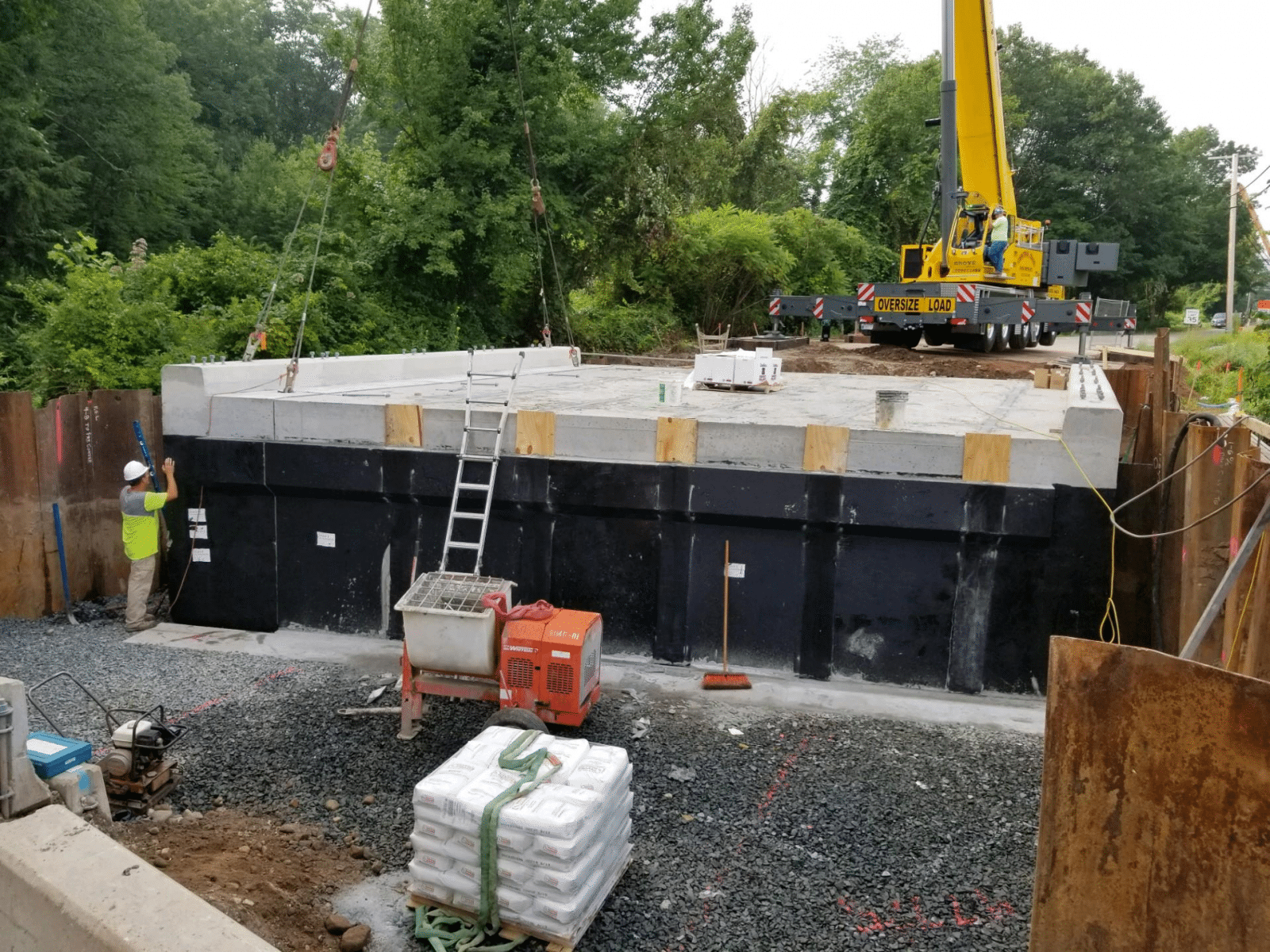 SOUTHWICK – As construction is underway, and the contractor working throughout the weekend, the Shurtleff Brook Bridge replacement on North Loomis Street is progressing.

According to Dick Grannells, Special Assistant to the DPW Director, the intent from the contractor is to re-open North Loomis Street this Friday, August 24. Paving for the road is expected to take place on Thursday. 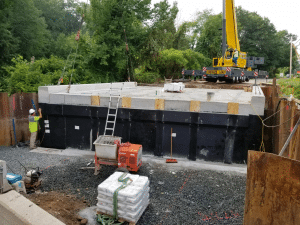 Construction was being done for the Shurtleff Brook Bridge project on North Loomis Street on Friday morning. (Photo by Dick Grannells)

The DPW closed North Loomis Street from July 30 to August 1, and then again beginning August 6 until the project was finished.

The Shurtleff Brook Bridge project consists of replacing a 100-year old bridge that is 16 ft. long and 20 ft. wide with a new structure that will be 19 ft. long and 32 ft. wide. The project also includes realigning and widening the road as well as having the proper accommodation for vehicles, bicyclists, and pedestrians.

Last March, the town received a $500,000 grant from Mass DOT’s Municipal Small Bridge Program.  Mass DOT accepts bridges into the program that are municipally owned, 10 to 20 feet in length, and are being replaced or trying to be preserved.

In December of 2017, the Select Board signed off on the $116,000 contract for Gill Engineering to do the engineering portion of the project. Brown also pointed out that another $325,000 will be used towards the project as that money was approved by the town at the last annual town meeting.