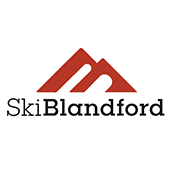 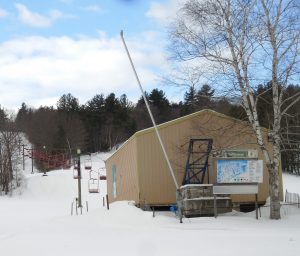 The Broadway chair lift at Ski Blandford, which announced on Friday that they will will remain closed for the rest of the season.

BLANDFORD – Ski Blandford Management announced on Friday that the ski area would remain closed for the duration of the 2017-18 ski season.
“There is no one who wants to open this season more than we do. However, we have concluded that it is in everyone’s best interest to forgo this season. Our dedication to safety remains our number one priority. We are committed to opening a new and improved Ski Blandford for the 2018-19 season and we will take this downtime as an opportunity to work even harder to insure the mountain and facilities are in proper operating condition,” read the statement on skiblandford.com.
Blandford passes will continued to be honored for free skiing and riding at Ski Butternut and Otis Ridge for the remainder of the season. For those who purchased a pass at Blandford but did not yet pick it up, the office will remain open Monday through Saturday from 8 a.m. to 2 p.m. Anyone with questions regarding the status of their pass, should email [email protected] or call 413-848-2860.
Earlier in January, the ski area had announced a delay in opening until February 1, due to safety concerns with its chair lifts. Ron Crozier, who was hired in October as general manager for Ski Blandford, said they’d been doing a lot of work on snowmaking and the lift systems. He said they found some things wrong with them, mostly routine maintenance not done properly. Parts for the lifts were on order with lead time, and they were continuing to do line work, concentrating on the Broadway chair lift, one of three at Ski Blandford.
“Some of the difficulties we’ve found; we need to take time, and make sure we’re safe,” Crozier said at the time. He said safety concerns were paramount, and they wouldn’t put the public on something that was not completely safe. “It is all about their safety for us, it truly is,” he added.
Crozier said he had hoped the parts would arrive so they could make an announcement the first of February, but there was still a lot of work to be done prior to that time.
The announcement on Friday ended with an apology. “We hope you will be back for the 2018-19 season to enjoy the fruits of our labor, and to share the improved and upgraded Ski Blandford with us. We apologize for any inconvenience this may cause, and we greatly appreciate your patience and loyalty.”