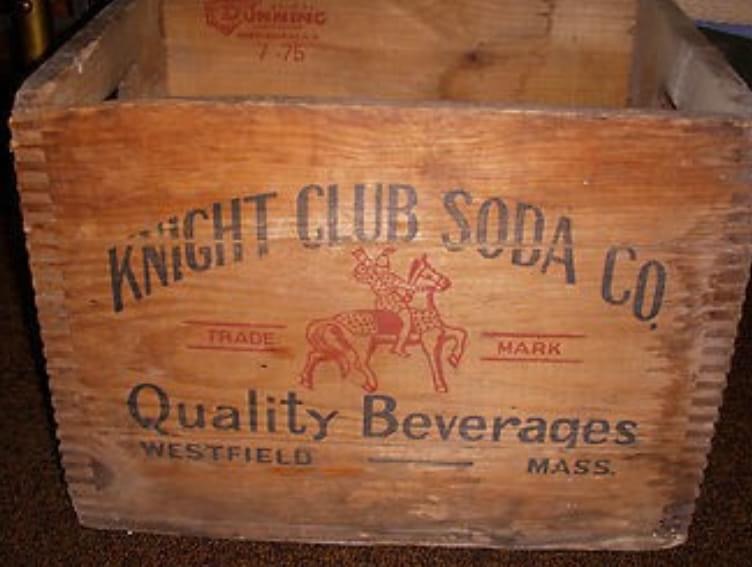 WESTFIELD-For many area families decades ago, a visit to the Knight Club Soda Co. on Bartlett Street was a fun weekly outing – choosing from flavors ranging from birch beer, cream and strawberry to lemon lime.

Jill Robinson, whose parents owned the plant from the late 1970s until it closed after the holidays in 1982, recently shared a photo on Facebook of the iconic crate that held the bottles of soda. She also welcomed memories from others on the You’re from Westfield, Mass. if you remember Facebook page.

“With everything going on in the world I took a moment to reflect on my childhood,” said Robinson, adding, “what made me happy, things I enjoyed, all the things who as a child made me smile and thought – wow – that was a really great life that I had.” 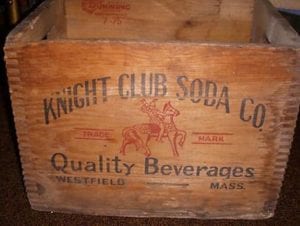 Robinson noted among her favorite childhood memories was the soda company.

“My family had this business making soda and everyone who came into the store was so happy to be there, to make a purchase and pick up their sodas without a care in the world,” said Robinson, adding, “and for me going there was fun. I was young and being there didn’t seem like work but looking back I guess it was truly a family business and everyone lent a helping hand.”

“They purchased it in the late 70’s from the Midgley’s and also ran the car wash before renting it to someone who turned it into a garage,” said Robinson. “My father passed away Jan. 14, 1990, three days after his 46th birthday.”

Barber was also the owner of J&E Auto, Bob’s Texaco on Elm Street, and worked at Westfield Technical Academy (then Westfield Vocational) as an automotive teacher.

“My father’s failing health and competition was difficult at that time but my dad’s health took priority and eight years later he was gone,” said Robinson. “He spent the last years of his life working at the trade school in automotive which was his true passion. He was one of the best mechanics around and a very reputable businessman.”

That one Facebook post has already garnered more than 210 comments – with area residents sharing their fond memories of the business – and their favorite soda flavors – with Robinson.

“I was more than surprised but if it gave me the best memories as a child, why wouldn’t it for everyone else young and old,” said Robinson. “I was glowing at the responses … it made my heart melt.”

While Robinson was around 7 or 8 she said helping out at the family business always involved a variety of tasks. 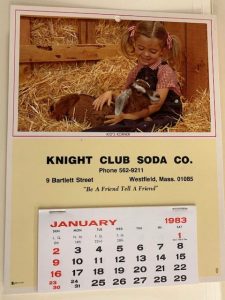 Many businesses in years past handed out calendars – including the Knight Club Soda Co. (WESTFIELD ATHENAEUM ARCHIVES)

“We all worked there, my siblings, my mom’s family, my dad’s too,” said Robinson. “I remember putting cases of soda into stacks. There were aisles of them and when my dad finished making a run of a specific flavor we checked them, flipped them upside down to see if they settled or if there was anything off and then placed them back into the crate.”

Robinson noted that another favorite activity was riding along when deliveries were made to the surrounding towns.

“Small bottles were 10 cents, larger ones 25 cents,” said Robinson. “A case of small was $2.50 for 24, 7-ounce bottles, larger ones were $3.50 for a 12-pack case with a dollar deposit because they paid someone to fix the crates if they needed repair. Deliveries didn’t have a deposit but were 50 cents extra.”

Robinson said birch beer was “probably” the most popular soda that the family made, followed by fruit punch that was a hit with kids, as well as strawberry, black cherry and root beer.

“As I read the Facebook comments, I learned how the business brought families together,” said Robinson, adding, “or that it was what they had at their grandparents place, what they looked forward to every week, or going to the store and picking out their favorite soda, how people collected bottles and crates or got them from family and held onto them for the fond memories it brought them.”

Robinson, a lifelong resident herself who has four children ages 16, 21, 24 and 30, and a granddaughter, said she also shares her memories of those days with her children from time to time.

“I’ve told my kids about the times I went on delivery rides, stood on a crate and handed out Green Stamps when gas was being pumped, and how much I enjoyed working with my family,” she said.

While those memories are etched in Robinson’s mind, she hopes others will share similar stories of being involved in family businesses on Westfield’s Facebook pages.

“I would absolutely encourage others,” said Robinson. “You don’t really know the impact things have on others growing up until you have that conversation or share that post and it is the best feeling ever that someone felt such happiness whether it was as the business owner or the customer … it is irreplaceable.”