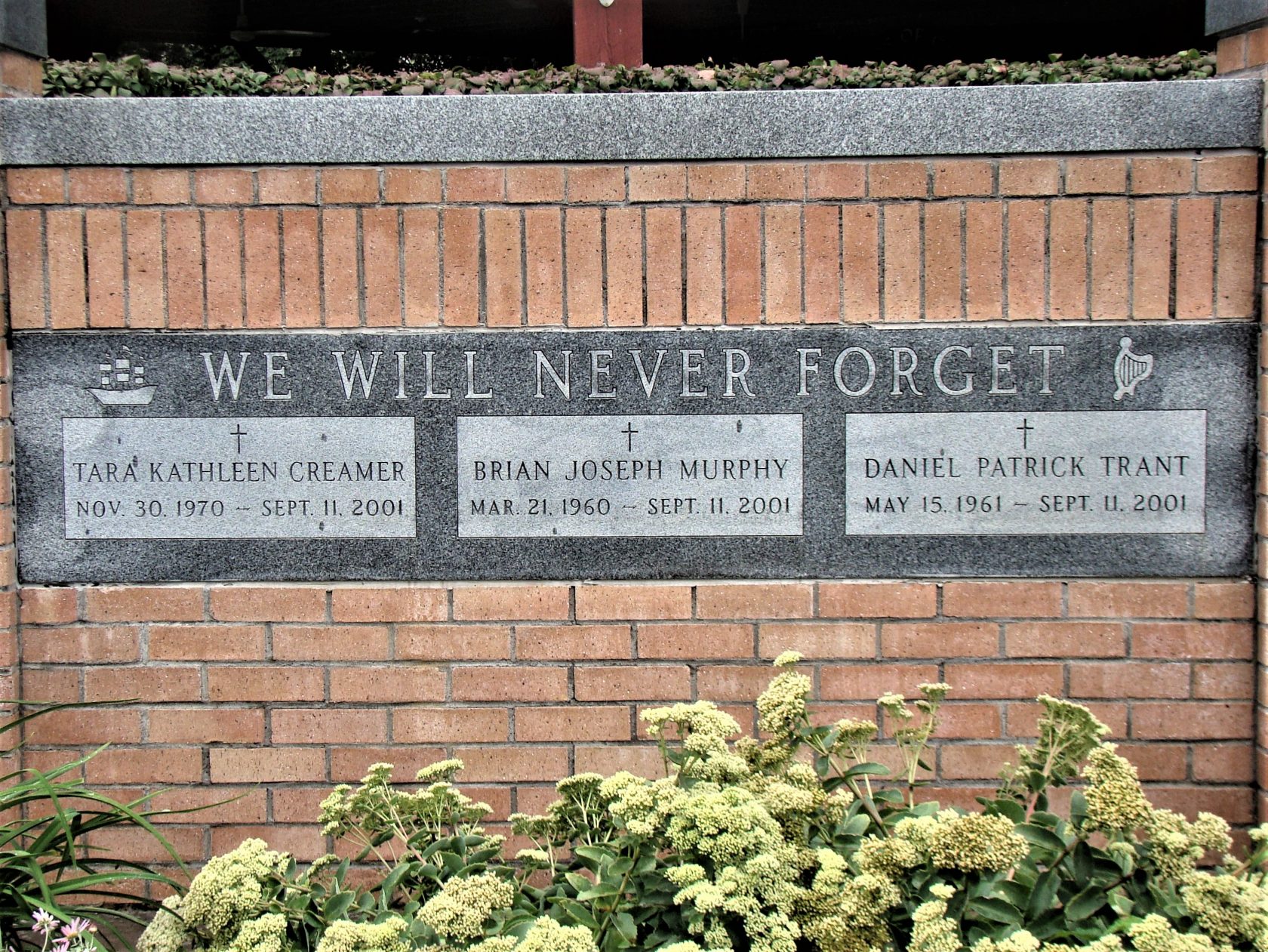 Pat Murphy at the 9/11 memorial he built at the Sons of Erin. (AMY PORTER/THE WESTFIELD NEWS)

WESTFIELD — Every year since Sept. 11, 2001, the Sons of Erin Irish Club on William Street holds a memorial gathering for Tara Shea Creamer, Brian Murphy and Daniel Trant and their families, the Westfield victims of the terrorist attack on the World Trade Center.

At 2 p.m., the Sons of Erin will observe the 20th anniversary of the tragedy of Sept. 11.  After a welcome by Pat Murphy, Mayor Don Humason, state Rep. Kelly Pease, and guest speaker state Sen. John Velis will offer brief remarks

Murphy, who is no relation to the families of the victims, was close friends with Jim Shea, Tara Shea Creamer’s father, ever since he first moved to Westfield after emigrating from Ireland. On the day of the attack, he was at the training school in West Springfield.

“When I heard the news, I got my instructors and the class to go home. I came here [to the Sons of Erin] to see Jim Shea,” Murphy said, knowing that his daughter was flying out that day. Then he found out that Tara was on the plane.

“One of the days I will never forget. It will live in my mind forever,” Murphy said. He talked about how strong the family members were. “What they went through was unbelievable,” he said. 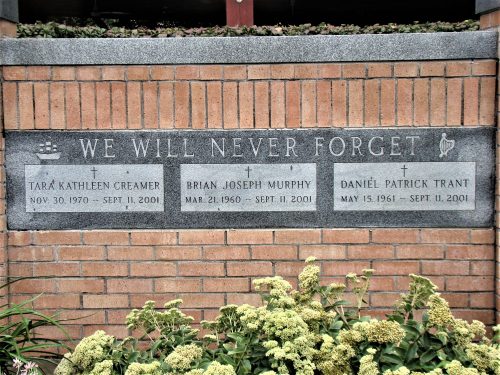 Names of the Westfield victims engraved on the memorial. (AMY PORTER/THE WESTFIELD NEWS)

Before building the monument, Murphy asked the families first. He said they were all happy to have him do it, because they had nowhere to go to remember their family members.

In the years since, Murphy came to know all of the families well. He learned that Dan Trant played basketball in his home city of Cork and became a dual citizen of Ireland.

“Everyone became really close to me. Mary [Trant] became a close friend to me,” Murphy said.  “It’s a sad thing, remembering,” he said, especially this year, having lost both Jim Shea and Mary Trant over the winter

Murphy also remembers the joy of their friendship, with the greatest people he’s ever known.

“The sadness will never go away, but we’re also celebrating their life.”

Murphy said the bricks in the memorial were donated by the Bricklayers Union, and the granite came from the Rock of Ages quarry in Vermont.

“Granite is the strongest stone in the world. It represents these strong people,” Murphy said. 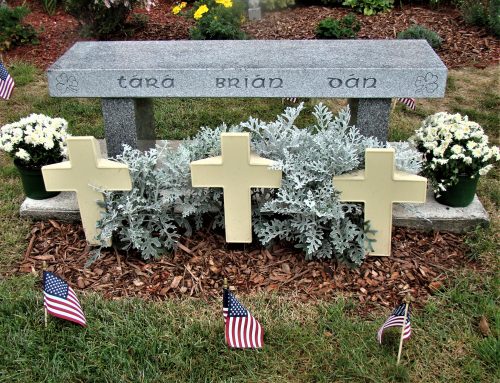 The granite bench is a part of the 9/11 memorial at the Sons of Erin. (AMY PORTER/THE WESTFIELD NEWS)