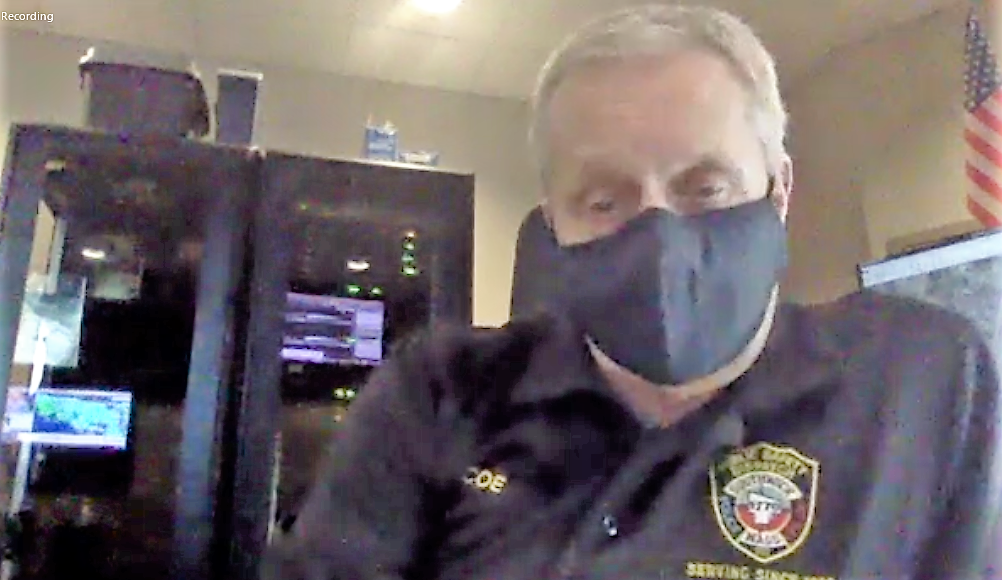 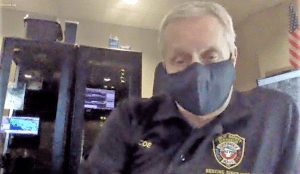 SOUTHWICK – The Southwick Select Board is weighing the facts about town dispatch presented Feb. 1 by Fire Chief Russ Anderson and Police Chief Kevin A. Bishop.

Anderson and Bishop spent many hours researching the current dispatch needs and how the town could move forward in-house as well as its options for joining WestComm Regional Dispatch Center in Chicopee. Their findings were presented Monday during a joint Zoom meeting with the Southwick Select Board and Southwick Finance Committee.

Anderson and Bishop said Southwick is at a “crossroads” when it comes to its dispatch unit. Located inside Southwick’s police station, the center has four full time and three part time employees in a single-seat center.

The challenges Anderson said the town dispatch unit faces include the need for a new radio system, which is estimated at $1.5 million. The second major challenge is staffing. Southwick has a single-seat dispatch unit, however, the Emergency Medical Dispatch (EMD) mandate of 2012 was designed for a two-seat dispatch center. Anderson said the town’s staffing for dispatch has not changed, but call volume has. Las year there were 1,000 EMD calls, which require “a lot more responsibility and a lot more technology” that the current unit. Anderson noted that the town lost points on a recent ISO insurance standards report “penalizing us 50% in that area of scoring for single seat dispatch.”

WestComm Director Erin Hastings last month made a presentation to the Southwick Select Board touting the benefits of joining the regional center, including more staff, better equipment and cost savings. Anderson and Bishop spent many hours speaking with Hastings to answer questions about the center and comparing it to the current dispatch unit in town. WestComm fees would be paid back to the town the first few years and would eventually cost around $100,000 in year six, including the radio system upgrades.

The two chiefs and board members agreed, however, it’s not just about money.

“We are at a critical crossroads here,” said Select Board Chair Douglas Moglin, noting that the town has looked into a regional dispatch approach before and the previous proposals were not good for the town. “The money piece is always important, but it was not a driving decision.”

This proposal could be good and Anderson said there would likely be an increase in services to the community.

Anderson said the dispatch unit, with the exception of creating a lead dispatch position this past year, has not changed much in decades. The population and number of calls has changed, as has the way dispatch is conducted with the EMD mandate.

The 12,000 calls are for service and do not include daily calls with questions about facility openings, directions, procedural questions and more.

Longtime dispatcher Peter Coe participated in the Zoom meeting Monday and said there are times that are busier than others and suggested a second seat was needed during peak hours of 11 a.m. – 8 p.m. He suggested filling the vacant fourth part time seat and utilizing part time staff more instead of hiring a second person for every shift, which would double the $275,000 budget.

Bishop, who reminded everyone he is set to retire this year, said he did not support a “peak hours” second seat and would not want to leave a single-seat dispatcher to handle the overnights. Bishop said there could be multiple calls for EMD at any time of day.

Anderson agreed and said the single-seat setup has been “stressful” even for the expert dispatch staff.

Anderson’s presentation addressed some of the concerns voiced from residents, including having dispatchers that are from Southwick and know the town versus a dispatcher who is not familiar with the town’s landmarks.

Anderson said less than half of the town’s first responders actually live in Southwick and many did not know the landmarks until they were on the job, especially ones that no longer exist.

“Landmarks are learned over time,” he said.

There were concerns about confusion over the airwaves with numerous towns included in the center. Hastings said Southwick could be grouped with another small town to limit multiple town communications.

Some residents expressed concerns about the current staff losing their jobs. Hastings said every Southwick dispatcher who applies for a position at WestComm would be interviewed. She anticipates there would be five full time openings if Southwick joined the group. Moglin noted that three current dispatchers were approaching retirement. If hired, the Southwick dispatchers would lose seniority to current WestComm staff, however the most senior dispatcher has been with WestComm two years.

Coe suggested that if the town continued operating its own dispatch unit it could take a phased-in approach on adding staff and training part time dispatchers to take on a bigger role.

Bishop said with Lt. Robert Landis set to take over as chief, he would not have time for training dispatchers when he would be training on-the-job as chief.

“That’s a lot to put on a new chief,” Bishop said.

Members of the Southwick Finance Committee convened for the Zoom session. Member Robert Horacek asked about town’s input on the WestComm board. Hastings said every member town has one seat on its board, which is usually the town’s highest ranking official or designee. The police and fire chiefs and a member of the finance committee would also participate in committees. 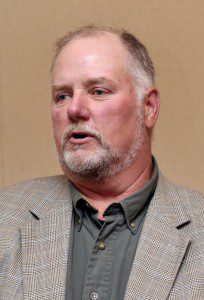 Finance Committee Chair Arthur Pinell thanked the chiefs for the presentation, saying it is “a very complex and comprehensive matter” that affects “people’s livelihood, service to the community and safety.”

The Finance Committee adjourned at the end of the presentation Monday and planned to meet again this week to discuss the options and make a recommendation.

Bishop said Monday that WestComm has a timeline for receiving grants and needs to apply in March. A decision to include Southwick in the WestComm grant application would not commit the town to joining the regional dispatch center. Southwick could still apply for its own grants and if awarded, would continue utilizing the grant until the day WestComm takes over dispatch, if the town joins the center.