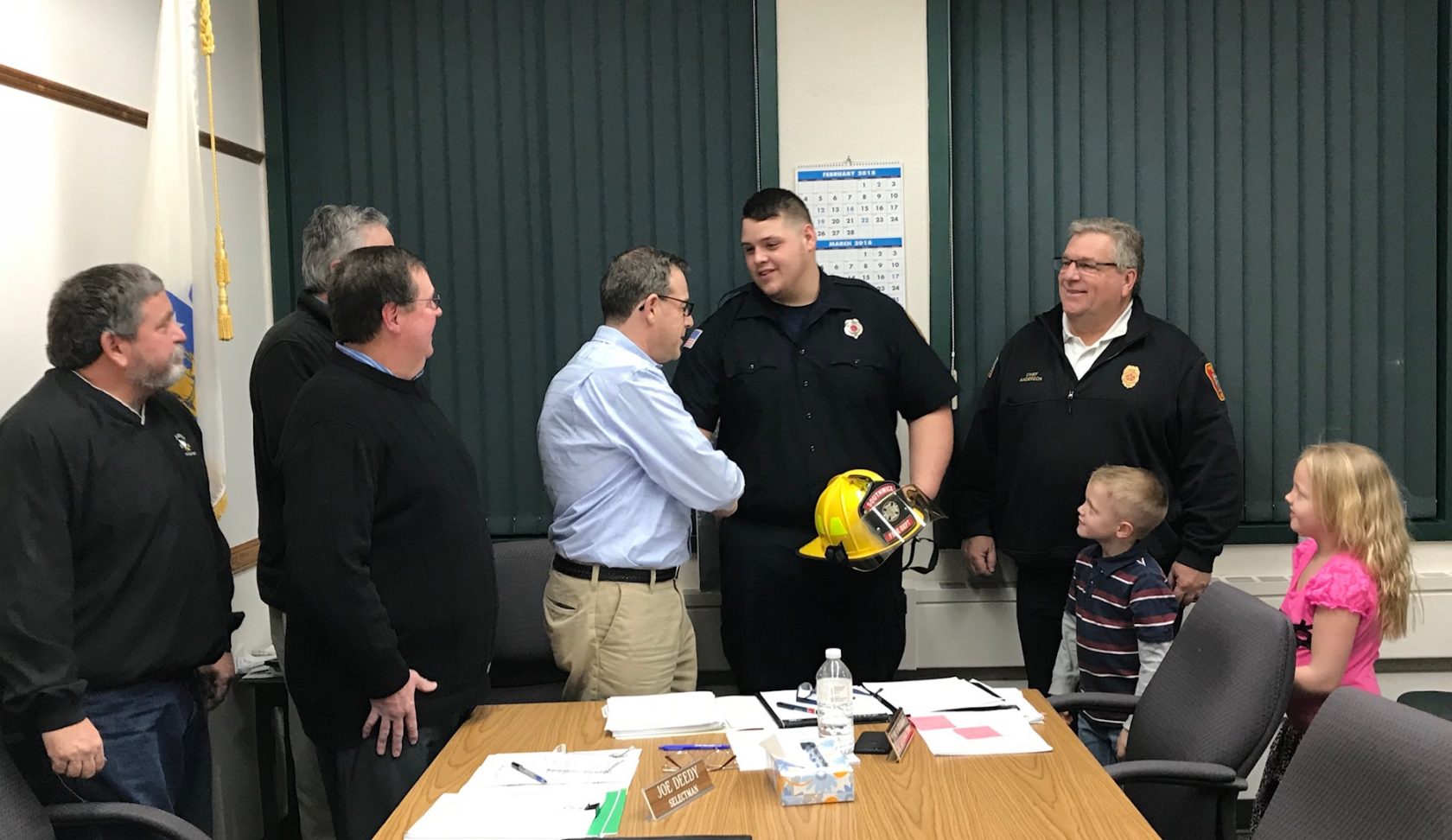 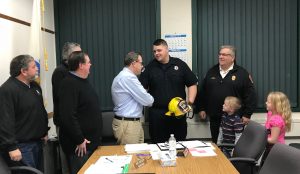 Southwick Firefighter Nick Hope was congratulated by the Select Board for his Firefighter 2 Certification. (Photo courtesy of Greg Fitzpatrick)

The certifications mean that Hope is now an interior firefighter, on the call force and can enter the inside of a home while battling fires. Southwick Fire Chief Russ Anderson said he is pleased to have Hope on the force.

“Having another entry level firefighter is a great asset,” said Anderson.

Hope is looking forward to the next step in his career.

“I can’t wait to put the skills we learned at the academy to good use,” said Hope. “It was a lot of work and a lot of hours.”

The Massachusetts Fire Academy consists of four months and over 230 hours of training, which took place in Springfield. The academy also takes place in Stow, Mass. and  trains fire personnel throughout the commonwealth free of charge to cities and towns.

Reported by the Westfield News on January 17, the Select Board previously congratulated four Southwick firefighters for graduating and earning their firefighter 1 and firefighter 2 certifications.