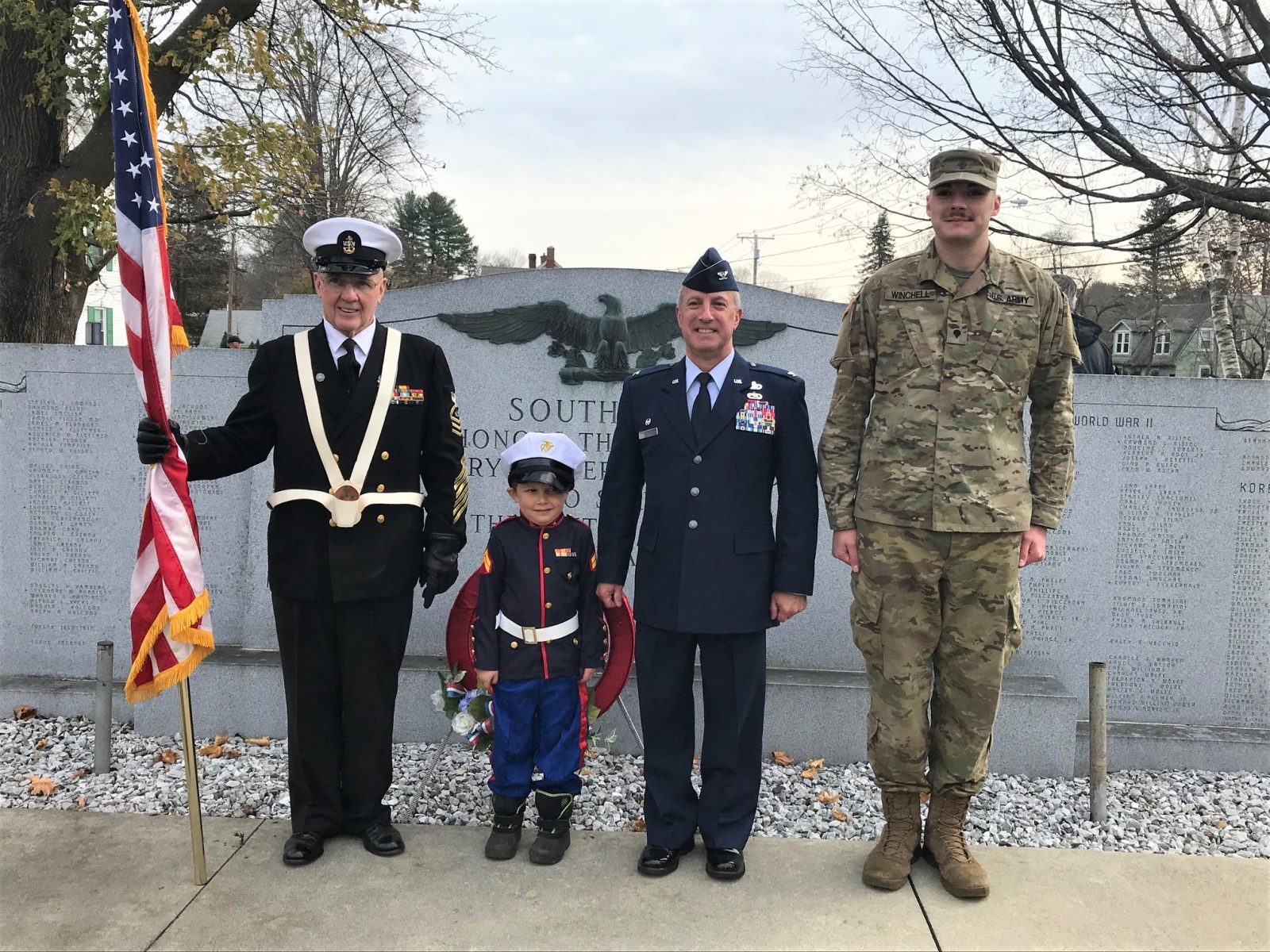 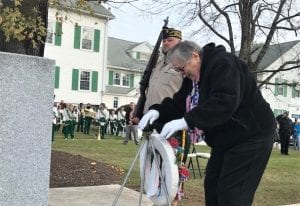 SOUTHWICK – The Town of Southwick marked Veterans Day Nov. 11 with its annual parade and ceremony at the War Memorial.

Hosted in coordination with Veterans of Foreign Wars Post 872 and American Legion Post 338, the event took place on the eleventh day of the eleventh month at the eleventh hour, which was the date and time of the end of World War I.

Col. Peter T. Green, commander of the Air National Guard 104th Fighter Wing and a Southwick resident, said the holiday was originally called Armistice Day in celebration of the end of the war. Later changed to Veterans Day, Green said it is a time to reflect on the service of veterans. 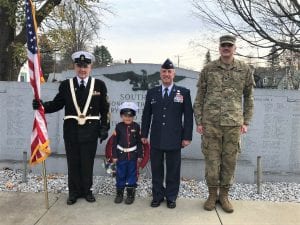 “They must always be supported with the care they deserve and the respect they have earned,” Green said.

Green took the opportunity to call upon citizens to help veterans.

“No veteran should be on the streets. We need to protect them today as well as they protected us in the past,” he said.

Green said since 2001, 2.77 million people have served in the U.S. military and there have been 5.4 million deployments. He said most who have served since 2001 are under age 30, half are married, and half have children. He thanked them – and all veterans – for their service.

Select Board Chairman Russell Fox gave special recognition to those who served from Southwick, Tolland and Granville and risked their lives to bring “peace home and the hope of prosperity for the future.” 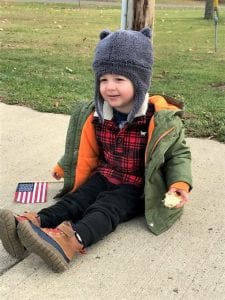 Fr. Matthew Guidi of Our Lady of the Lake Church offered prayers during the ceremony for those who “sacrificed time, comfort, strength, ambition, health and prosperity for the safety of family and friends” as well as people they will never know.

The ceremony included the laying of wreaths at the War Memorial by Gold Star Mother Shirley Odell, a performance by the Southwick-Tolland-Granville Regional School Band and a silent salute. The parade contingent included local officials, veterans, Southwick Police and Fire departments, the band and local Boy, Girl and Cub scout troops.