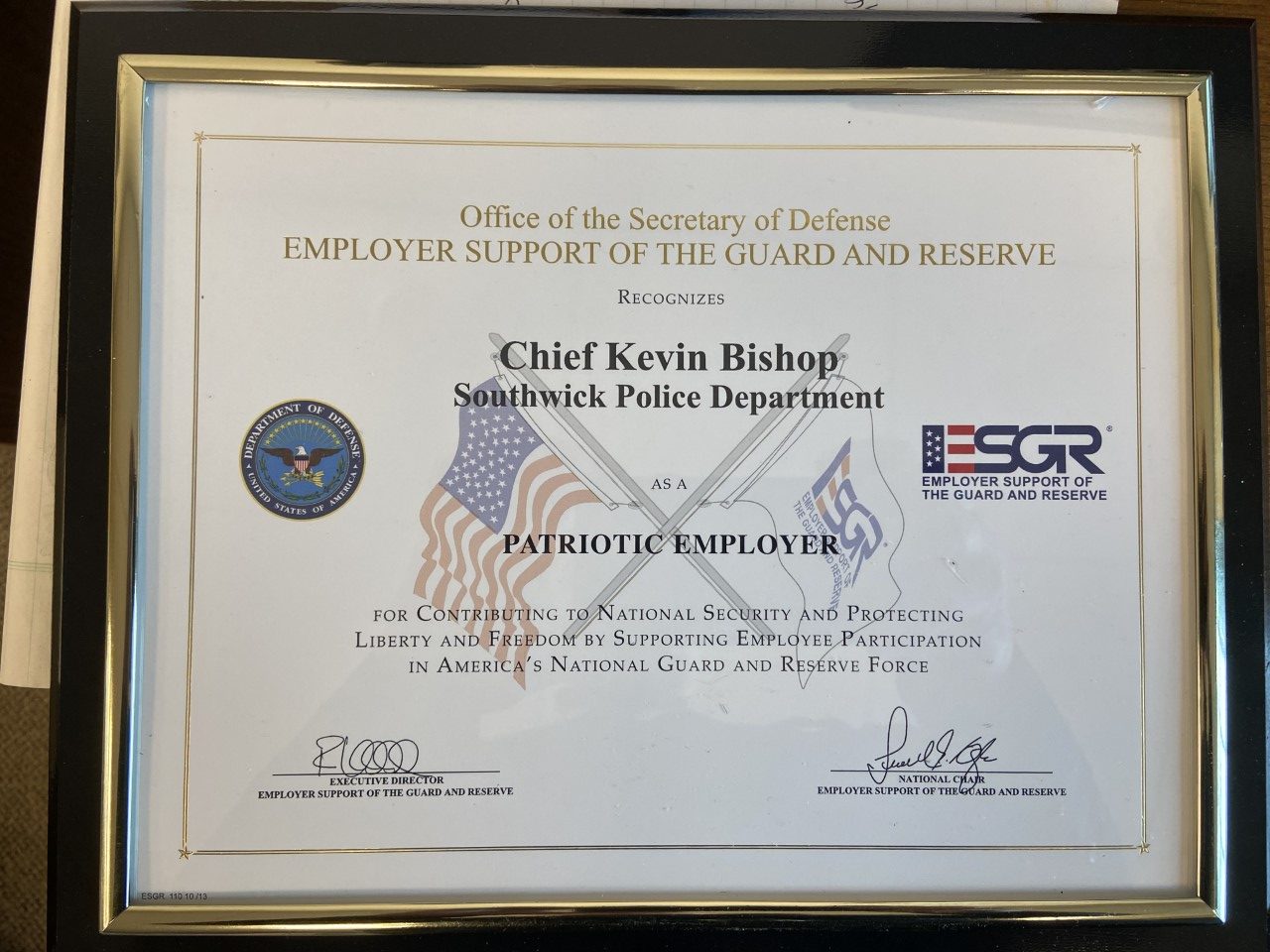 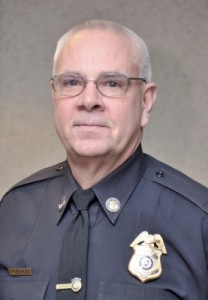 SOUTHWICK – Police Chief Kevin A. Bishop received the Patriot Award from the Massachusetts Employer Support of the Guard and Reserve this week.

Bishop said he accepted the award on behalf of the Southwick Police Union and Select Board in addition to the police department.

Bishop was nominated for the award after facilitating continued pay for Southwick police officer and United States National Guardsman Staff Sgt. Garett Parker while he fulfills his military obligations.

This award was presented on behalf of the Department of Defense and Parker, who nominated him for the award. The award recognizes Bishop’s full commitment and support of Parker, who has been deployed for the past year and is expected to return home in the near future.

While deployed, Parker would not normally receive his police pay. However, Bishop worked with the police union and Southwick Select Board to keep Parker on the payroll. 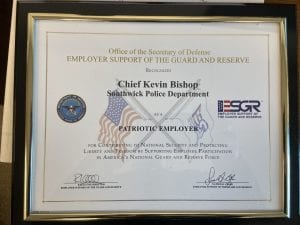 “I really thought this was the right thing to do for one of our officers who is willing to sacrifice so much,” said Bishop.

In the award letter from the Massachusetts Committee for Employer Support of the Guard and Reserve Chair Paul J. Zbikowski, Bishop was praised for supporting Parker.

“This is such an important part of the support for our service members to know that their employer has their back while they serve their country,” wrote Zbikowski.

Traditionally, the awards are presented in person, however, due to COVID-19, Parker asked that the award be mailed.