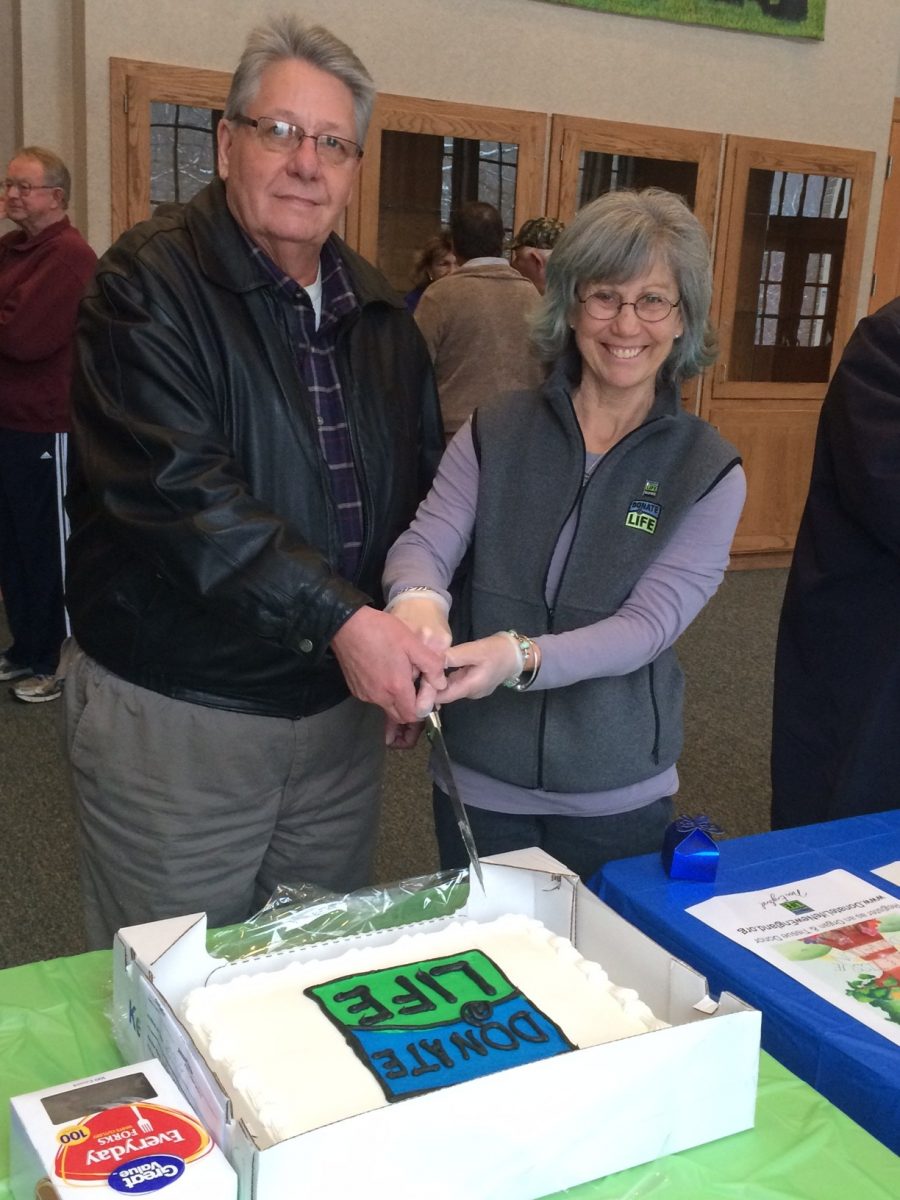 SOUTHWICK – Paul Hood is very grateful to a 70-year-old woman he has never met.
Because of her, Hood is alive today.
Hood, a Southwick resident, received the Kansas City woman’s liver in January and showed his gratitude last night during a celebration of Donate Life Month at Southwick Town Hall.
The event is organized annually by Susan Sanders, a Southwick woman who received a heart transplant in 2008.
“I’ve learned do not take anything for granted . . . one person, one rainbow, one breath,” she said Monday night.
After receiving her heart, Sanders became an advocate for Donate Life, and its organ, eye and tissue donation program.
“In Massachusetts alone, over 3,300 people are waiting for a transplant,” she said. “Across America, 122,000 men, women, and children await lifesaving transplants. To put that in perspective, that is more people than could fill Fenway Park three times.”
Sanders said she often finds ways to “start that conversation” about becoming an organ/tissue donor.
“I tell them how one person can affect over 50 lives . . . How no one is too old,” she said.
Hood learned that lesson himself.
“I was an organ donor for years, but stopped at age 55 because I thought I was too old,” he said.
Hood found out there is no such thing as too old when it comes to donating life.
“I feel like when you’re younger, you are taking risks, and you should be,” he said. “You don’t think much about your own mortality. But as you get older, you do think about your mortality, and you think about organ donation and what it means to give someone life.”
When Hood received his liver and learned his donor was 70, he realized there is no age limit. He and Sanders want to raise awareness and encourage people to become donors.
“I want people to hear my story,” said Sanders. “I want to inspire them to see how beautiful the gift of organ/tissue donation is. I always want to honor my donor.”
Donate Life flags are flying this month at Southwick Town Hall, Southwick Police Department, Southwick Fire Department, Southwick Library, Southwick Funeral Home, and The American Inn.