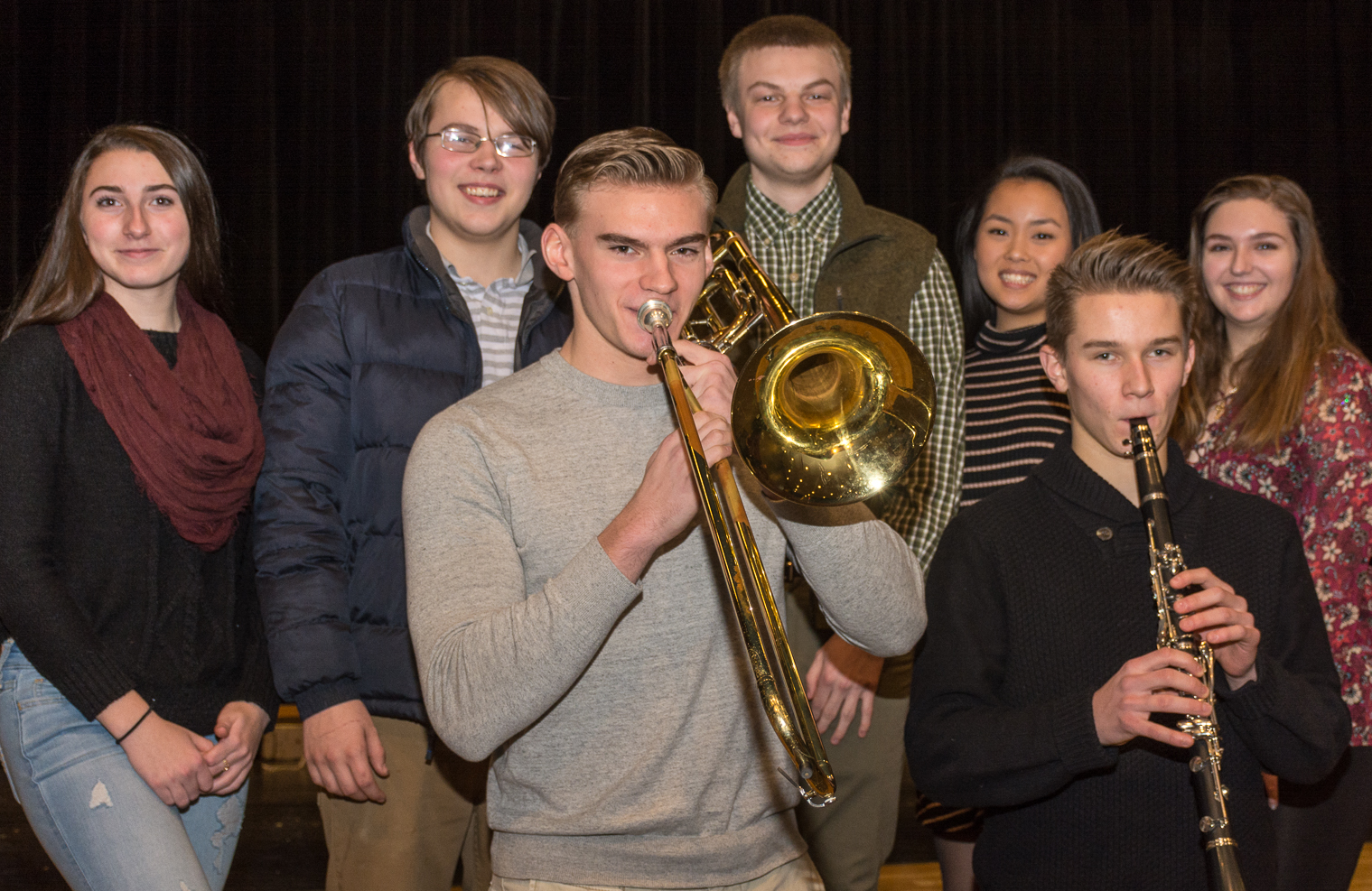 SOUTHWICK – The band and chorus programs at the Southwick Regional High School have achieved quite the accomplishment this winter. Earlier this week, Rich Quinn, music director at the school, informed The Westfield News that seven students in the band and chorus qualified for auditions in the Massachusetts All-State Music Festival.

The All-State Festival, which is organized by the Massachusetts Music Educators Association (MMEA), is where the top students from public schools in band and chorus come to compete. Taking place at the Seaport Hotel and World Trade Center from March 1 to March 3, contestants will perform a piece of music that is given to them and they’ll be graded by judges based on a rubric. 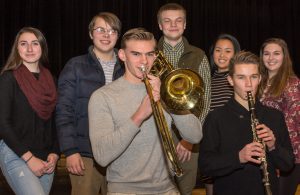 Seven members of the band and chorus at Southwick Regional High qualified for District auditions this winter. (Photo courtesy of Lynn Boscher)

Seven Southwick Regional High students qualifyied for the audition at All-State’s and two of them received good enough scores in their respective performances to compete at the All-State festival. Those individuals are Kasper Kisala and Adam Sherlin.

Kisala, a senior who has been playing the clarinet for 11 years, made it to the All-State auditions last year and is looking forward to this time around.

Being just a freshmen at the regional school, Sherlin has experience with his expertise since he’s been participating in chorus since the fifth grade. Also a part of the All-State auditions last year, Sherlin enjoyed the experience.

“You walk in and everybody is just warming up,” said Sherlin.

The other five students in the regional school’s program who made the auditions to All-State’s but didn’t qualify, were Brandon Blackburn, Brenna Aylward, Mikayla Davenport, Stephanie Marcil, and Chris Fontaine.

All five of the students that made senior districts and then at least qualified for the All-State audition, were very pleased with their outcome. 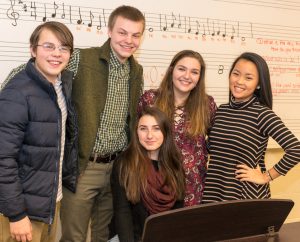 Five of the students were seen singing a verse along with the piano. (Photo courtesy of Lynn Boscher)

“I love music so much,” said Davenport. “It’s such an amazing experience.”

“You just remember you’re considered as one of them,” said Marcil, when she was referring to the rest of the students across the state who also qualify for the auditions.

Quinn was excited to see the seven students have success and get exposure to the rest of Massachusetts.

“It gives a different perspective of our school’s community and how talented our kids are,” said Quinn.

Currently, there are 50 students taking part in the band and chorus programs at the Southwick Regional High School. On a re-build the last couple of years because of the many changes throughout the school district, Quinn is looking forward to the future of the program.

“I think if people are seeing what we’re doing here, it’s certainly going to have a positive effect on how we can structure the program moving forward,” said Quinn.

Principal Joe Turmel is also eager to see what unfolds with the program and is happy for what the students have achieved.