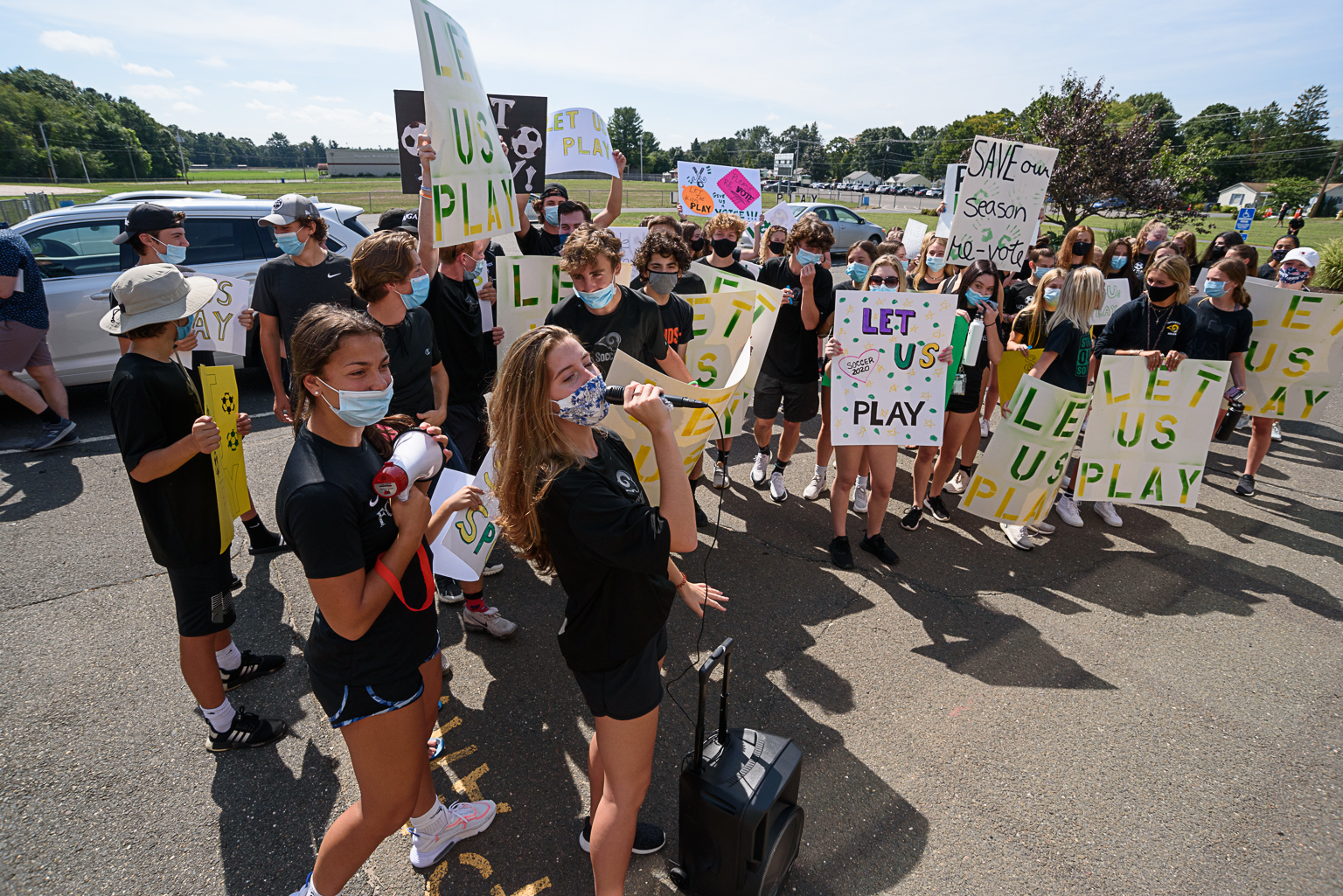 SOUTHWICK – The Southwick-Tolland-Granville Regional School Committee Sept. 15 will hear a presentation on the results of a survey of Southwick Regional School fall sports families. The survey gauged interest in selecting fully remote learning if fall sports were reinstated this season.

SRS Athletic Director Dave Sanschagrin will present the findings during the meeting at 6 p.m. Tuesday. The public can listen to the meeting by following the link posted on the meeting agenda. Go to STGRSD.org, select School Committee, Meetings and download the agenda.

On Sept. 2 the committee voted 5-2 to accept Superintendent Jennifer Willard’s recommendation of adopting a “Fall II” season. The Massachusetts Interscholastic Athletic Association offered Fall II as an option this year because of COVID-19. It would take place Feb. 22-April 25, 2021.The MIAA also said it would allow fall sports to take place beginning Sept. 18 with modifications. 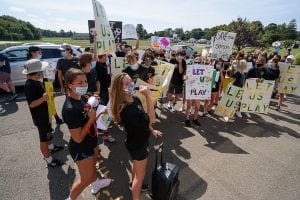 Student athletes, coaches and parents were vocal in their opposition to the decision and called upon the committee to take a second vote. Following a Sept. 8 student protest on the school campus, Willard convened a small group of students, coaches, staff and parents to discuss the situation and explain her decision. During that meeting it was said that if enough families volunteered for fully remote learning this semester, there was a possibility the committee would allow fall sports.

The survey, sent via email Sept. 10, simply asked families if they would consider fully remote learning for the first semester.

A letter written by Boys Soccer Coach Chris Whalley accompanied the survey and gave a summary of the meeting. Whalley noted that “neither the Superintendent nor the School Committee are willing to compromise on their core value of maintaining the safety and integrity of the in-school experience for students, faculty and staff. That means that they will not expose the building, or anyone in it, to health risks due to exposure to people outside the district, at least so far as they can control such exposure.”

Willard stated in her initial recommendation to postpone fall sports that as superintendent she is charged with ensuring the safety of all staff and all students. Other extracurricular activities, such as band, were canceled this year for that same reason. Willard explained it is also a matter of equity for all.
Whalley’s letter informed families there was no guarantee that selecting fully remote learning would bring back a fall season, which begins Sept. 18. He also said according to the Department of Elementary and Secondary Education, Willard cannot mandate remote learning and it would be on a volunteer basis. The decision is in the hands of the school committee.

“They will, however, allow for the possibility of CONSIDERING allowing athletic participation this Fall if enough student-athletes and their families VOLUNTEER for 100% REMOTE learning for the first semester. That would allow our teams to practice and compete without exposing anyone in the school to the virus, as the participating athletes would not be entering the building,” wrote Whalley.

Sanschagrin said Monday he did not want to comment on the survey prior to the presentation. An email to Whalley Sunday night requesting details of survey results was not returned by press time.