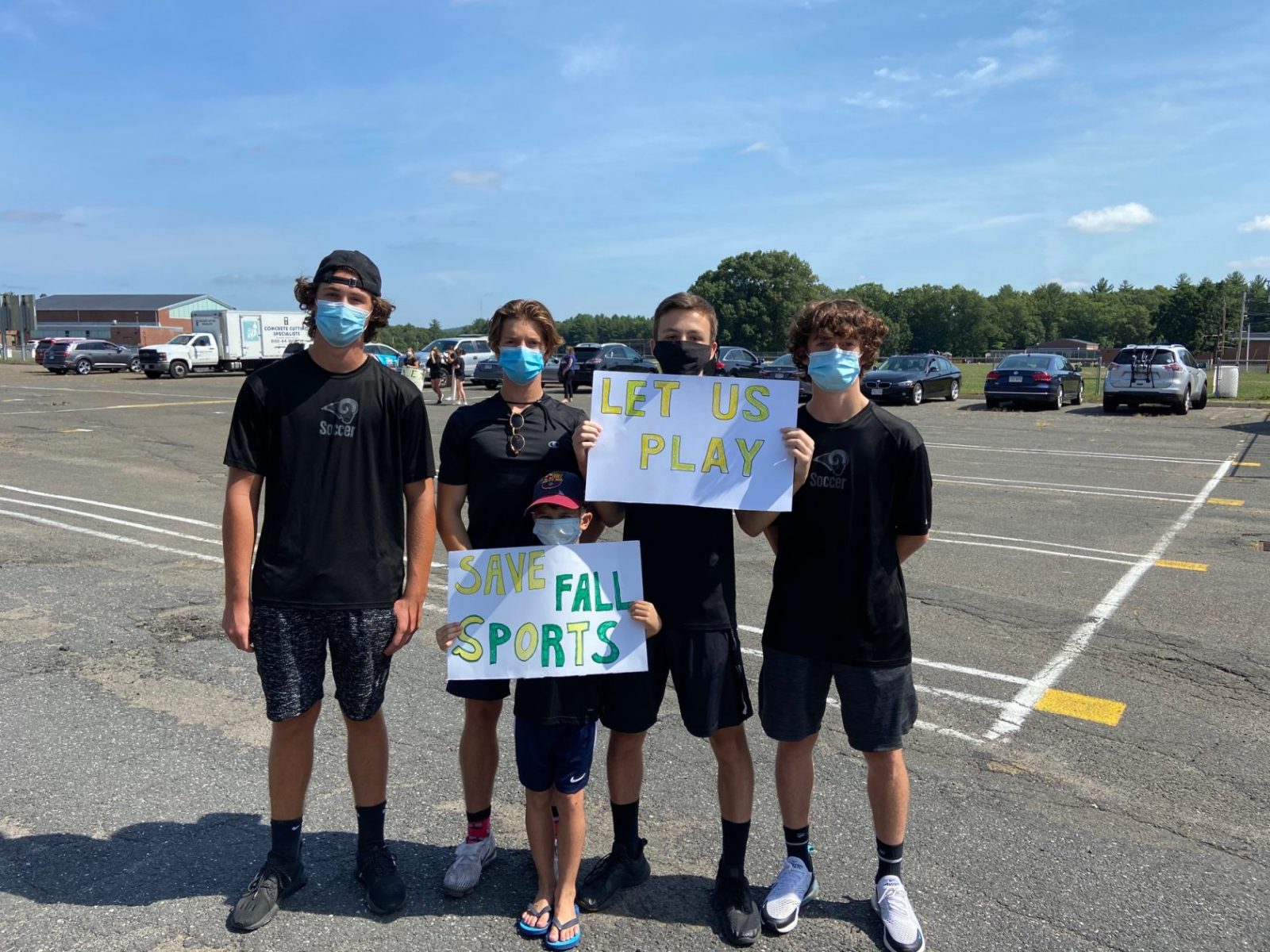 Sanschagrin told the committee last week that an initial survey after the decision resulted in 38 students expressing interest in an intramural soccer team. However, when the program opened, they did not show up.

“We had a couple of kids the first few days,” said Sanschagrin, noting that the vast majority of the 38 students were in grades 7-9.

“Upper classmen were not interested in intramurals,” he said.

Committee member Pamela Petschke she was “surprised about soccer” and asked if there was a reason why, considering during discussions about delaying fall sports the students spoke about wanting to play together and retain and improve their skills.

“I’m not sure what happened,” he said.

Other sports have proceeded with intramural play, including volleyball, field hockey and cross-country. The golf team is the only team participating in inter-scholastic play. The unified basketball team will play in the “Fall II” season, from late February to April.

“Those [programs] are healthy and I will continue to monitor them,” Sanschagrin said.

“Volleyball is playing outside,” Sanschagrin said. “Masks are worn and everyone has a separate space to put their equipment and go to for water or mask breaks.”

Students are separated into cohorts and those cohorts stay together.

“Spectators are not allowed on the field and we ask them to wait in their cars,” Sanchagrin said.

Prior to Sanschagrin’s update, Superintendent Jennifer Willard acknowledged letters sent from students and families, many objecting to the intramural program and advocating for a full sports season. Some pointed out that there would be little to no teams to play in a Fall II season because most schools in the area are playing now. Some also questioned whether or not Willard consulted with the town Board of Health and nurse before making her recommendation.

Willard has stated previously during committee meetings that she meets regularly with those groups, and others, to discuss COVID-19 and other health and safety concerns.

“I meet weekly with the Board of Health and public nurse,” Willard said, noting other parties who participate in the meetings.

Willard has said over the course of discussions regarding sports that it was a difficult decision and her recommendation was based solely in her role as superintendent and her charge to keep all staff and all students safe.