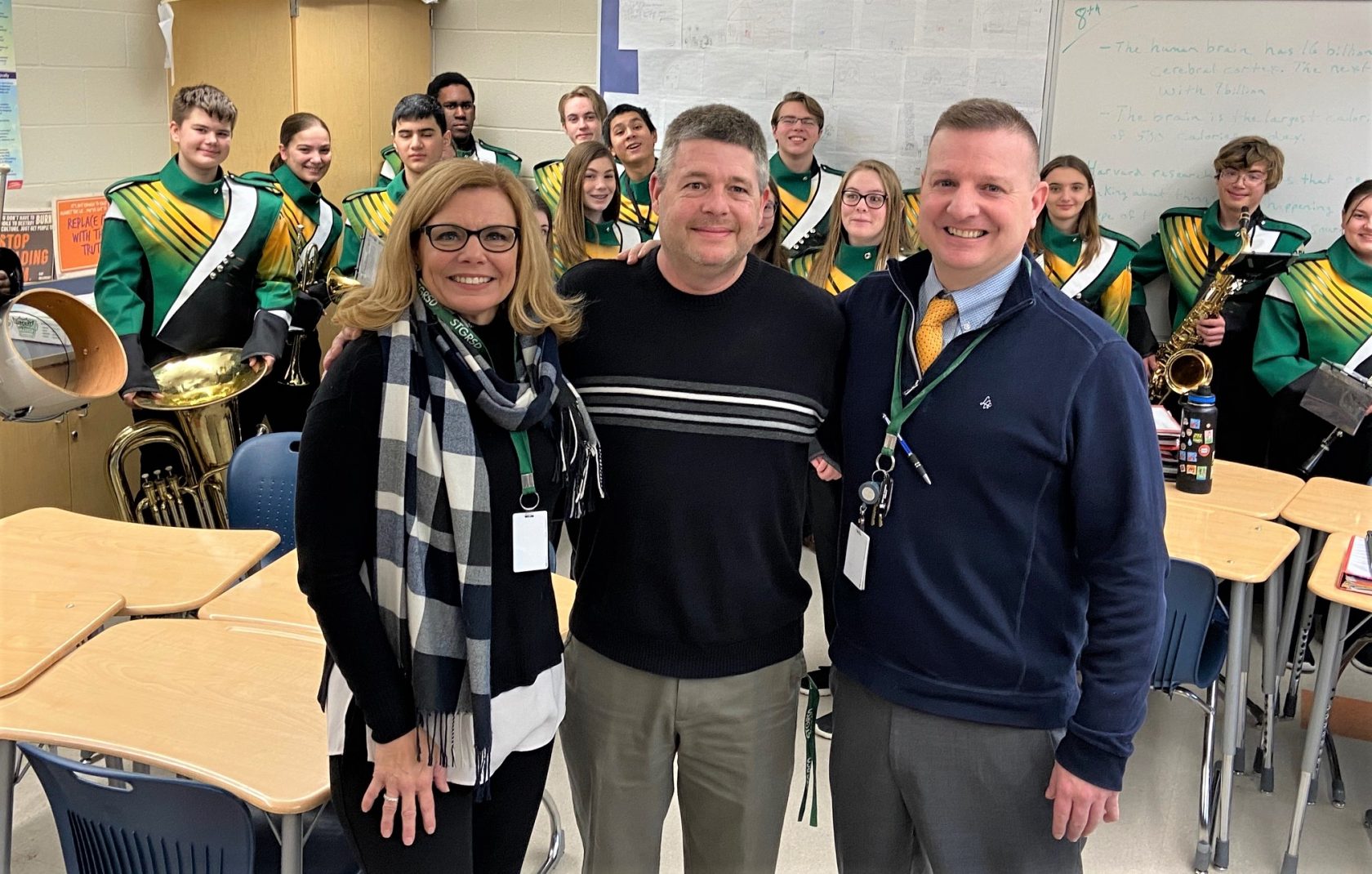 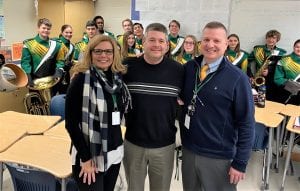 The band played “YMCA” as it circled the center hallway before parading into Grant’s classroom where Superintendent Jennifer Willard surprised him with a Pioneer Valley Excellence in Teaching Award, a program of the Harold Grinspoon Foundation.

Grant said he was overwhelmed when the band, and his wife and two of his children, entered his classroom.

“I’m humbled,” said the 22-year teaching veteran. “It’s nice to be recognized by the people you work with.”

Several of Grant’s colleagues nominated him for the award, which includes a cash prize, opportunity to apply for a selective Classroom Innovator Prize to bring project-based learning to the classroom, an award plaque, course tuition at a participating college or university, one year membership to WGBY and membership for a limited time at a participating YMCA and the Springfield Jewish Community Center. Grant will also be included in an awards banquet for teachers across the Pioneer Valley.

Willard said Grant goes “above and beyond” the call of duty for his students, co-workers and families.

“He establishes great relationships with his students and they do more for him and really work hard,” Grant said.

“He collaborates and is ready to learn,” she said.

“He’s supportive of his colleagues and kind and gentle with students,” Anderson said. “And he is an innovative and critical thinker.”

“He’s a support for everybody in the building,” he said. “He will do anything for the betterment of his students.”

Grant’s ability to connect with students was touted by those who nominated him. Grant said, having insight into his student’s lives helps him connect with them. His secret to his insight is that he listens.

Grant has taught grade 7 and 8 at the Regional School for the past six years and previously taught at the Granville School. He has his certificate in administration and would consider shifting gears at some point, but for now, he wants to stay connected with his students in the classroom.

“Right now, I love coming to class,” he said, noting that after more than two decades in the classroom, some things have changed, but some remain the same.

“At the end of the day, kids are kids and you have to keep your sense of humor and enjoy these moments with them.”

A second teacher in the Southwick-Tolland-Granville Re gional School District will also be surprised with the award another day.