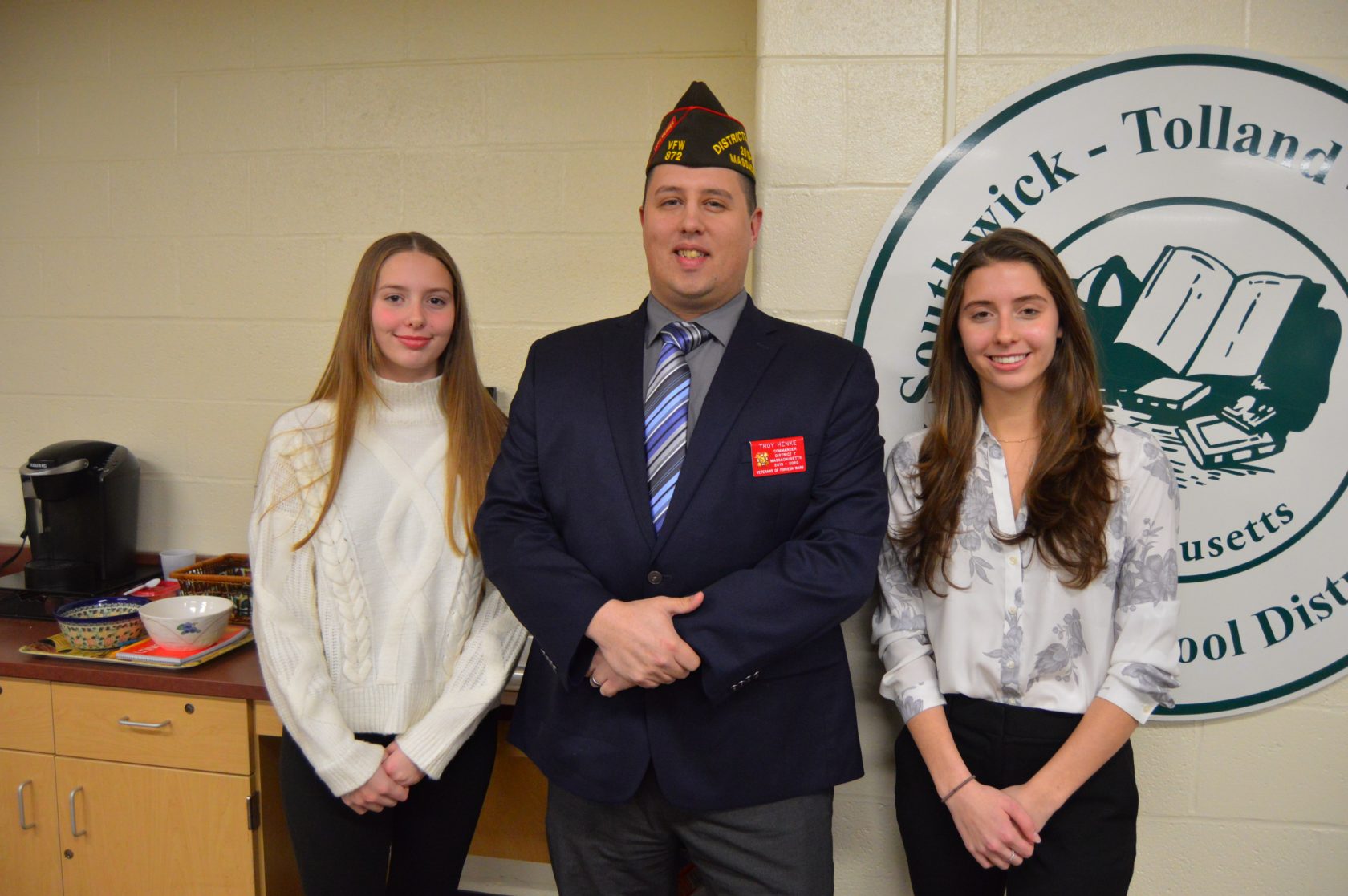 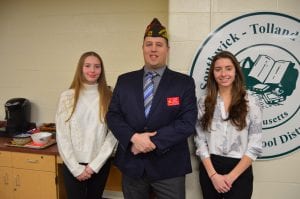 SOUTHWICK –  Patriotism is alive and well among Southwick’s youth.

Two Southwick students were announced Jan. 21 as the winners of two writing contests during the Southwick-Tolland-Granville Regional School Committee meeting for their submissions to a VFW writing contest.

Her sister, Clare Hanna, was also presented with the award for the Voice of Democracy writing contest in which she was to write an essay with the same prompt and also record herself reading the essay out loud. Clare’s essay won the contest out of the entire district, meaning that her essay will now be judged against other submissions across the state. She will find out if she has won the state contest  Jan. 26 in Leominster.

“From there if she comes in first place the next stop is Washington, D.C. for the national contest,” said Henke.

The Hannas were awarded with $125 and $50 respectively for winning their contests. The Patriot’s Pen was meant for students in grades seven and eight while the Voice of Democracy contest was for grades 9 through 12.

“We are hoping to make contact with teachers to make these writing exercises to increase participation, that seems to be the most effective way for a teacher to make an assignment one day. Then if the work is good enough, they just have to fill out the entry form,” said Henke.