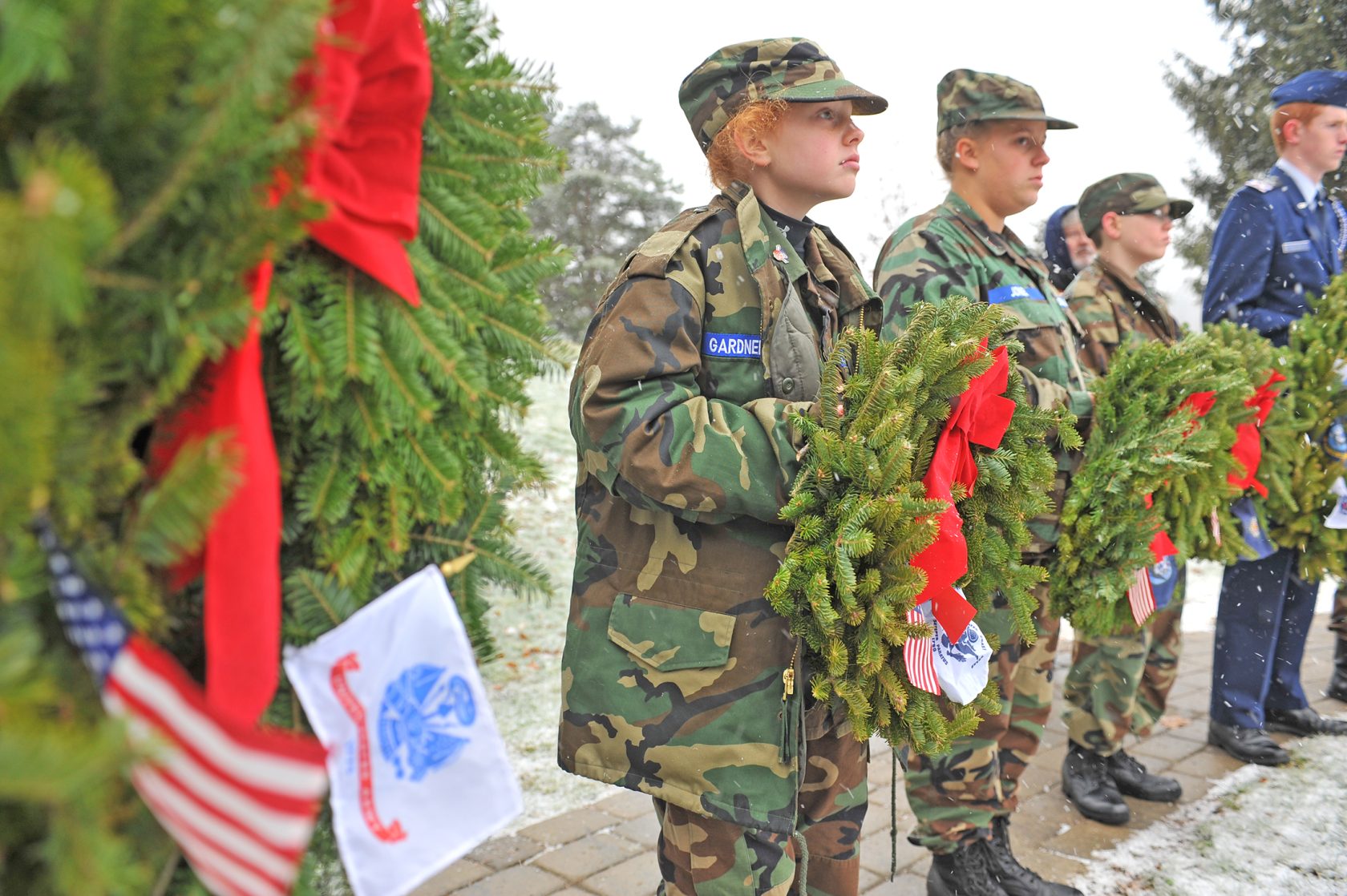 SOUTHWICK- The Southwick-Tolland -Granville Regional School Committee Jan. 21 recognized the students and faculty who organized the district’s involvement in Wreaths Across America at the Veteran’s Memorial Cemetery in Agawam in December.

Southwick Regional School Assistant Principal Michale Pescitelli and students Clare and Grace Hanna were recognized by the school committee after they were able to help raise more than $3,000 in the Wreaths Across America drives. The three spoke about how they ran the fundraising aspect and how they would like to handle the event at the end of this year.

“The fundraising we tried to go with this year were the penny wars and the dodgeball tournament,” said Clare Hanna, adding that they also received three wreaths to be displayed at the school next to three veteran’s plaques that are on display.

Through their efforts they were able to sponsor 200 wreaths for the Dec. 13 event. Wreaths Across America Day is when thousands of wreaths are placed on the graves of veterans across the country.

Clare said that their original goal was to raise $700 and sponsor 50 wreaths. She added that they would like to expand the project next year to include more of the schools in the district.

Members of the School Committee asked the Hanna sisters what the most difficult part of the process was. Clare Hanna said that the most challenging part was coming up with ideas for fundraising and wrapping one’s head around what the impact they made was.

“When we actually went there in December it was crazy to see what section we donated to,” said Clare Hanna.

Wreaths Across America began in 1992 when the owner of Worcester Wreath Company, Morrill Worcestor, had a surplus of wreaths as the holiday season began drawing to a close. He decided to take those wreaths and deliver them to Arlington National Cemetery and have them placed on graves in the older part of the cemetery that doesn’t get many visitors.

“Their main vision is really just to be able to pay respect and honor our veterans and also honor those who laid their lives for our country.” said Pescitelli in September. “The followup item to that, the piece that is the most important thing is around education. Not just for the whole entire country but our youth.”