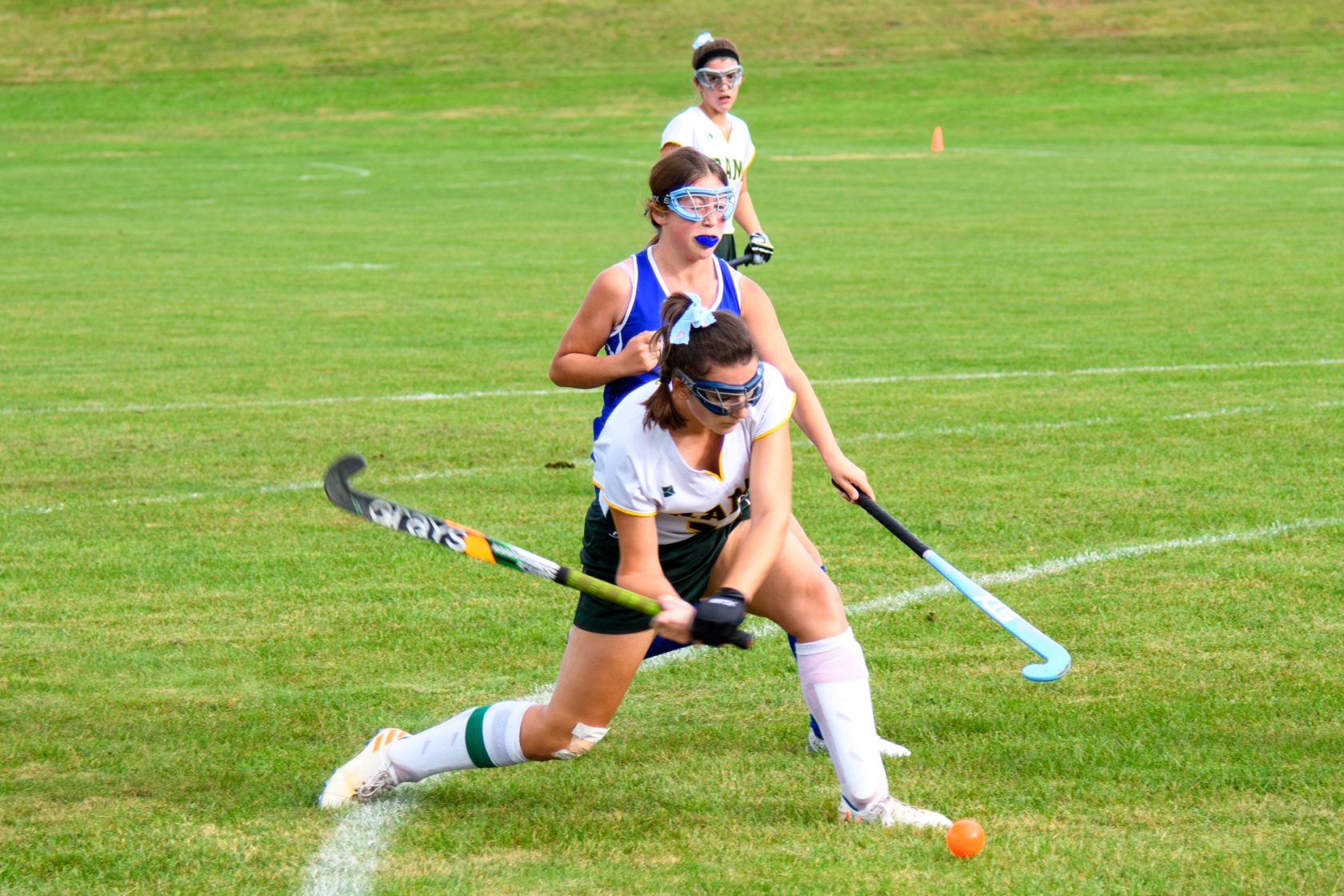 SOUTHWICK – Southwick senior Devan Fox had the first and last word in the team’s latest effort, a 6-1 win over visiting Turners Falls Wednesday.
Fox scored two goals against Turners, the first of which came in the opening minutes as she led a wave of players toward the net, washing over the defense and Thunder goalie David Stowe with a score. Her final goal came late in regulation on a long shot that struck the back of the net.
“I was ready,” Fox said. “I just wanted to score and be aggressive.”
After Turners knotted the game at 1-1 with a goal from Brooke Thayer in the fifth minute, it was all Southwick after that. 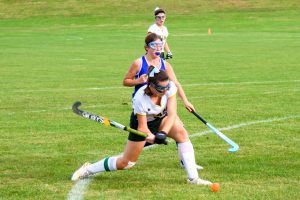 Alyssa Jacob helped Southwick regain a one-goal lead with a second quarter goal set up by Gabby Smigiel. In the third quarter, the Rams built a 4-1 advantage with consecutive goals from Avey Glynn and Agatha Hatzidakis.
Turners attempted to chip away at their deficit, even getting a one-person advantage when Southwick drew a card for a penalty. But the Rams defense successfully killed off their penalty, maintaining their three-goal lead.
Southwick took a 5-1 lead when Hatzidakis scored her second goal off a pass from Smigiel. Fox tallied her second goal in the waning minutes.
Marisa Coviello also finished with an assist for Southwick, which enjoyed a successful offensive outing.
“Our strategy was to keep cutting in front because that was one of the things we’ve been working on in practice lately, just cutting in front of the defenders and just keep moving, keep talking,” Fox said. “We really just wanted to pass it to the open spaces wide in the circle and then just crash the net.”
Ezri Johnston made one save for Southwick, which continues to get closer to crashing the postseason party. With Wednesday’s victory, the Rams improved to 5-4-2.