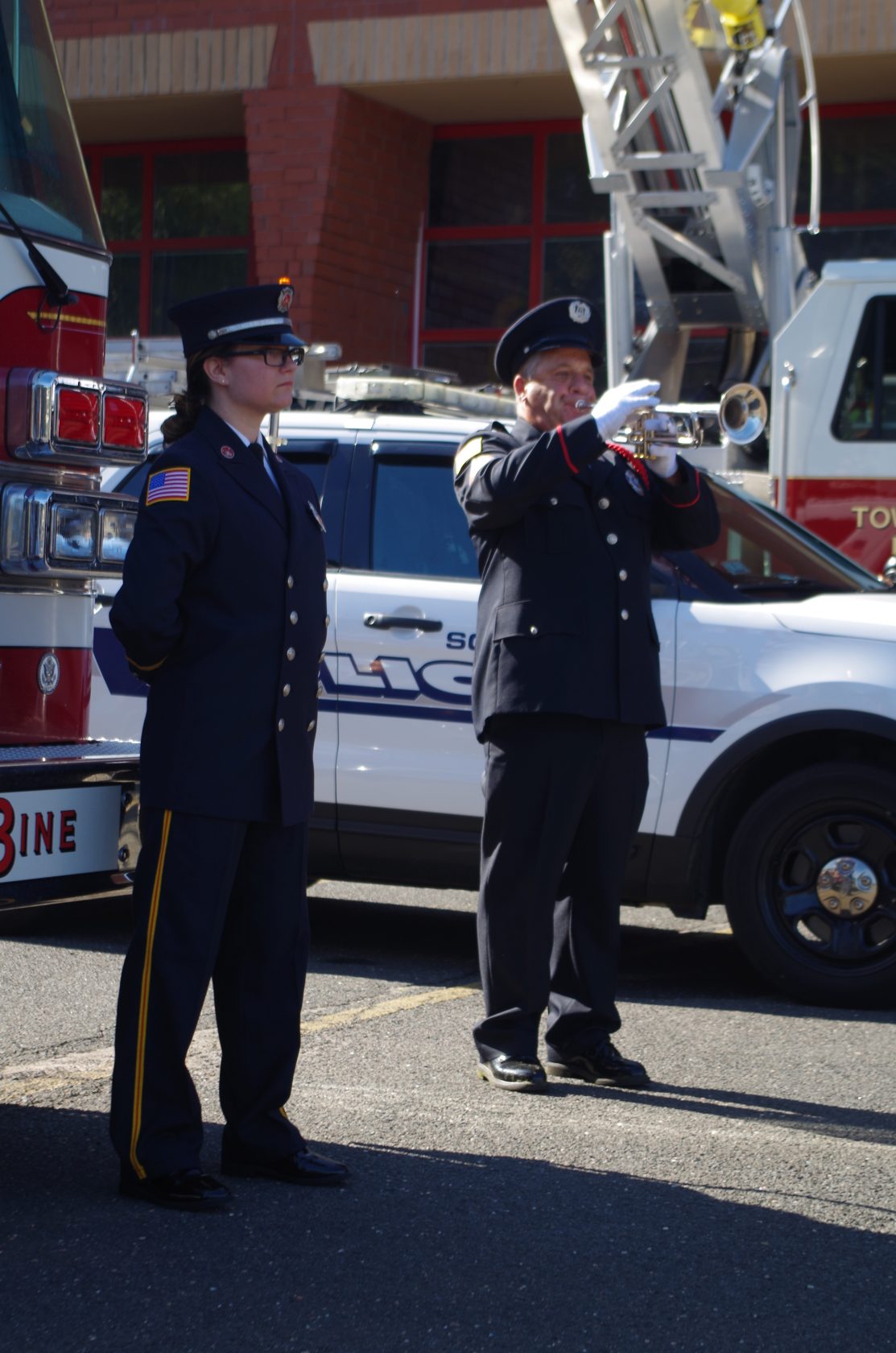 SOUTHWICK — Twenty years after the terrorist attacks of Sept. 11, 2001, those who lived through it are starting to forget how it felt, Southwick Fire Chief Russell Anderson said on Saturday. And enough time has passed that today’s children and young adults weren’t even alive to experience the tragedy. 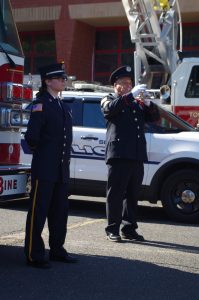 Bugler Steven Ferrari, a Southwick resident, plays taps during the town’s 9/11 memorial ceremony at the Southwick Fire Station on Sept. 11. Standing next to him is Firefighter Angelina Avondo. (MICHAEL BALLWAY/THE WESTFIELD NEWS)

He said he tries to remind his firefighters and EMTs of the example set by the first responders in New York City and northern Virginia, where hijackers crashed airliners into the World Trade Center towers and the Pentagon. Those emergency crews saved lives on one of the worst days in American history, just as local officers bravely try to help fire or car crash victims on what are likely some of the worst days of their lives.

Police Lt. Rhett Bannish spoke about how society has changed in response to the terrorist attack, with new safety and vigilance measures that have prevented further attacks on that scale. He also said Americans should remember the bravery and compassion of that day.

“While we stand here today and think about the fear, pain and suffering that was endured 20 years ago on this day, we must also remember and celebrate the acts of sacrifice, honor and heroism which resulted from the largest terrorist attack in American history,” he said. 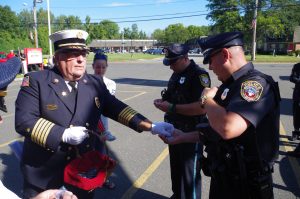 For Select Board member Douglas Moglin, who grew up in New Jersey, “9/11 is personal to me.” As a youth, he commuted into New York City for work, getting off the train at the World Trade Center station. His brother had taken the same route on the morning of Sept. 11, 2001, before the attack.

He said he’s been to every 9/11 memorial event in Southwick except one, because it’s important for him to remember the victims of the attack and honor the sacrifices made by first responders, more than 400 of whom died that day.

It’s also important to remember how America came together, in the shadow of tragedy, to support the victims and their families, Moglin added. 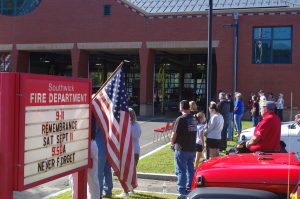 “We need to teach our children what we felt on that day, and the swelling of national pride in the days and weeks after,” he said. “We must remember the dark days that make our country come together and make us stronger as a nation.”

In addition to the remarks, the 9/11 memorial event also included the playing of taps, a recital of the Firefighter’s Prayer, a prayer led by Fire Chaplain Dan Valeri, and the tolling of the “four fives,” a bell code that signifies a firefighter lost in the line of duty.