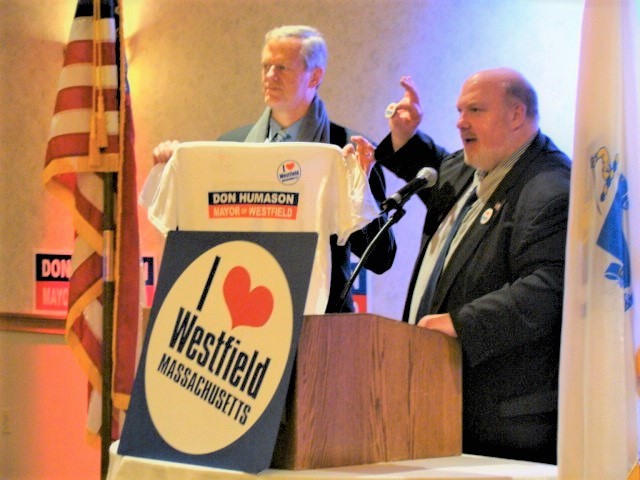 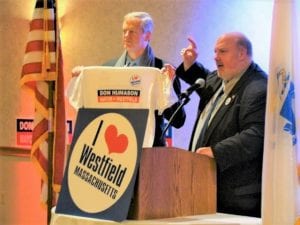 WESTFIELD – Mayor-elect Donald F. Humason Jr. said this week he is not sure when he will submit his resignation to the Senate.

Humason, a Republican, has been the state senator for the 2nd Hampden and Hampshire District for the past six years but will relinquish that role to become Westfield’s mayor.

A special election for his seat will be set by the Senate once Humason submits his letter of resignation. Humason said Nov. 20 during his farewell address to his Senate colleagues that his resignation would take effect when he is sworn-in as mayor Jan. 6, but he did not indicate a date he planned to submit a resignation letter.

State Rep. John C. Velis, D-Westfield, has already begun his campaign for the seat and, so far, is the only person who announced his intended candidacy. Any candidate for the special election Senate seat must fill out nomination papers and collect 300 signatures to be on the ballot.

Debra O’Malley, spokeswoman for State Secretary Francis Galvin’s Election Division said her office couldn’t begin the special election process until the date is set by the Senate, which cannot be done until a resignation is received.

“He could submit his letter of resignation today, effective Jan. 6, and the Senate could start the special election process,” said O’Malley.

“Some of you may remember that before I was a senator I served in the House of Representatives for 11 years and that I came into the Senate on a special election replacing Sen. Mike Knapik,” he said during his farewell address. “In fact, I was sworn-in six years ago on this very day. It has been quite an amazing ride. My words today are full of gratitude and appreciation.”

O’Malley said it takes 12-15 weeks for her office to prepare a special election and she hopes the Senate schedules it the same day as the presidential primary election, March 3.

“If Senator Humason does not resign until he is sworn-in, the process could take longer,” she said, noting that a special election cannot take place until after he becomes mayor, but the planning process could start sooner.

She said having the special election the same day as the primary would save towns money. The 2nd Hampden and Hampshire District includes 11 communities, all of which need to have a special election. The communities include Agawam, Chicopee, Easthampton, Granville, Holyoke, Montgomery, Russell, Southampton, Southwick, Tolland and Westfield. An election just in Westfield costs the city upwards of $30,000.

“We take care of the cost of printing the ballots, but each town incurs costs for an election,” O’Malley said, citing poll workers and police details.

The district will be without Senate representation between the time Humason is sworn-in as mayor and a special election is held.

“Our preference is to have it the same day as the primary, but it’s up to the Senate,” O’Malley said.