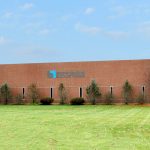 The exterior of Berkshire Industries located at 109 Apremont Way, Westfield.

WESTFIELD – Two separate cannabis businesses, –a testing lab and micro grow operation – were granted special permits and site plans for different buildings at 109 Apremont Way, the site of the former Berkshire Industries which closed in 2017.

SafeTiva Labs is proposing a cannabis testing facility that will test products for sale in Massachusetts for heavy metals, microbes, pesticides, potency and residual solvents, and report results to the Cannabis Control Commission (CCC).

“The state requires all cannabis sold in dispensaries to be tested. We would be performing state required tests. The products that we test are based on consumer demand. All equipment is meant to test five required tests, and requires 3 grams of sample for every 10 pounds grown and dried,” said Megan Dobrow, a Hampshire College professor with a P.D. in molecular biology from CalTech, part of the founding team.

Also representing the company was Matt Arsenault, a chemist and cannabis testing consultant who has helped other cannabis testing labs in New England with their operational plans, licensing plans and setup.

The pair said there are currently three labs in the state, all outside of Boston, none in western Massachusetts. When asked about this, Dobrow said there is one other lab with a provisional license in Holyoke.

A representative of R. Levesque Associates said the operation would use the existing facility with minimal changes to the property or parking lot. He said the property is under common ownership, and leased to the tenants, and the special permit was due to its proximity of less than 300 feet of residential use.

When questioned about smells coming from the testing lab, Dobrow said they would be working with small amounts, and there have been no reports of smell around testing labs. “We don’t anticipate any smell coming from our building,” she said.

Arsenault said the CCC requires the testing of all products and producers. The 3 gram sample would be driven to the lab by the producer for testing. The remainder of the sample would go into frozen locked storage for six months as defined by the CCC, then submitted for destruction off-site. All samples would be rendered unusable.

Arsenault said the products to be tested could come in as raw flowers, rolled joints, salves, edibles such as fruit chew gummies, and topical syringes. Products have to be tested before public consumption, and come to the lab in their final form.

Planning Board chair William Carellas asked if the lab would be comparable to a soil or water testing lab, and Carellas said it would be very much the same, and include water and soil, as growth media also has to be tested.

Dobrow said the security plan is similar to that of grow facilities, and had been endorsed by Westfield Police Chief Lawrence Valliere. “We’re not a good target for theft. All samples are mixed with solvent, and rendered totally unusable,” Dobrow said, adding that it would be a very discreet operation, with no mention of cannabis in signage, and all windows would be tinted with film and alarmed.

More concern was expressed about the application for the micro-grow operation Hidden Hemlock, LLC to be located in another building at 109 Apremont Way.

Brothers Jeff Bellino and Greg Bellino said their business had received a provisional license from the CCC for the town of Middleborough, and had been vetted by that town. They said they are from western Massachusetts and decided to ask for a change of location to Westfield.

They said the proposed microbusiness is the smallest sized cannabis and processing business allowed, at up to 5,000 square feet, and are looking to lease an existing building at 109 Apremont Way for the grow operation. The special permit was triggered due to proximity within 300 feet of a residential abutter.

The Bellinos said the facility would not be open to the public, would have four employees, and minimal traffic. They said the whole operation would be in a sealed facility within the building, and would keep odor below the threshold, and that their security plan had been approved by Valliere. They said they also just signed a Host Community Agreement with Mayor Donald F. Humason Jr.

Attorney James McMahon, representing the Bellinos, said the microbusiness license is a separate category which requires the owner to be a Massachusetts resident, and is the only license the owner can hold. “It’s very tightly run,” he said.

McMahon added that the biggest advantage is that all of their plans had already been vetted by the CCC for the provisional license. He said they were two-thirds of the way through the process

Carellas said he had received a letter from an abutter opposed to the business, due to the smell from a growing facility. Carellas agreed that every cultivating facility he had visited had discernable smells.

The Bellinos, one of whom is an environmental engineer, said the growing rooms, which would be bedroom-sized, would be sealed medical grade rooms with no outside air with HVAC. They said their operation would be small, and the odor control oversized.

PLanning Board member Jane Magarian said the grow operation would still be within 300 foot of a residential house with a 13-year old, according to the letter.

The Bellinos stressed the small scale of their operation, with three to five employees anticipated at its peak. “Berkshire Industries had 150 employees. The windows will be blacked out,” Greg Bellino said.

Other members of the Planning Board agreed that this would be one of the least obtrusive businesses that could operate on the property.

After further discussion, a vote was taken which passed with Magarian and Cheryl Crowe voting no. A special condition was added to the permit requiring no discernable smell.