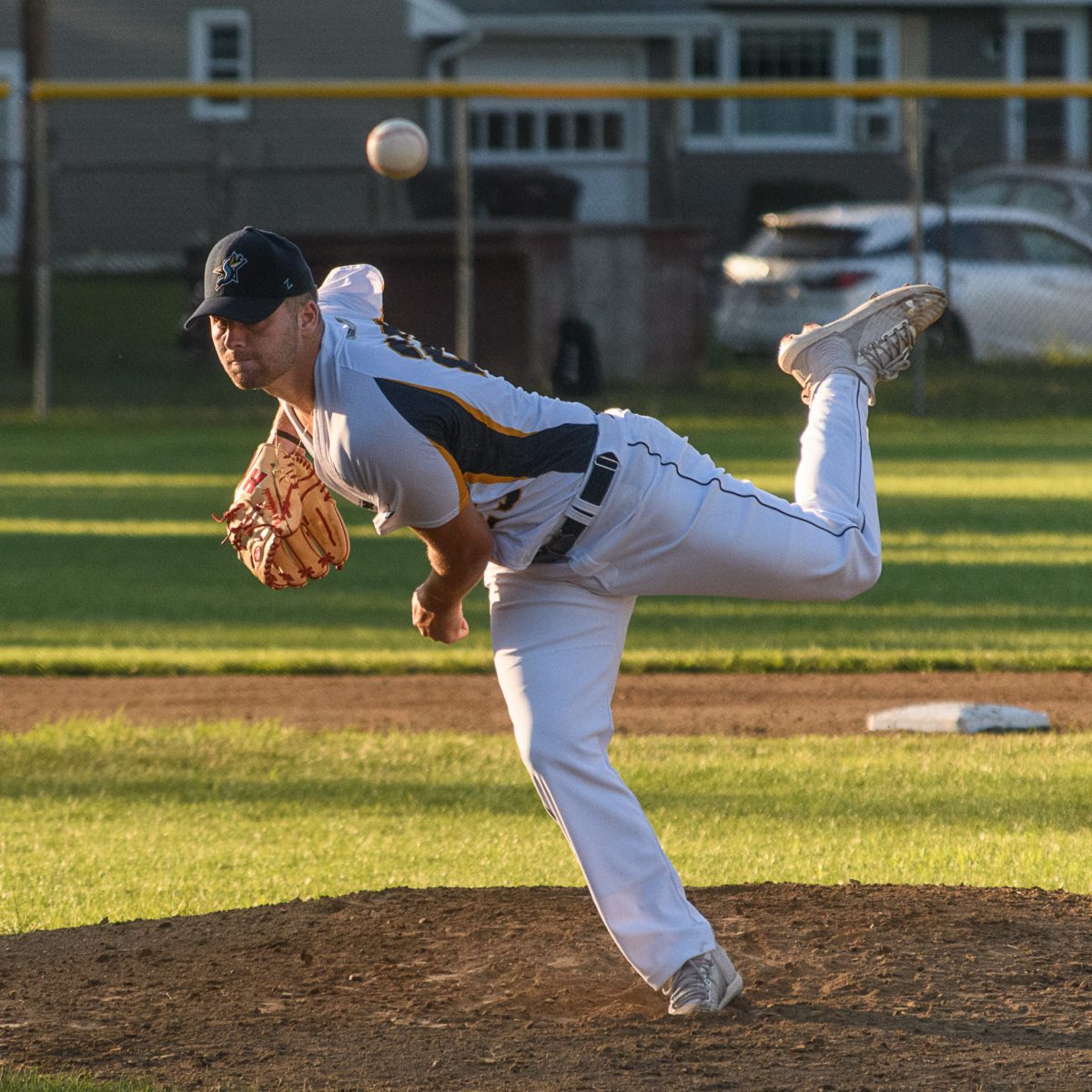 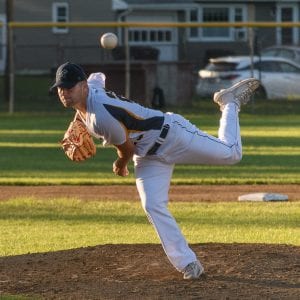 NEW BRITAIN, CONN. – West Springfield native Nick Dombkowski made his big screen debut and it turned out to be well worth the wait.
Dombkowski (University of Hartford) punched out nine batters in six scoreless innings of no-hit ball as the Westfield Starfires held off the New Britain Bees 2-0 in a Futures Collegiate Baseball League game Monday night at New Britain Stadium. It was the first game in FCBL history that was regionally televised by New England Sports Network.
“There was a little bit of a buildup, more cameras were set up, and more interviews,” Westfield Starfires field manager/head coach Tony Deshler said. “It was huge for Westfield and Starfires. I know there are two more (FCBL) games on NESN, and I may be biased, but I know matching the product will be tough baseball.”
Dombkowski got into a first-inning jam, but cruised from that point on.
The first two New Britain batters reached base against Dombkowski to begin the game, but with runners on first and third and no outs, the Starfires southpaw recorded a strike out and – after his catcher gunned down a base stealer at second base – a fly out to quell the threat.
Dombkowski settled in and recorded one out after another as the innings breezed by.
“(Nick) was just really on the attack after he got past that first inning blip,” coach Deshler said. “All three pitches were working. When he’s on, no one looks comfortable when facing him.”
Westfield spotted Dombkowski two runs – one run in each of the fifth and sixth innings – and it proved to be more than enough.
After four innings of goose eggs on the scoreboard, Westfield cracked a run with a Eric Callahan (Millersville University) RBI single off New Britain reliever Emmet Sheehan (Boston College) in the top of the fifth. The Starfires loaded the bases in the inning but the Bees kept the game within reach with a strikeout to end the threat.
Johnny Tuccillo (Stony Brook University) homered in the sixth go give the Starfires a 2-0 lead.
Pat Gallagher (UConn), Alec Baker (Dallas Baptist), and L.T. Pare (Merrimack College) combined to provide scoreless relief from the Westfield bullpen. Reggie Crawford (University of Connecticut) earned a save, striking out three batters and walking three.
Starfires’ Drew DeMartino (University of Hartford) went 2-for-4 with a walk, Anthony Porrino (Sacred Heart University) and Andre Marrero (Quinnipiac University) each doubled, and Crawford scored a run.
With the win, Westfield (10-14) leapfrogged New Britain (10-16) in the standings. The fifth-place Starfires are just 3.5 games out of a playoff spot, trailing second-place Nashua (14-11) and league-leader Worcester (15-8).
NOTES: Westfield’s game against North Shore was postponed Tuesday night due to the tropical storm. The Starfires play at the Worcester Bravehearts Wednesday before returning home for a double header Thursday against the Brockton Rox. Game time at Bullens Field is at 3 and 6:30 p.m.