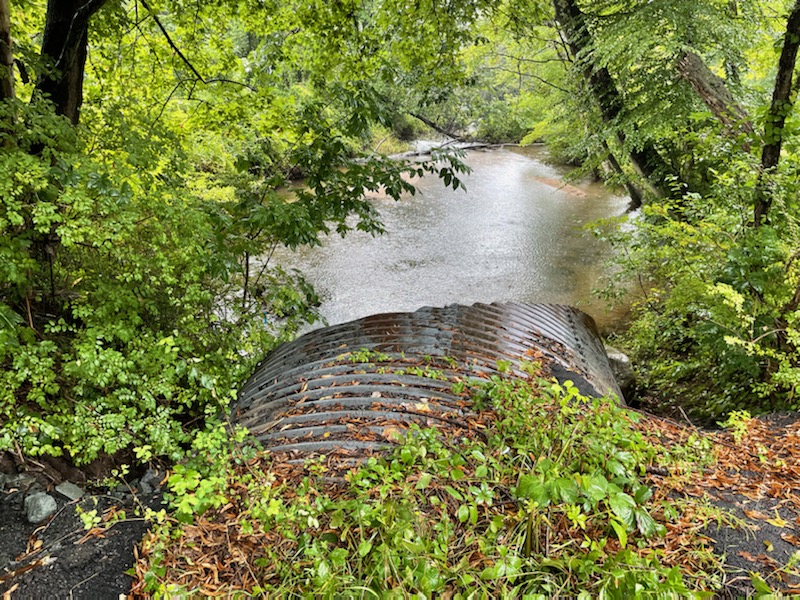 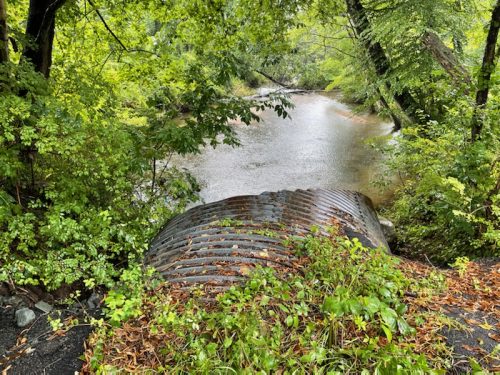 WESTFIELD — When Mayor Donald F. Humason Jr. arrived at the Legislative and Ordinance Committee meeting on Sept. 1 he was drenched, having come from a visit to the City View culvert bridge over Jack’s Brook, which had just been declared unsafe by MassDOT, closing City View Road between City View Commons and Valley View Drive.

The mayor had come to the L&O meeting to present a resolution to accept American Rescue Plan Act funding in the estimated amount of $17.3 million.

Humason said he received a call from Police Chief Lawrence P. Valliere at 4 p.m., and he went down to meet Valliere, interim DPW Director Francis Cain and Deputy Superintendent Casey Berube at the site. He said the MassDOT, which had been inspecting the culvert bridge, made the call to close the road.

Humason described the bridge as basically a corrugated metal culvert in Jack’s Brook that is rusted out underneath and needs to be replaced.

“We’ve been asking the state to replace it, and may be able to use ARPA funds for it,” he said, adding that MassDOT determined that it had no structural strength and a truck could collapse it. 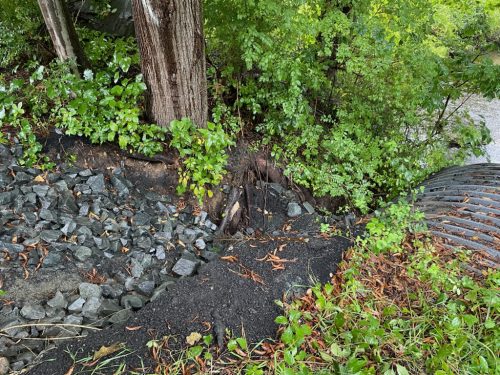 Humason said the city has been adding rip rap to the side of the culvert to reinforce it. (DONALD F. HUMASON JR. PHOTO)

“It’s a culvert we’ve been looking to replace for several years now. It just so happened the state was doing inspections and declared this one unsafe, especially with the heavy rains they were forecasting. It wasn’t safe to keep it open for traffic,” Berube said.

He said the good news is the department has been actively trying to get the culvert repaired for several years.  “We’ve gotten it all designed, engineered, permitted by the state for replacement, and  permitted through the Conservation Commission with state approval.  So the front end work of it is all done. Now it’s just a matter of getting a contractor in place, funding in place, and executing on the replacement,” Berube added.

As far as the cost of the job, Berube said it’s going to depend on what the contractor comes back with. He said there are hidden variables, including a gas line on the south side that will need to be moved by Westfield Gas & Electric.

“It will likely be several months. Once you start a project, there are hidden variables. But it is permitted and approved, so we’re ahead of the game in a lot of regards,”  he said.

Berube added that the bridge on Loomis Street was also being closed by the state Sept. 2 and deemed unsafe. He said the state will reinspect it once the water level goes down, and make sure the substructure has not been compromised.

Cain said that City View is both a culvert and a bridge, and the city is ready to get it repaired. “We applied for grants to repair it as a culvert and when turned down for that we went in for a bridge replacement grant as it fit that description as well,” he said.

“We have all of the design work done and have the conservation permits, so we are in very good shape to move this along more quickly than if we did not have a lot of the ground work done to this point,” he added.

City Engineer Mark Cressotti also said City View needs to be fixed because it will serve as a detour for Cowles Bridge during some construction phases in the future.

Purchasing Director Tammy Tefft said the project does qualify for ARPA funds because it is stormwater infrastructure. She said it also qualifies for the State Revolving Fund Loan program, which is tied to ARPA funds.

At the L&O meeting, Ward 4 Councilor Michael Burns asked Tefft if the approval of the ARPA funds at the City Council meeting on Sept. 2 was time-sensitive, and what would happen if they weren’t accepted.