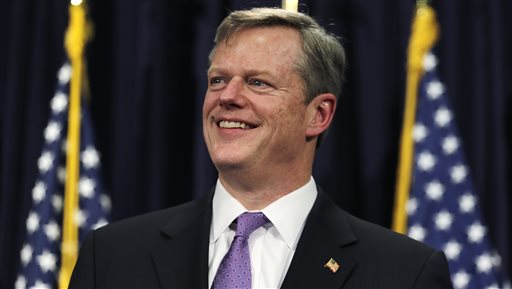 MARCH 23, 2020…..Joining states like California, New York, New Jersey and Connecticut, Gov. Charlie Baker on Monday ordered all non-essential businesses to close their physical operations to workers and customers beginning Tuesday at noon, taking a step he has resisted for days while at the same time telling residents they would not be confined to their homes.

The order from the governor also further restricts public gathering to no more than 10 people, down from the previous 25, and the Department of Public Health is newly advising people to stay home and “avoid unnecessary travel and other unnecessary activities” for two weeks.

The steps outlined by Baker at a Monday morning press conference were the most aggressive taken yet by the administration to try to enforce social distancing to slow the spread of COVID-19. They were taken as calls were mounting from legislators for such an action, and local communities were beginning to do it on their own.

“It’s not lost on me or anybody else in our administration that many businesses, locally grown and owned by our neighbors and friends are the business most unlikely to be able to put in place remote or telework policies,” Baker said. “But I also know that by taking this action now we can significantly improve our position in this fight to slow the spread of this virus.”

“Acting now to prevent more person-to-person interaction and spreading the virus will buy us more time so our health care system can prepare for a challenge unlike any they’ve seen before,” Baker said.

The order, which comes two weeks into the state of emergency in Massachusetts, will remain in effect until noon on April 7, unless extended. It was issued after the number of coronavirus cases here grew to 646 over the weekend, with 71 patients hospitalized with COVID-19 illness and five deaths attributed to the virus.

Essential businesses that will be exempt from the order include grocery stores and the businesses that support them, including delivery and packaging operations, gas stations, pharmacies, medical facilities and pharmaceutical manufacturers.

Restaurants offering take-out food can also continue to operate. Package stores are included in the exemption for food and beverage businesses, Baker said, and medical marijuana dispensaries will remain open, but recreational pot shops must close.

The governor also said the MBTA would continue to operate, but urged people to only use the T if necessary.

“Just because the T is open doesn’t mean we think it’s a good idea to take the train downtown to meet up with friends,” Baker said.

The closure of non-essential businesses differs from the type of “shelter-in-place” order that has been rumored for days in that Baker said he does not want to order people to stay in-doors.

“I do not believe I can or should order U.S. citizens to be confined to their homes for days on end. It’s doesn’t make sense from a public health point of view, and it’s not realistic,” Baker said.

The governor, however, is advising people to avoid unnecessary interactions with others where the virus can be spread, and directed DPH to issue social distancing and self-isolation guidelines for essential businesses that will remain open and the public. That is especially true for people over 70 years old or with underlying health conditions, the governor said.

“If you are at the park, there shouldn’t be any pick-up basketball games, touch football games or activities or events that create the person-to-person contact we are seeking to eliminate that spreads the virus,” he said.

Baker said he reached the decision to close all non-essential business after speaking with other governors, reviewing other state’s orders and guidance from the federal government and consulting with health experts.

Ahead of a planned meeting at noon with legislative leaders on Beacon Hill, Baker also said that his administration has made progress in securing some additional personal protective equipment for health care workers who had reported having to reuse masks and other gear.

The governor said that he has had conversations with federal officials in which “they’ve made commitments” for additional equipment from the federal stockpile, but he said the state has also successfully put in “confirmed orders” through U.S.-based manufacturers for “millions” of masks and swabs.

“Confirmed, but we need to actually see them get delivered,” Baker said.

The state is also working with organizations to source equipment from manufacturers in other parts of the world.

Health and Human Services Secretary Marylou Sudders, who is leading the state’s day-to-day response to the coronavirus outbreak, said that the Massachusetts Emergency Management Agency had personnel out on Monday collecting supplies that had been donated through an effort spearheaded by the biotechnology industry.

Sudders also said that so far hospitals have not identified any critical shortages of pharmaceuticals, but that it was an area being monitored “very, very closely.”

With public and private testing expected to ramp up this week to as many as 3,500 people a day, Sudders said the state is working with private labs to make sure they’re reporting not just confirmed cases, but total number of samples tested.

Conversations have also been initiated with deans of the public health schools in Massachusetts, as well as the medical schools whose resident physicians don’t start their rotations until June, to have students assist the state with contact tracing to identify people who may have come in contact with people known to be infected with COVID-19.

Baker said that based on the details he saw Friday he supports the legislation the House and Senate are expected to pass Monday giving municipalities flexibility to postpone their spring elections, and said he wanted to talk further with Democratic leaders about a renter-homeowner protection bill that House Speaker Robert DeLeo and Senate President Karen Spilka said was in the works.

“You can’t just evict or foreclose on somebody in Massachusetts. You can’t,” Baker said, explaining that an eviction requires a court date and the courts are closed until April 21. He also said evictions require a 60-day waiting period to process, and foreclosure require 90 days.

“We will fully enforce those rules, big-time, and we are anxious to talk to the Legislature about what else they think we might want to do there,” he said.