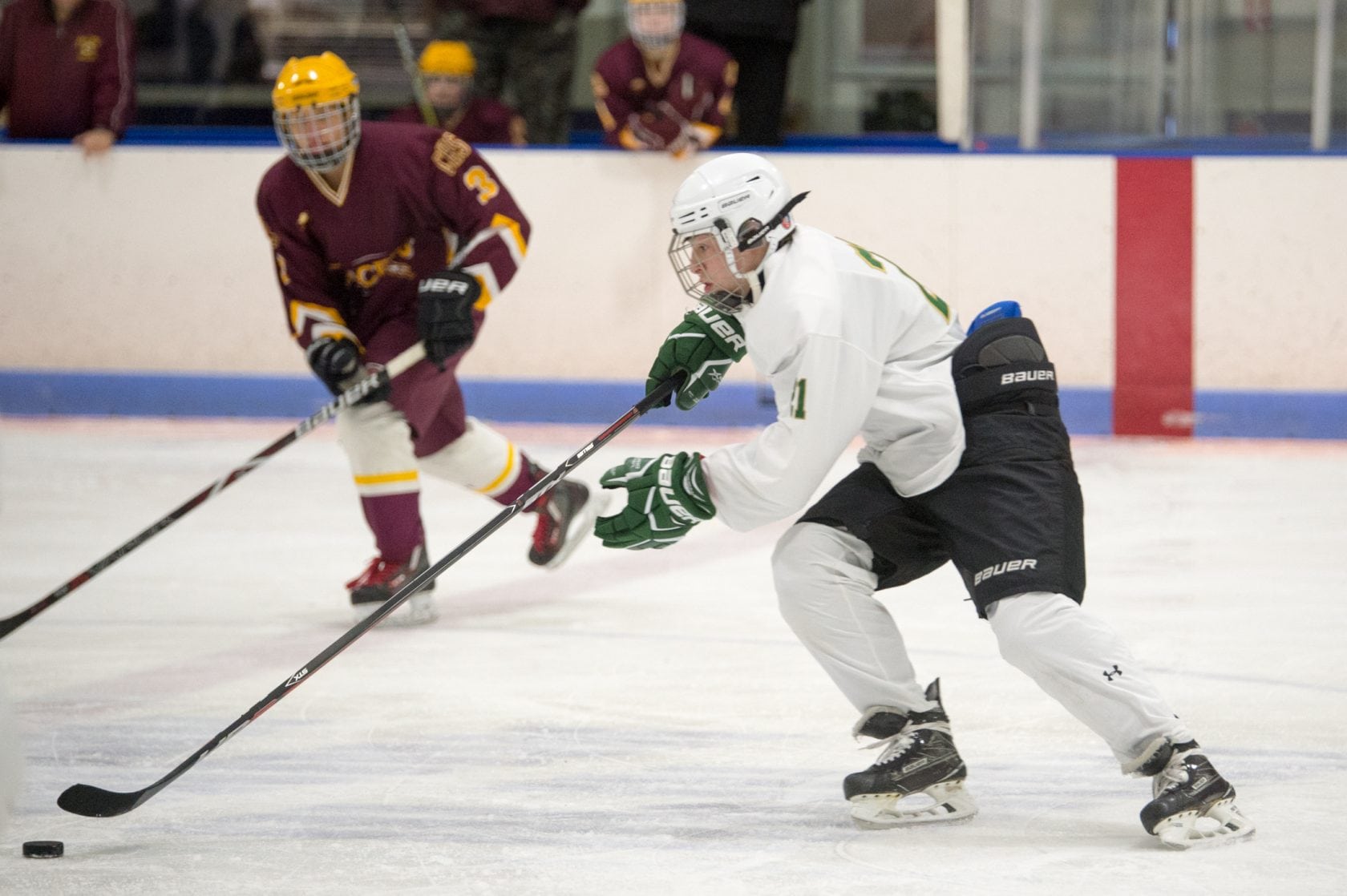 SOUTHWICK – There is excitement building in the air, and it’s not just holiday cheer.
This Saturday, Southwick High School boys ice hockey will officially unveil its first varsity team in school history.
“I love that my kids have the chance to go represent themselves, the community, and their high school,” Southwick ice hockey coach Chris D’Angelo said. “These kids are very appreciative of the hard work by committee members to be in the spot they are.”
The hockey program began two years ago with 13 hockey players. Last season, 17 student-athletes participated. With the school committee’s blessing, the roster this season has expanded to 25 players – many of whom will now participate on the varsity squad.
Southwick will step right into the spot vacated by St. Mary in the Wright Division in Division 3A. The Saints folded their program this offseason due in large part to declining participation numbers. 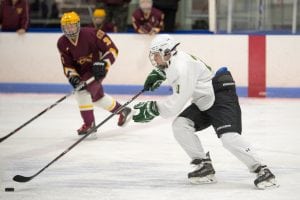 The Southwick Junior Varsity team is seen in action against Chicopee on January 21, 2018. The Rams will step on to the ice as a varsity program for the first time later this week. (Westfield News File Photo)

“As coaches, we are not looking at wins or losses,” said coach D’Angelo, a Chicopee native, who served as the varsity head coach for the Easthampton Eagles from 2014-16.
“We’re looking more at the effort, at playing good, solid hockey,” he said.
Coaches, players, and fans will get their first look at Southwick in action Saturday when the Rams travel to University of Massachusetts-Amherst’s Mullens Practice Rink to take on the Belchertown Orioles. The game begins at 6 p.m.
“Obviously a win (against Belchertown) would be amazing,” coach D’Angelo said, “but right now number one for us is to see what our players are going to do in the game as a team and as individuals.”
“It will be a learning experience to see how we progress from game to game,” he said. “How is each player going to approach their preparation in these four to five days before we play Belchertown compared to the first couple days in between games?”
Southwick will enjoy three “off” days in between the season and home openers. The Rams will welcome the Greenfield Green Wave Wednesday at Amelia Park Ice Arena at 7 p.m.
“We’re looking for a great team effort,” coach D’Angelo said. “It’s a fun time to be in Southwick right now.”
Southwick athletic director Dave Sanschagrin expressed his enthusiasm for the program.
“I know the parents put a lot of effort into (this),” Sanschagrin said. “It’s nice to see support for the team. Any time you can make an addition to any (sports) program, it creates an opportunity for kids to define their niche and passion.”