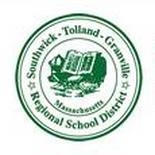 SOUTHWICK – A final report from consultants on the transition of the Southwick-Tolland-Granville Regional School District (STGRSD) was given to the school committee this week.
The consultant team includes Paul C. Gagliarducci, former superintendent of Hampden-Wilbraham Regional, Donna M. Scanlon, former assistant superintendent for curriculum at Hampden-Wilbraham, and Stephen R. Hemman, former Narragansett Regional superintendent.
The three experts assisted the committee and district through the transition of the addition of Granville to the district.
Gagliarducci began by noting that it was a pleasure working with STGRSD.
“We’ve really enjoyed our time here,” he said.
The trio highlighted several transition issues, including contract comparison and review, district policy manual review, district curriculum review, budget and finance practices and procedures, district technology, buildings and grounds operations, central office staffing, and renaming the middle/high school.
Scanlon worked closely on curriculum review and said STGRSD is a “wonderful place to learn, not only for students, but for teachers.”
Scanlon said the district curriculum is set to handle new state standards.
“The process has started and the curriculum across the core subject area is already in transition to match the newly adopted state standards,” Scanlon said.
Scanlon said that regionalization benefits included the ability to align curricula and other programs in the elementary and middle school level so students arrive at the high school with similar levels of experience and expectations.
She did note several differences between Woodland Elementary, Granville Village and Powder Mill Middle schools.
“These and other distinctions imply that the core learning experience in school differs according to where one attends school,” states the report. “Although some variations may be necessary for practical reasons, core experiences should be aligned cross the district to the extent possible.”
Hemman reviewed the buildings and grounds and told the committee the department has “dedicated personnel.”
His recommendations for the department included the addition of a night supervisor and a review of custodial staffing levels.
Gagliarducci reviewed budgets and finance, central office staffing, and technology.
As far as budgeting, he recommended a merging of the three town’s budgets.
“The timeline for restructuring the chart of accounts should be implemented for the FY15 budget,” Gagliarducci said. “The current chart would remain in effect for FY14 budget. This would allow the staff time to create a chart of accounts over a 12-month period working with the current vendor or to look for a new vendor who would serve the district’s financial needs. There will need to be extensive time spent on establishing the account levels.”
Gagliarducci recommended a budget checklist, and said budgets should include all district spending.
As far as staffing at central office, Gagliarducci praised Kathleen Lynch, administrative assistant to Superintendent John Barry, for the numerous hats she wears.
“Mrs. Lynch does a tremendous job and does a lot of work,” he said.
He said the office staff in general is “highly professional” and represent the district well.
He recommendeded the staff job descriptions be updated to reflect the current jobs being done. Other suggestions included assigning a secretary with clerical tasks to the curriculum director and business manager, as well as an assistant to facilitate the work of the technology director.
“The current workload as impacted by state requirements and the implementation of the building project would indicate that the central office is not overstaffed,” stated the report.
When it comes to renaming the district and the new middle/high school, Gagliarducci said there are two different processes to take.
“You can change the name of the highs school as a committee, but if you decide to change the name of your district you have to go to town meeting and get approved from the state,” he told the committee.
Gagliarducci said most regional schools with three or more towns rename the district, rather than just add the town names to the district title.
“Most names of school districts have some relation to the historic or geographic areas there,” he said.
Gagliarducci’s suggested names include Coble Mountain Regional Middle/High School, Provin Mountain Regional Middle/High School, Congamond Lakes Regional Middle/High School, Congamond Valley Regional Middle/High School, and Trap Rock Ridge Regional Middle/High School.