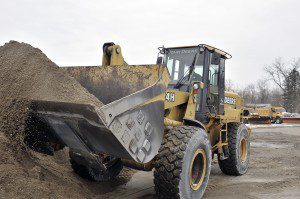 WESTFIELD – Several teams have run into a common opponent, and it’s one they can’t run from.
Mother Nature has forced the cancellation of all sporting events involving the area’s high school teams (Westfield, Westfield Voc-Tech, St. Mary, Southwick, Gateway) for Monday and Tuesday.
The decision was made in accordance with the no-school, no-play policy set in place at several Western Mass. schools after school officials announced that classes had been cancelled Tuesday due to the approaching winter storm.
The entire slate of games has been postponed Jan. 27-28 with several games already rescheduled for Wednesday, and beyond.
“We’re not practicing and we’re not playing,” said Cathedral/WHS Co-Op girls’ ice hockey assistant coach David Pelletier, whose team is now faced with making up two games. “It’s a catch-22. The girls who need the rest are getting the rest.”
Pelletier said his other players will be itching to get back on the ice as soon as possible.
Several games were postponed Monday night, including a resurgent Westfield girls’ hoops team, which was expected to host Agawam. That game will be made up Jan. 30.
Tuesday’s showdown between the Westfield and Northampton boys’ basketball teams was moved to Feb. 9. Westfield Voc-Tech’s trip to Hampden Charter School of Science has also been postponed. That game will now be played Feb. 12.
Athletic directors at St. Mary, Southwick, and Gateway were also working around-the-clock to reschedule games postponed due to the storm.
Tuesday’s Pioneer Valley Interscholastic Athletic Conference ski race was moved to Feb. 3.
All sporting events at Westfield State University were postponed Tuesday and Wednesday