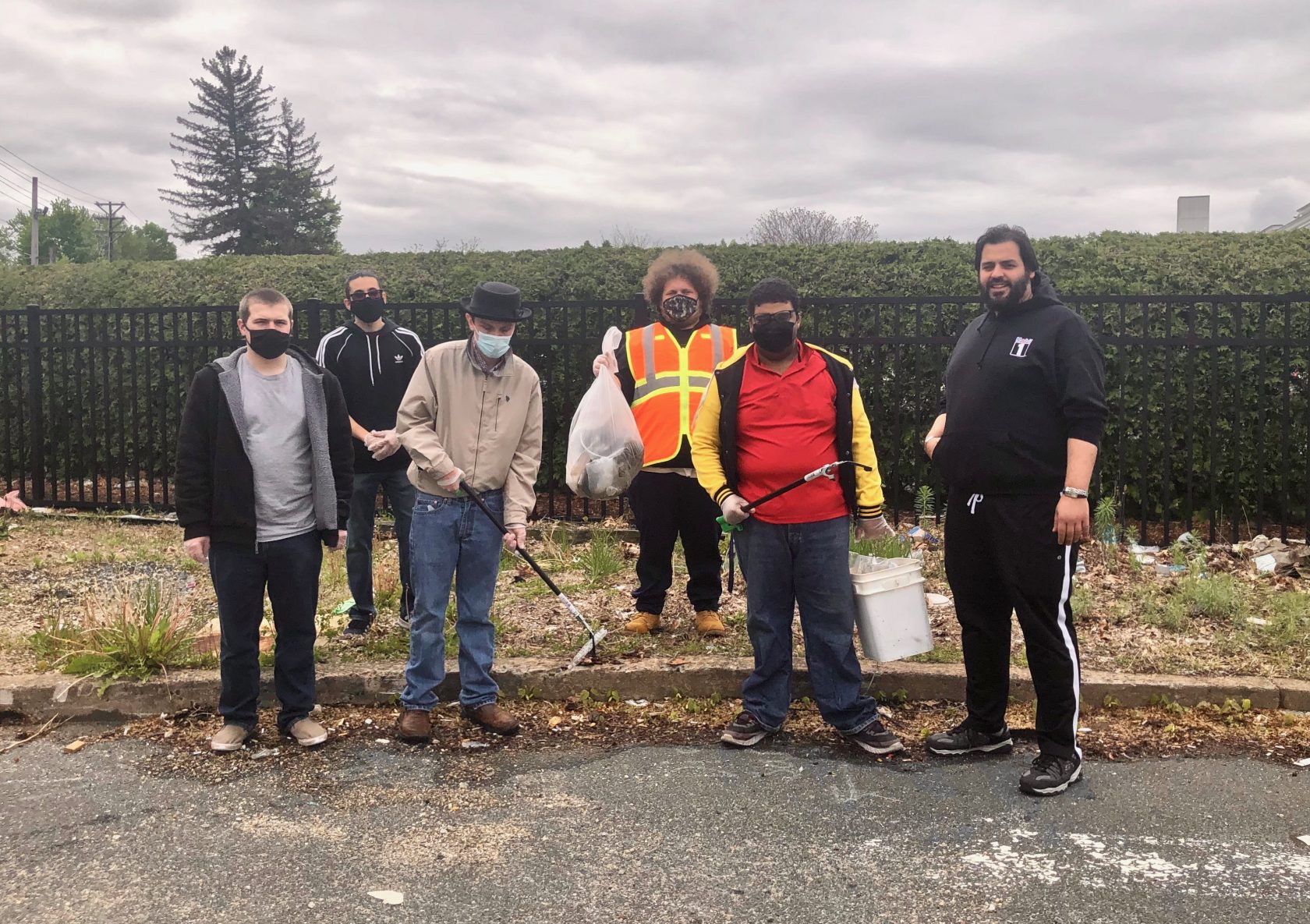 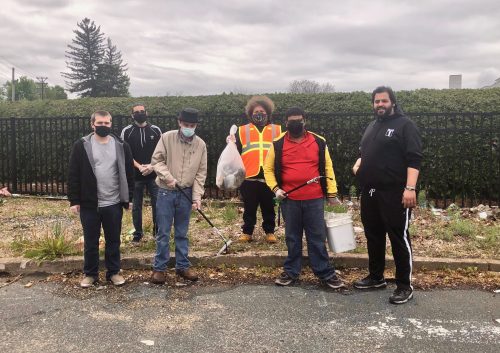 WESTFIELD – Students in Westfield Public Schools community-based transition services, who meet in the Central Baptist Church, have adopted the perimeter of the neighboring Mobil station at 181 Elm St. to keep free of garbage.

“We were so inspired by Sheila Elmer and all of the cleanup she’s been doing in town that we’ve adopted an area at the Mobil Mart,” said Transition Specialist Sherry Elander.

Elander said the new manager of Akach Mobil 2, Belal Akach, has been very nice to the students. “They go there and get snacks, and sometimes might be a little short, and he’s been so kind,” she said.

“They’re a nice group,” said Akach, whose family took over the station two months ago after it was closed for six months. He said the new hours of the station are Monday to Saturday, 6 a.m. to 10 p.m., and Sunday, 7 a.m. to 10 p.m.