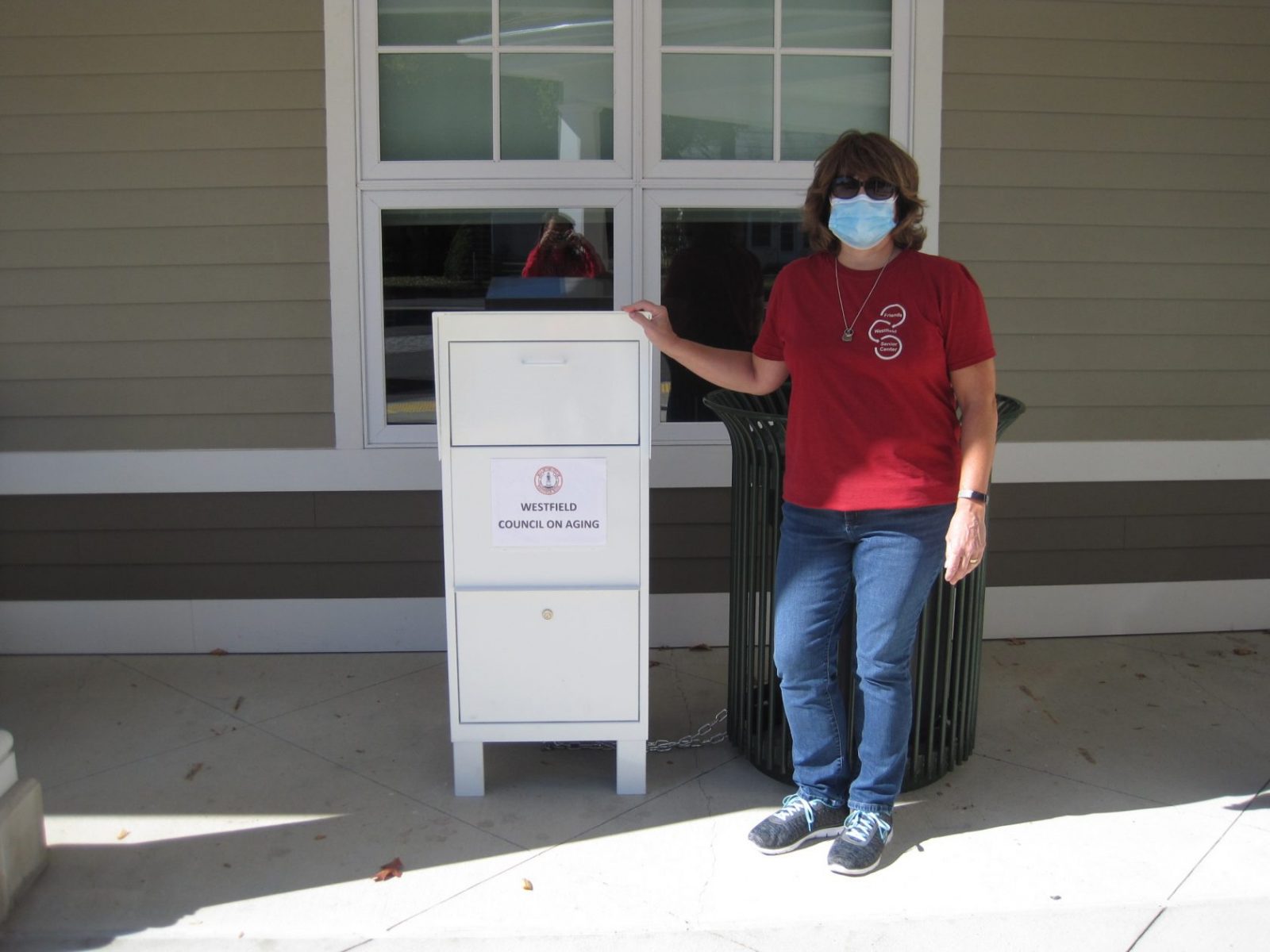 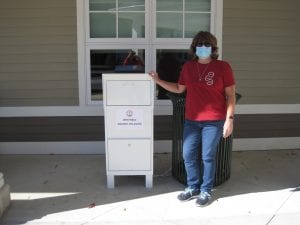 Karen Noblit, senior benefits coordinator for the Westfield Council on Aging, stands next to the drop box outside of the Westfield Senior Center. (TINA GORMAN PHOTO)

WESTFIELD- The Council on Aging met May 10 to discuss the progress in vaccinating Westfield’s seniors against COVID-19 and the plan for in-person and hybrid programs at the Senior Center.

Council on Aging Executive Director Tina Gorman said during the meeting that she has been keeping track of vaccine progress among older Westfield residents. She said 56 percent of Westfield residents aged 50 to 64 had received at least one dose of any approved COVID-19 vaccine, which was a three percent increase from the previous week.

Gorman said that progress continues to be made in vaccinating seniors but it is moving slowly. She said that there is an increasing availability of vaccines because many vaccination sites are now taking walk-in appointments, though she said it is not a lack of access that is preventing some people from getting their shots.

“One of the things we are starting to run into on the vaccination front is those that are hesitant and those that are refusing to get it,” said Gorman.

Gorman then addressed plans to begin having some in-person and hybrid events at the Westfield Senior Center in the coming weeks. She emphasized that despite progress being made in setting up activities at the Senior Center, she does not consider it a reopening.

“We are not using the word ‘reopen’ at all,” said Gorman, “We don’t want to give the impression that the doors are unlocking and things are going back to the way they were 15 months ago.”

She said that by the end of May a large tent will be placed in the Senior Center parking lot so that some programs and events can be held there in June. She said the plan is to start with some selected fitness programs for seniors.

“Last week we did 160 meals curbside,” said Gorman, “We will see where things stand in the fall.”

Gorman noted that any plans for Senior Center programs will also be based on the progress of vaccination data and infection rates.