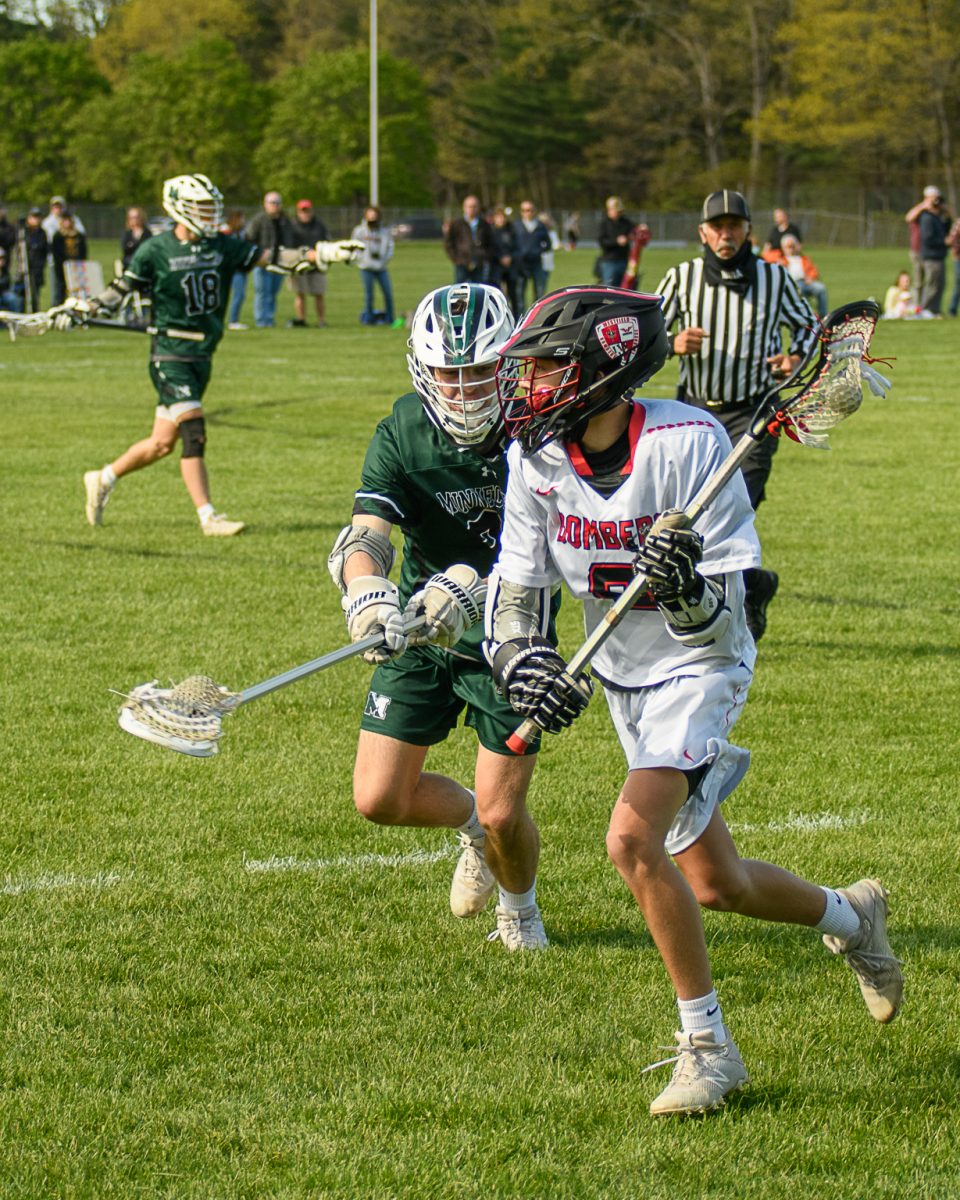 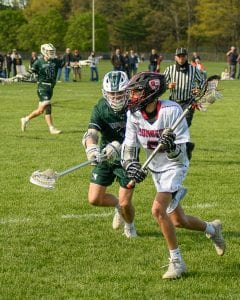 WESTFIELD – Slowed by Covid and a lack of practices, the Westfield High School boys lacrosse team struggled in its season opener against a tough opponent.
Peter Wurszt recorded a hat trick, and Dillon Moriarty and Josh Kozub each had two goals and two assists to propel Minnechaug past Westfield 12-3 in a high school boys lacrosse season opener Tuesday at Westfield High School.
Minnechaug jumped out to a 1-0 lead in the opening seconds. Westfield went on the counter attack. Nick Bates ran through the middle of the field and delivered a pass to Blake Braceland, who was set up just outside the top of the circle. Braceland attempted the shot, but it went wide. A follow-up shot bounded wide of the net.
Minnechaug scored in the fifth minute and sixth minute. Westfield’s Ryan Cimini attempted to get his team on the scoreboard with a point block shot that was saved. A shot from Bates went wide with just over two minutes remaining. The Falcons scored in the quarter’s final minute.
It quickly became 5-0, 6-0, 7-0, and eventually 8-0 just before the half.
“We just didn’t have the practice to compete against a team like them,” Westfield coach Mark Cavallon said.
The hard work finally paid dividends for Cimini, Braceland, and Andrew Dion. Each of those three Westfield players scored a goal in the second half to break up the shutout. Bates had an assist.
Westfield goalie Aron Hooben finished with 11 saves.
“We have a lot of new guys,” coach Cavallon explained. “It’s going to be a day-by-day and weekly process of getting better.”

BASEBALL
Tigers remain extra perfect
Westfield Technical Academy 5, McCann Tech 4 (8 inn.)
Josh Sturmer clubbed a game-winning single to cap off a Westfield Tech comeback in extra innings at Bullens Field that helped the Tigers remain perfect (2-0) on the young season.
Tied 3-3 after seven innings, McCann took the lead with the aid of an unearned run in the top of the eighth. Westfield Tech freshman pinch hitter Ryan Major reached on a hit-by-pitch. Brandon Chapman was reinserted as a pinch runner and stole second base. With two outs, Devin Werbiskis (2-for-3, 2 runs, RBI) drove in Chapman with a double. Sturmer (2-4, double, 2 RBIs, run) delivered the game-winner with a single to left field.
Dacota Durkee (2-3) and Chapman each also had one RBI.
Westfield Technical Academy’s Brody Zabielski was impressive in relief duty, allowing just three hits, no earned, runs, and one walk. He struck out four.
“It was a good win,” Westfield Technical Academy baseball head coach Bob Eak said. “It’s good to play in a close game rather than a 13-run one.”
The Tigers committed four errors.
“We need tighten up our defense,” coach Eak said. “If we do that, our pitching is going to be strong enough to win a lot of games this year.”