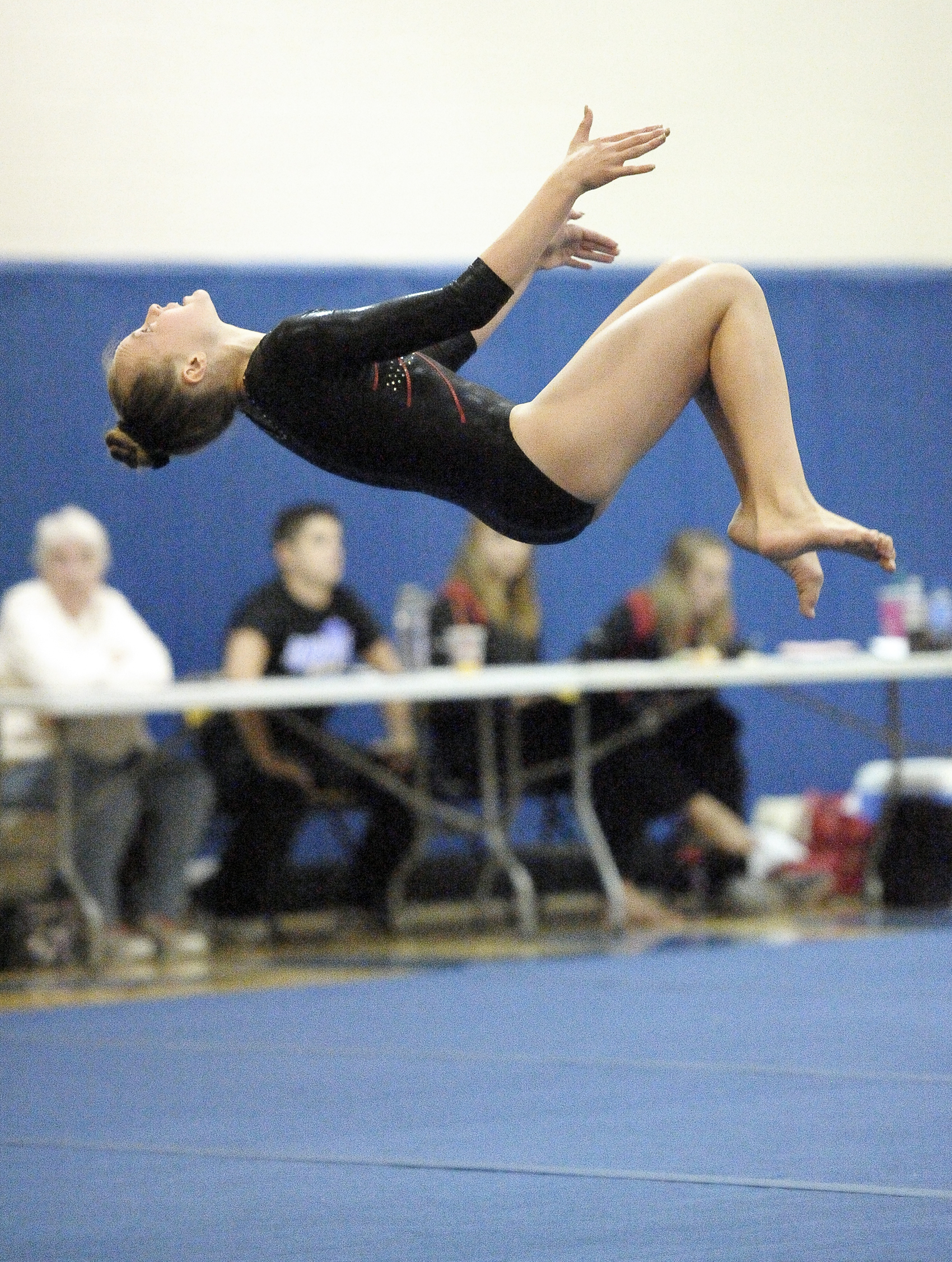 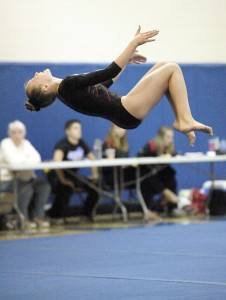 CHICOPEE – While some things have changed, still much remains the same for the Westfield High School gymnastics team.
Westfield extended its win streak to 128-0 in its regular season opener at Chicopee Comp Tuesday night under new head coach Bethany Liquori. The Bombers recorded a first place score of 126.875, narrowly defeating the Minnechaug Falcons (126.375) and Comp Colts (123.85).
Westfield sophomores Liz Walker and Kendall Neidig claimed second- and fifth-place finishes, respectively, in the all-around competition with scores of 32.0 and 31.55. 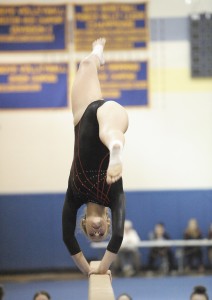 Minnechaug’s Sarah O’Brien was first with a 32.85.
Walker was second on the floor exercise with an 8.5. Neidig’s best effort came on the vault, where she garnered an 8.2.
Westfield senior Sarah Hogan was third on beam (8.1).
“Everybody was nervous tonight,” said Liquori, who is replacing longtime head coach Joanne Hewins.
Hewins captured 11 sectional championships during her run as head coach of the Bombers, piling up a 125-0 record, which dates back to 2007. She was also featured in Sports Illustrated’s Faces in the Crowd Coaches’ Edition.
Liquori was an assistant under Hewins, and is a former head coach. The first-year head coach and the region’s best gymnastics team of the last decade return to action Thursday at home against Hampshire and Chicopee Comp. The meet begins at 6 p.m.