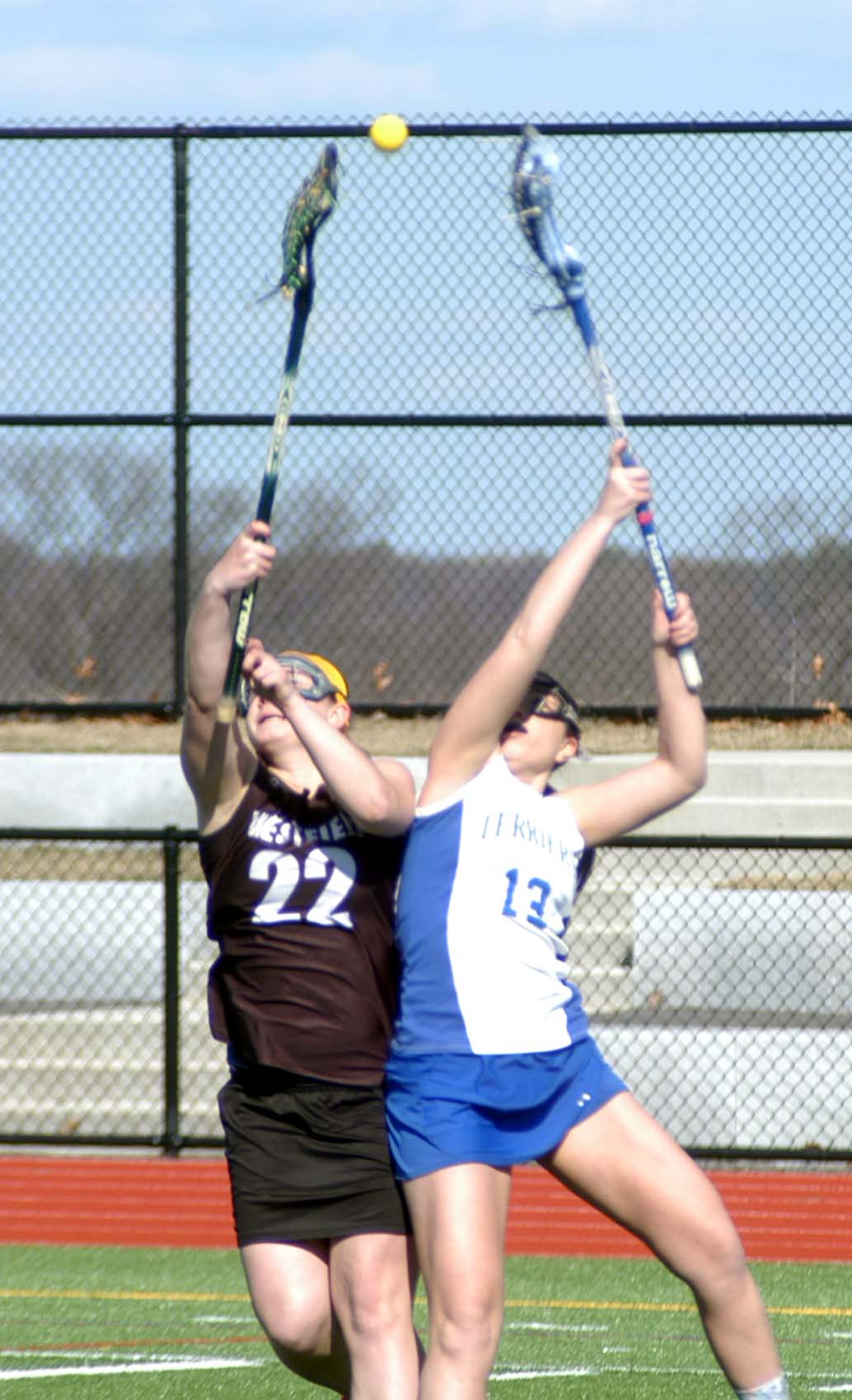 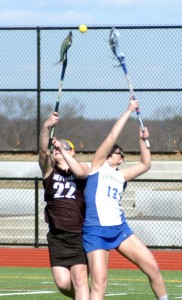 WEST SPRINGFIELD – The Westfield High School girls’ lacrosse team suffered a heartbreaker.
Westfield rallied late on the road at West Springfield Wednesday, but fell one goal short 16-15 to the Terriers at Clark Field.
“We just got off to a slow start in the second half,” Bombers coach Paul Fenwick said. “Although we made a great attempt at the end to pull within one, we ran out of steam.”
Brittany Hutchinson (4 goals, 1 assist), Victoria Whalen (3 goals, 2 assists), and Ashlee Owen (4 goals) led Westfield’s offensive attack.
Two players scored six goals apiece for West Side. 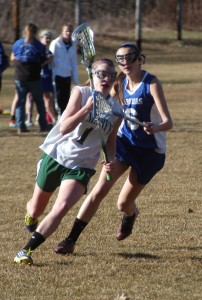