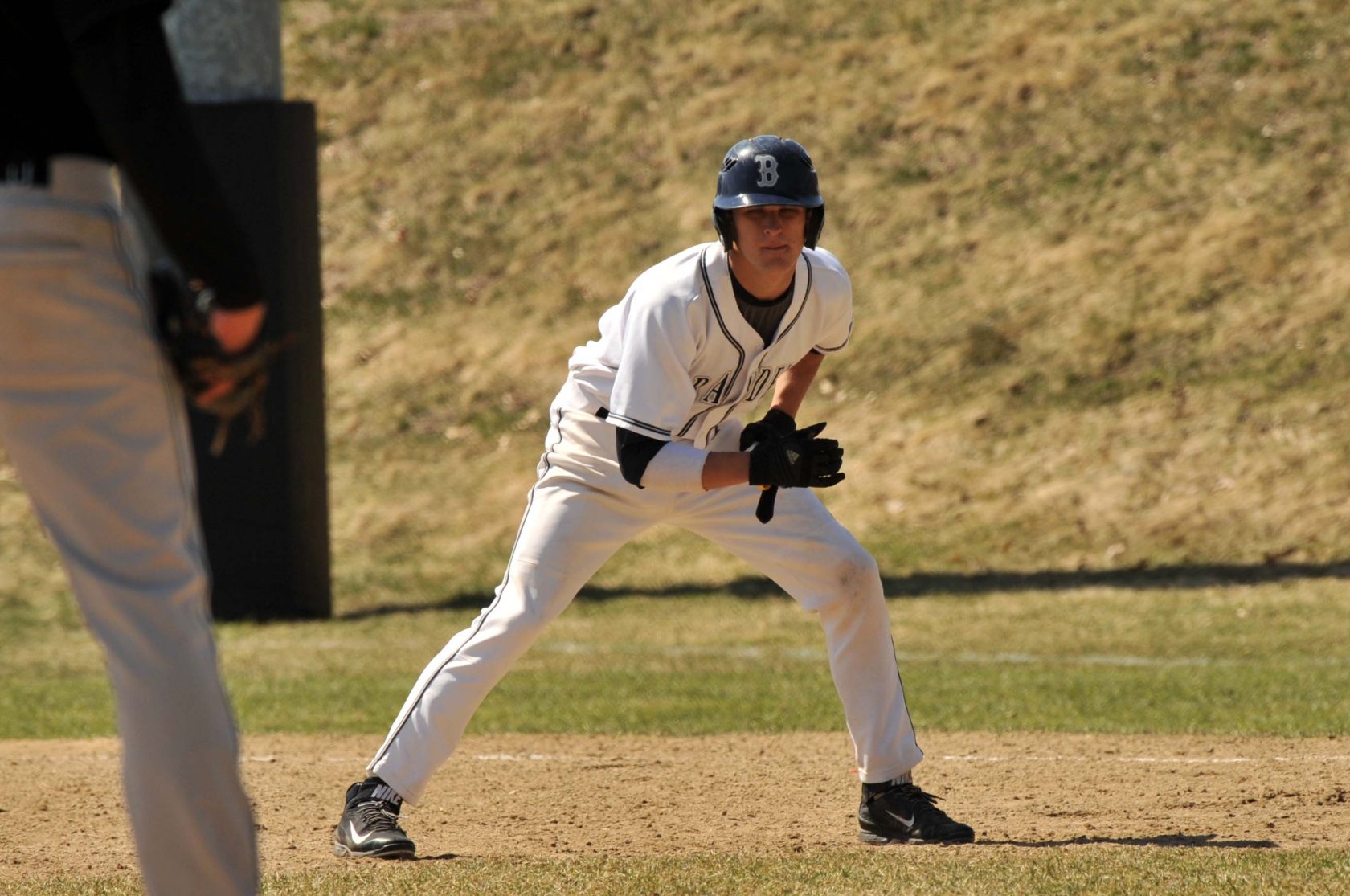 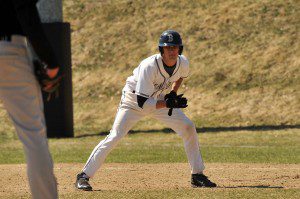 Ryan Tettemer gets a lead on the base paths for Brandeis. (Photo by Sportspix/Jan Volk)

BRISTOL, R.I. – It wasn’t Kirk Gibson’s historic home run against the Oakland Athletics in the 1988 World Series, but for one local baseball player Thursday’s performance definitely ranked as one of his most memorable moments.
Despite being hobbled by a sprained left ankle, Brandeis University sophomore outfielder Ryan Tettemer, of Westfield managed to produce a career day. Tettemer went 4-for-5 with a home run – a late-inning blast – and three RBIs.
Although Brandeis lost to Roger Williams University in that game 6-5, it was a day to remember for the Whip City ballplayer.
“Of course I would have liked to win the game,” Tettemer said, “but it was definitely my best college game of my career for sure.”
Tettemer said the last time he can ever remember collecting four hits in a game was when he played for Suffield Academy, American Legion Post 124, or with DiFranco Realty of the Tri-County League last summer.
Earlier in the season, the outfielder was just concerned with getting on base.
“At the beginning of the season I struggled a bit,” Tettemer said.
Through the first 12 games of the season, the Brandeis outfielder had just three hits, one of which went for extra bases – a triple – against Warner on Feb. 18. Tettemer exploded for three doubles against Rochester March 13. Then, on Thursday, he appeared to turn another corner even though his ankle was heavily taped.
“In the beginning of the season,” Tettemer said, “I struggled a bit. I was overanxious, jumping on the ball and turning my hips. Every day I was just trying to hit the ball to left field.”
In addition to getting out way in front of the ball, Tettemer was double stepping. Brandeis University baseball assistant coach Brian Lambert discovered the flaw in the hitter’s approach to hitting the ball, and corrected it.
The outfielder has been a bit more patient at the plate.
“I’m making sure that I stay back on the ball and trust my hands,” he said. “(Thursday) it worked very well.”
Still, Tettemer does not like to waste a pitch.
“When I go up (to the plate),” Tettemer said, “unless the coach tells me to take a pitch I’m swinging. I try to never strike out looking. My philosophy is to swing the bat.”
Late in Thursday’s game against Roger Williams, he did just that.
“I turned to my dad (WWLP 22News anchor Rich Tettemer),” Ryan said, “and told him, ‘This one, I’m trying to put out.”
Two pitches later, he hit a home run.
Tettemer is currently batting .321 with an on base percentage of .339 and a slugging percentage of .554. He now has five doubles, one triple, and two home runs in 59 plate appearances this season, having knocked in 13 runs and scored 12. He has stolen four bases, and been caught stealing just twice this year.
The tournament hopes for Brandeis may be waning with an 11-16 overall record, but Tettemer is not willing to give up.
“I just want to stay healthy, and hopefully contribute in any way possible,” he said, “and keep winning.” 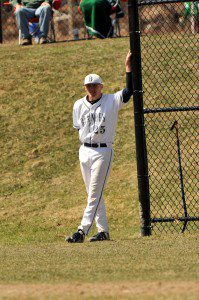 Brandeis finishes out a four-game road trip against Gordon (April 21) and Curry (April 22) before finishing the regular season with a four-game home stand, including games against Salve Regina (April 24), Trinity, Conn. (April 26 double header), and UMass-Dartmouth (April 29).
College Baseball Notes: Brandeis sophomore relief pitcher Anthony Nomakeo has recorded one save and one win through 15.1 innings pitched this season. Nomakeo has averaged nearly a strikeout per inning with 11 total

… Another Westfield baseball prospect, Ryan Summers, is currently a catcher/outfielder for the Louisville Cardinals. Summers redshirted in 2014 after making limited appearances off the bench in his first collegiate baseball season. He had his first collegiate at-bat as a pinch hitter Feb. 16, 2014 against Delaware, earned his first career hit with a single up the middle as a pinch hitter against Samford a month later, and went 1-for-2 with an RBI single in a win over Butler a short time later. Summers is batting .295 this season with a double, triple, home run, 5 RBIs, and 11 runs scored. He has a slugging percentage of .432 and an on base percentage of .385.