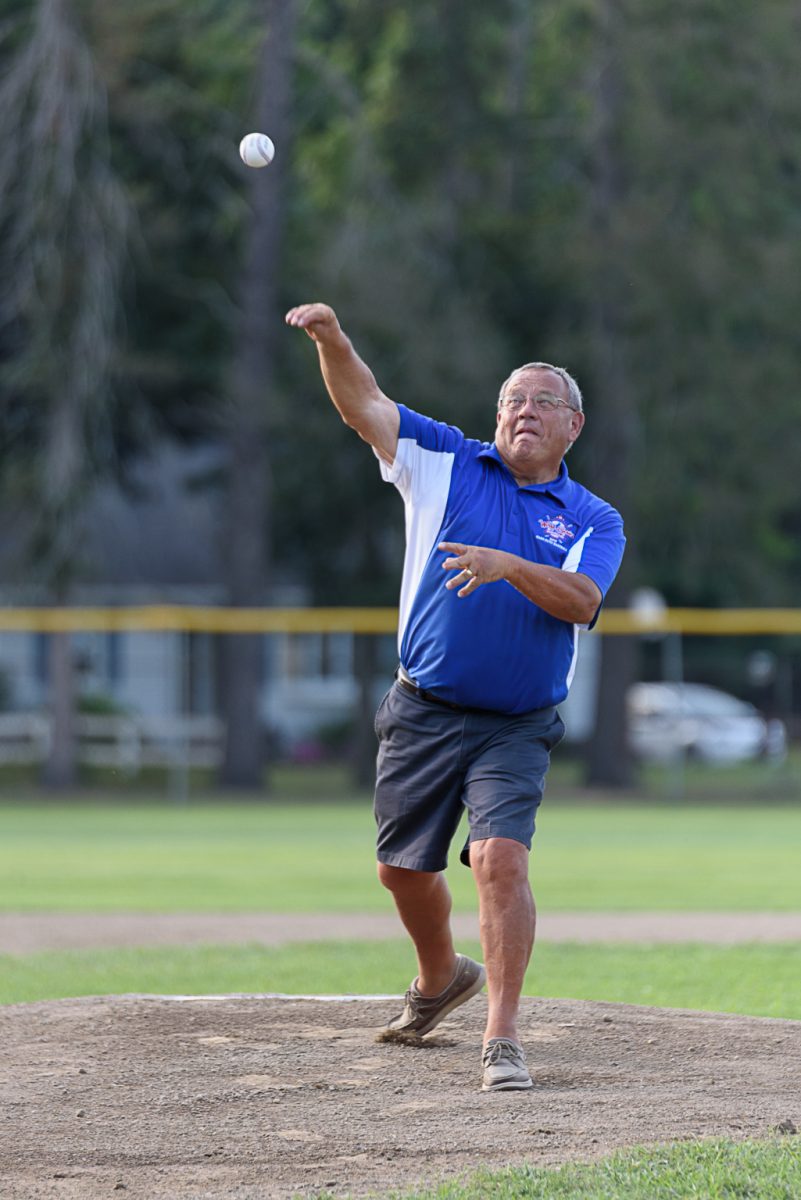 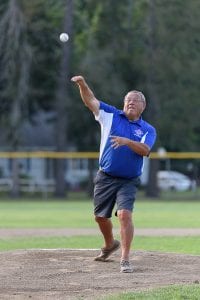 She said Theroux will be tasked with caring for veterans’ graves in the city, something that he has done voluntarily for years, without the title. The position is unpaid.
“I’m very honored and humbled by this,” Theroux said, adding that “we all” have a responsibility to care for our veterans.
Matthew Roman came back to the podium after several months’ absence to give an update from the Senior Snoopers. Roman said they are still waiting for report cards from incumbents, and to hear plans from new candidates about what they will accomplish in office.
Dan Welch, president of the Westfield Babe Ruth thanked Mayor Brian P. Sullivan, city leaders, Westfield Gas & Electric, the Department of Public Works, Park and Recreation Department and local businesses for their support of and contributions to the Babe Ruth 13-Year-Old World Series, as well as the support by the 13-year-olds’ parents and volunteers.
Welch said of the many special events during the series, the dedication of the World Series to Kevin Sullivan stood out. He said they installed a bronze plaque in his memory at Bullens Field. Also installed were plaques commemorating Westfield’s championship years in 1975, 1989 and 1992. Sullivan, a former Westfield School Committee member and youth sports coach, died suddenly last fall.
“I appreciate your support,” Welch said.
Former city councilor Brian Hoose also came forward to thank the many people who reached out to help him bring his yard into compliance, something he was unable to do on his own in part due to depression. He called “heartwarming” the advice and support he received from the mayor, Council on Aging Director Tina Gorman, Barnes, DPW Director David Billips, Westfield Technical Academy’s Horticulture Department, several councilors and former councilors, and the former city advancement officer, who reminded him that he had friends.
“Psychologically and emotionally, to have people step up has been so important to me,” Hoose said, adding that since his dog died in April, he had been feeling alone, and the nice things they said cheered him.
Hoose also announced that next week is Suicide Prevention Week, and encouraged the councilors to get involved in a growing problem in the country for all ages. “We’ve lost our sense of purpose, value and self-worth that keeps us going,” Hoose said, adding, “Invisible friends don’t compensate,” in reference to social media.
Kristen Mello of Westfield Residents Advocating for Themselves (WRAFT) said that the Agency for Toxic Substances and Disease Registry (ATSDR) began testing residents in the PFAS exposure assessment this week. Mello said although the agency had exceeded its target for the voluntary testing, it was not too late for residents to respond if they had received a letter requesting blood and urine samples.
Mello also said the locations to be chosen for the broader multi-site health study would be determined by the end of September. Westfield has applied to be part of that study.
At-large Councilor Nicholas J. Morganelli, Jr., came forward to say that his family has participated in 9-11 ceremonies for years. He said including the health effects following cleanup efforts, more than 3,000 people perished in the attacks.
Westfield’s September 11 observances include one at 9:45 a.m., when the Westfield Fire Department will hold its annual ceremony of reflection and remembrance in honor of fallen first responders at Fire Headquarters on Broad Street.
At 11 a.m., Mayor Sullivan will be joined by families of Westfield natives who fell victim to the attacks with a wreath laying at the 9/11 Monument, located at the head of North Elm Street, across from the Westwood Building at 94 North Elm Street.
At 6 p.m., there will also be an observance held at the Sons of Erin, 22 Williams St.