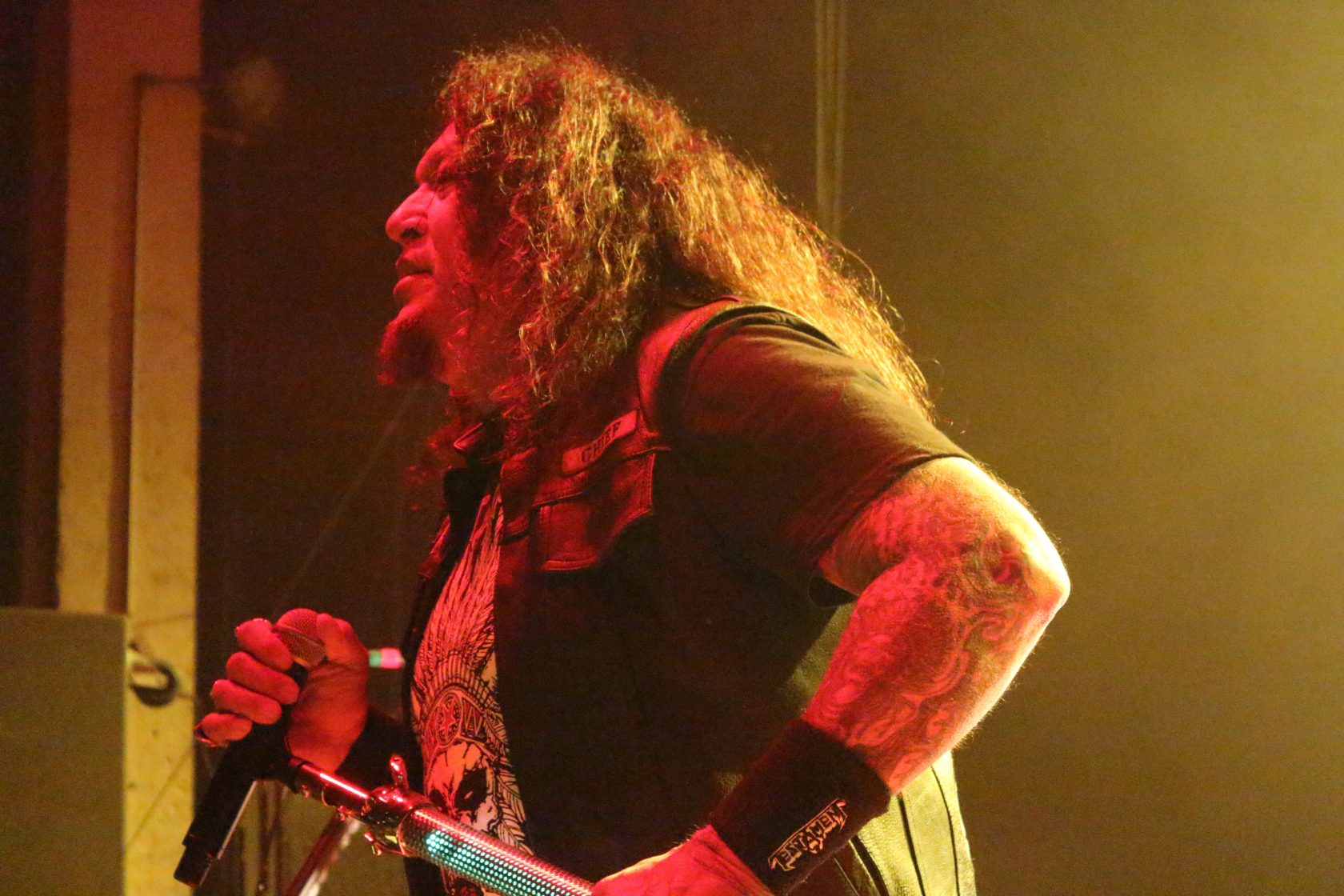 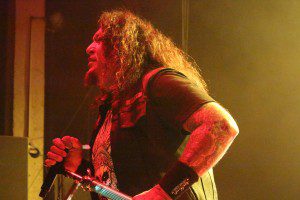 WORCESTER – On Saturday February 16, The Dark Roots of Thrash tour plowed its way into the Palladium in downtown Worcester.   The Dark Roots tour consists of heavy hitters Testament, Overkill, Flotsam & Jetsam and 4Arm.
Joining the tour all the way from Australia, openers 4Arm ran through a quick six song set mostly consisting of tracks from their latest release, Submission for Liberty.  4Arm has been getting a lot of positive press lately and deservedly so as this band showed why Testament chose to put them on the bill.
Following 4Arm was the Phoenix based thrashers Flotsam and Jetsam.  Flotz, recently back together after a long hiatus are touring to promote their latest fan funded release Ugly Noise.  These guys haven’t missed a beat as they opened with the title track Ugly Noise which had the mosh pit slamming to the lyric “In the circle take your place, feel free to roam inside this space”.  Flotz cruised through 5 more songs including another new one, Giddy Up before finishing the set with their classic No Place for Disgrace.
New Jersey’s Overkill was up next coming on stage to their signature green lighting and menacing giant skull backdrop.  Overkill has been, well killing it for over 30 years now.  This is a professional band that knows exactly what the fans want and are more than happy to provide it on a nightly basis.  Although on this night, singer Bobby “Blitz” Ellsworth was feeling the effects of walking pneumonia and was constantly running backstage between songs to take a break.  Being the pro that he is, Blitz was still in his fiercest form and commanded the stage while the band plowed through a number of their classics including Rotten to the Core, Wrecking Crew and Ironbound. 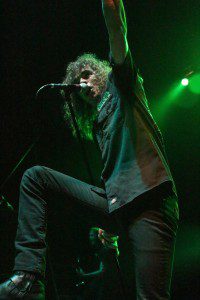 And finally … Testament took the stage and opened the show with the thundering Rise Up off their 2012 release Dark Roots of Earth.  Testament has now been touring for almost a year in support of the Dark Roots release which was on a number of top ten lists for 2012.  Unfortunately Rise Up was the only new song played this night and it’s too bad since Dark Roots of Earth is loaded with some great songs.  The focus of the evening was a number of tracks from some of their previous releases that included songs More Than Meets the Eye, Riding the Snake, The New Order and D.N.R. (Do Not Resuscitate).  Some of these songs are quickly becoming staples and fan favorites in all Testament shows.   Testament also has one of the best guitar tandems in heavy metal today which consists of Alex Skolnick and Eric Peterson.   Skolnick and Peterson traded solos throughout the night and awed the crowd with their speed and precision.  Front man Chuck Billy commanded the stage with his larger than life presence while playing a mean microphone stand air guitar and belting out Testament’s songs in only a way he can.  Testament ended their set with Disciples of the Watch off their 1988 classic The New Order.   After a brief break Testament came back out for a three song encore ending the night with the title track off of the “soon to be classic” The Formation of Damnation.