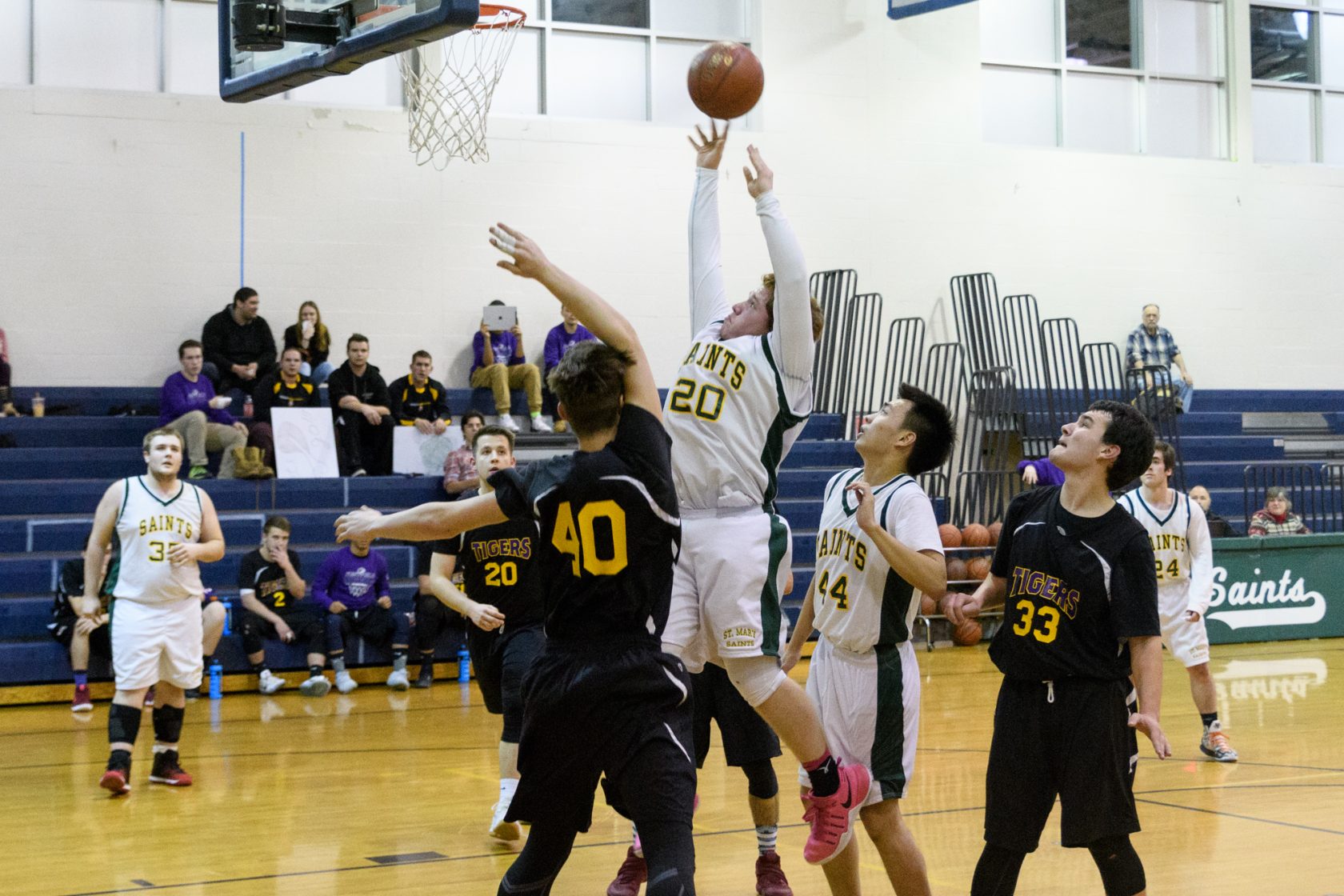 WESTFIELD – Mark Klyuchits scored 15 points, Tyler Starzyk finished with 14, Vlad Biley had 13, and Luis Ruiz came within one point from recording a double-double as Westfield Tech downed St. Mary in a high school boys’ basketball rivalry game 55-49 Thursday night at Westfield Middle School South.
“It’s great to see (our) players stick together and play with confidence,” Westfield Tech coach Kyle Dulude said. “We have a very good flow right now, and we are playing good basketball, limiting the turnovers and taking good shots.”
Westfield Tech stormed out of the gates and played with a lead. St. Mary made a late push, but fell short.
“We struggled with shooting in the first half,” St. Mary coach Joe Molta said. “We played much better in the second half, but it was just not quite good enough.” 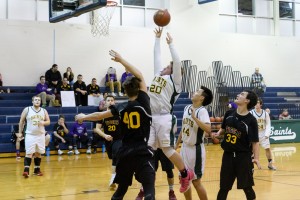 GIRLS’ BASKETBALL
Bombers net #1
Westfield 44, Ludlow 39
Mark it down – Jan. 26, 2017.
On Thursday night, the Westfield High School girls’ basketball team finally got off the schneid and picked up its first win of the 2016-17 regular season.
Westfield freshman Olivia Hadla delivered a monster effort, scoring 18 points and racking up eight steals to lead Westfield to a 44-39 road win over Ludlow. Hadla was not alone in her efforts though.
Freshman Kaela Mochak and junior Casey Almeida both finished with nine points for Westfield. Mochak also grabbed a whopping 18 rebounds.
Westfield’s Clara Hinck also drained a couple of key 3-pointers, and went 2-for-3 from the free throw line.

BOYS’ SWIMMING
Blue Devils squeak past WHS
Northampton 89, Westfield 87
Westfield got off to a fast start, winning the medley relay with a team of Tommy Russell, Patrick Lurgio, Nick Rosso, and Matt Morash in 1:48.86, but came up just short in the end against visiting Northampton.
“It was a tough, tough loss,” said Westfield coach Tom Lewis said, but adding “It was a great meet, we had some really good times.”
Russell (50 free, 23.35), Kevin Hayes (diving, 190.85), Rosso (100 fly, 57.15), Morash (100 free, 52.23), and Cole Viamari (500 free, 5:35.59) each won events for Westfield.
Morash, Rosso, Viamari, and Russell combined to post a state qualifying time in the 200 free relay (1:34.41), their fastest time of the year but were just touched out.
In a matchup of two of the best backstroke swimmers in the area, Russell was touched out at 1:56.03 to finish second.
Lurgio recorded his best time of the year in the 100 breaststroke, 1:09.19, good for second.
Northampton claimed first and second places in the 400 free relay.

JV GIRLS’ BASKETBALL
Southwick 48, Pioneer Valley Regional 21
Kathleen Shea and Hannah Burke had 10 points apiece to lead Southwick to victory. Every Ram got in on the scoring action.