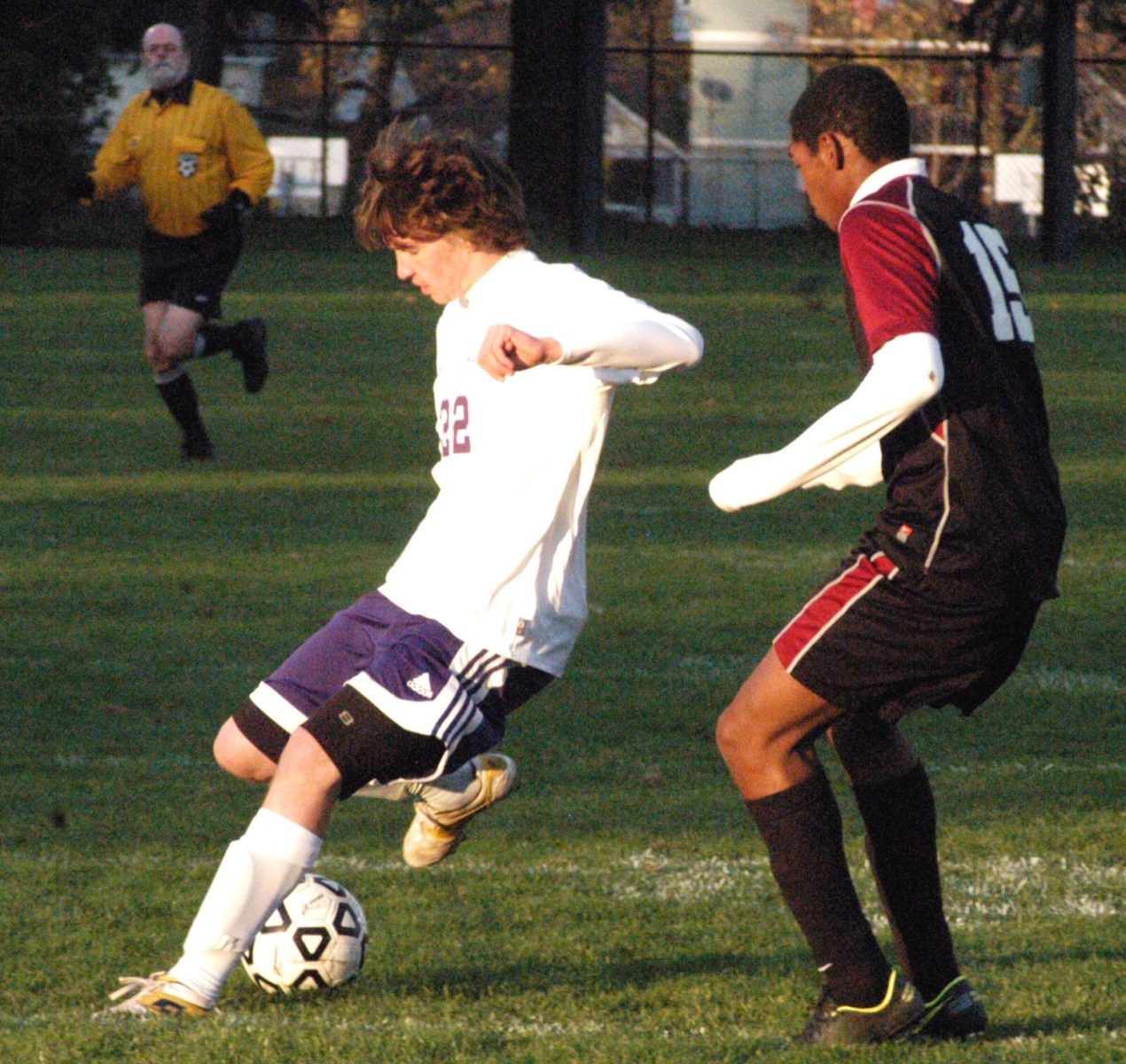 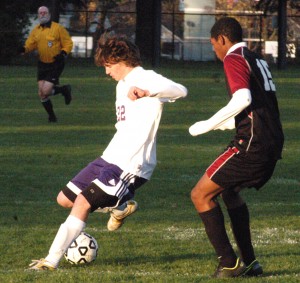 WESTFIELD – Cinderella is apparently alive and well.
The Westfield Voc-Tech High School boys’ soccer team might be seeded third overall in the Western Massachusetts Division III tournament, but based on their history over the course of the last decade it is a true underdog. That underdog clawed and scrapped together a new chapter in Tigers history with a thrilling 2-1 win over sixth-seeded Sabis in last night’s quarterfinals at Bullens Field.
Colin Fecteau and Peter Makarchuk each scored a goal for Westfield Voc-Tech, goalie Vitaliy Covileac stood on his head along with his defensive mates, and the Tigers advanced to the semifinals where they will play No. 2 Hopkins Academy.
“Everything we’ve done, we were playing for this,” said Covileac, who finished with 18 saves. “Our defenders were very important. Without them, we would have let up a lot of goals.”
Covileac kept a shutout intact in the first half, allowing his teammates to calm their nerves and gain some footing. The Voc-Tech goalie made a nice save on a searing shot from about 20 yards out with 16:12 remaining to protect the scoreless tie.
Shortly thereafter, Adam Guilbert lofted a long pass on a direct kick to Fecteau, who curled in behind the defense only to be stopped by a Sabis defender at the very last second. It was a harbinger of good things to come.
Sabis made a run at the Voc-Tech goal in the opening minutes of the second half, lifting a shot high at the Tigers’ net. Covileac leapt to block the ball, the defense slid in and helped clear it.
Voc-Tech’s offense took over.
Dimitry Stepenchuk led the attack toward the Sabis net, kicking it hard off the goalie, who went to the ground to make the save. The ball scooted out and rolled slowly toward the net. Fecteau followed up with the rebound, holding off a defender while pushing it into the net in the 47th minute.
Makarchuk tapped in an insurance goal with 17:12 remaining. It was a goal that proved to be the difference as Josh Evans scored for Sabis with 5:32 left.
Covileac made a huge save 30 seconds before on a penalty kick.
“We kind of went under the radar at the end of the season,” Voc-Tech coach Kyle Dulude said. “We played great against Lynn Tech in the state vocational tournament. We gained experience from that game.”
Lynn Tech defeated Voke and went on to win that tourney held in the days before the Western Mass. postseason.
“That game was a great stepping stone for us,” the Tigers coach added. “This was just a great win for our school.”
Dulude said it was also special for a trio of freshmen who have never had a taste of the postseason – Matt Wood, Dominic Rosario, and Tyler Hall – but delivered when it mattered most.
“All the kids contributed,” Dulude said. “They played with a lot of heart.”
On Monday, the school held a pep rally for the Tigers’ soccer team.
“This is great for the program,” Dulude explained. “We’re really jelling right now.”