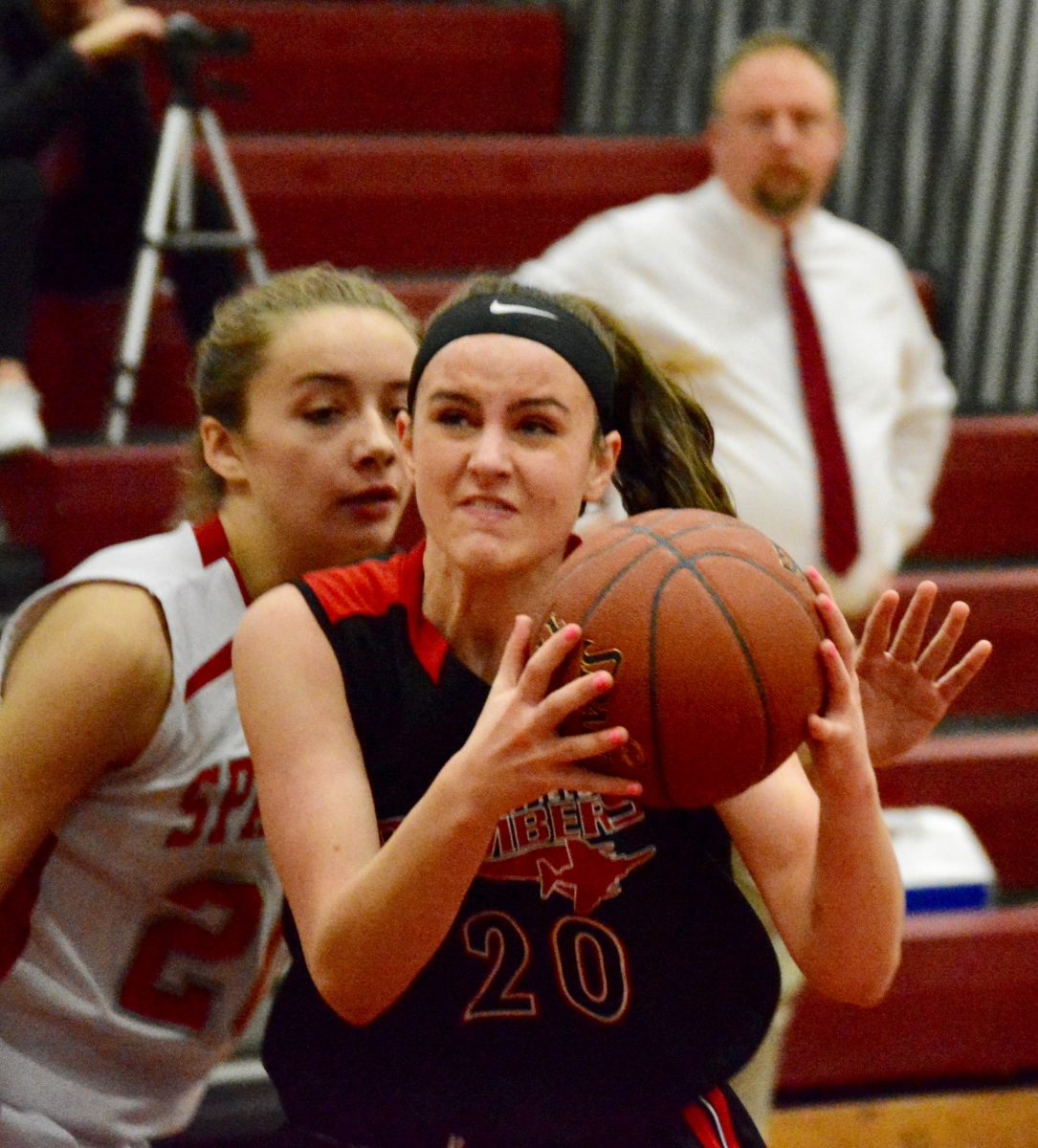 EAST LONGMEADOW – For more than one quarter, the Westfield High School girls’ basketball team appeared to be playoff bound Wednesday night.
Westfield built a 12-6 advantage over the game’s first nine-plus minutes. East Longmeadow went on a 17-2 run in the second quarter though, cruising to a 42-30 win and putting a dent in the Bombers’ postseason hopes.
Westfield (3-15 overall, 4-3 Valley Wheel) fell one full game behind East Longmeadow (8-9, 4-2) in the conference. Minnechaug (10-9) sits atop the Valley Wheel with a conference record of 6-1. 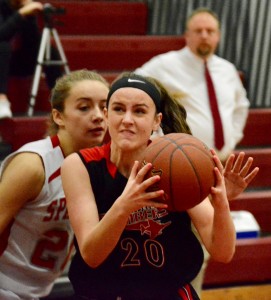 Teams that finish the regular season with a .500 or better record, or first or second place in their respective conferences, qualify for postseason play.
Westfield must now win out and hope for some help to make a run at the Valley Wheel.
Speaking of runs, Westfield went on a 12-1 run late over a six-minute span late in the first quarter and early in the second to rally from an early deficit.
Down 5-0, Westfield’s Clara Hinck hit a 3-pointer three minutes, five seconds into the first quarter. Kaela Mochak followed with consecutive put-backs. Olivia Hadla made a free throw, and Katie Knapik made a two-pointer early in the second quarter to cap the run.
Then, the tide turned.
East Longmeadow forced the ball inside to its big, low post players. The Spartans began to dominate the paint, muscling together a 17-2, second-quarter run that effectively changed the game. 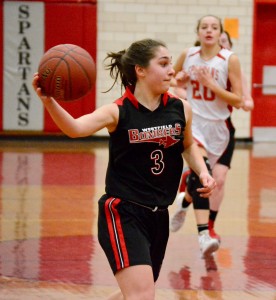 “We came out with energy in the first couple minutes of the game, made a few turnovers, and them missed a couple of layups,” Westfield coach Meghan Lavner said. “That’s something that has been happening over and over this season. There’s a learning curve for us. We’re young.”
Westfield currently has just two seniors on its roster, and starts one senior, one junior, one sophomore, and two freshmen, who just so happen to be the team’s leading scorers.
Westfield will attempt to bounce back on senior night Thursday at home against the Agawam Brownies. Tip-off is at 7 p.m.

BOYS’ ICE HOCKEY
Colts turn back Saints
Chicopee Comp 5, St. Mary 1
St. Mary (5-9-1) suffered its fifth straight loss, and has lost eight of its last nine. The Saints will seek a bit of redemption Friday against Easthampton at Amelia Park Arena. The puck drops at 8 p.m.