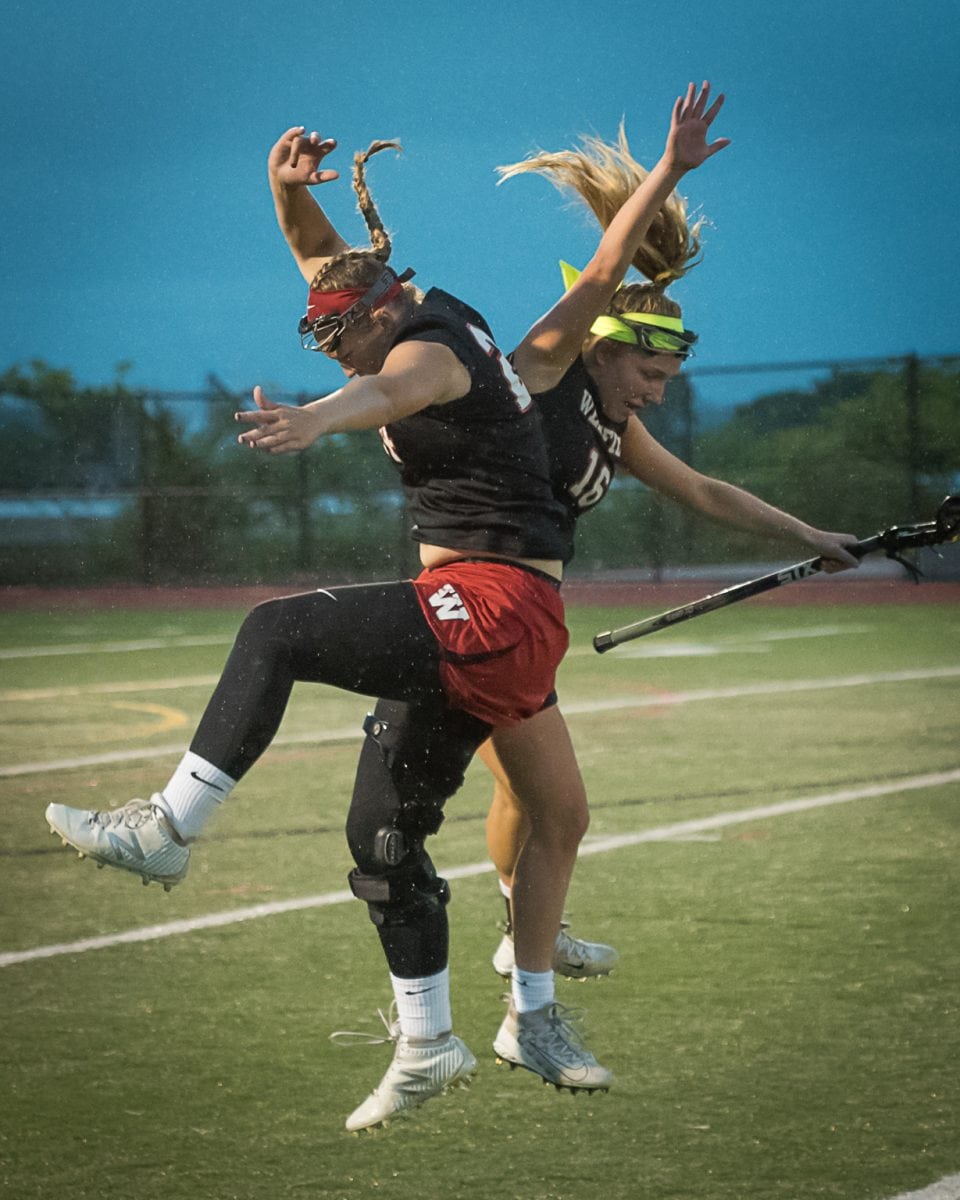 WESTFIELD – No. 6 Westfield put together a comfortable 6-1 lead through two quarters and held off visiting Northampton (11th seed) in the opening round of the Central-West D2 boys lacrosse tournament 9-4 Monday.
Matt Bonsall and Max Maggipinto each had three goals and one assist to lead Westfield (12-6). Bombers’ Zach Cree dominated the pace of play in the midfield, Kohl Lunardini (1 assist) on faceoffs; Gavin Carzello and Kristopher Meneses provided solid defense; and goalie Alex Beauchemin made 11 saves. 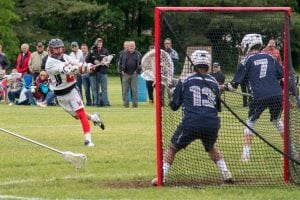 Westfield’s attack Max Maggipinto lets fly a rising shot that finds the back of the net for a goal against visiting Northampton in the opening round of the postseason Monday. (Photo by Bill Deren)

Landon Reyes had one goal and one assist for Westfield. Bombers’ Cam Theriault and Will Cameron also each scored once.
With the victory Westfield advances to take on third-seeded Algonquin (14-5) Thursday in the quarterfinal round in Northborough.
“They’re very athletic, very fast,” Westfield coach Mark Cavallon said of the opposition, who defeated the Bombers 7-5 in a regular season contest. “They get all over the field. They’re a very good team.”

CENTRAL-WEST D1 GIRLS LACROSSE TOURNAMENT
OPENING ROUND
Terriers caged
No. 9 Westfield 13, No. 8 West Springfield 10
Westfield rallied from a two-goal halftime deficit, coming out on top of a back-and-forth game on the road at Clark Field.
Hannah Jarvis paved the way for Westfield on offense with three goals and one assist. Bombers’ Kylie Buchanan, Lara Finnie, Sydney Brady and Olivia Hadla each had two goals. 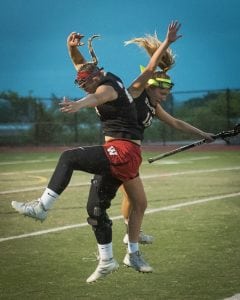 Westfield’s Jordan Kowalski won more than a half-dozen draws in a row, and Bombers goalie Liz Clark made 13 critical saves.
“It was a very hard-fought battle,” Westfield coach Paul Fenwick said, “but we get to play another day.”
Jackie Koziol led West Springfield with four goals.
The reward for defeating West Springfield – the right to take on the top-seeded Longmeadow Lancers (15-2) Thursday afternoon.
– – –
In other tournament news, No. 5 East Longmeadow (11-8) upset fourth-seeded Westfield (13-3) in a West Division 1 boys tennis quarterfinal, 4-1. The Bombers’ girls tennis team also fell in their quarterfinal by the exact same score to No. 2 Minnechaug,
– – –
BASEBALL
Quinn Powers Saints
St. Mary’s 10, Ware 1
St. Mary’s pitcher Quinn Powers delivered seven complete innings of one-run ball with three strikeouts, and went 3-for-3 with a walk, four runs, and one RBI.