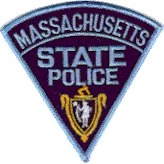 WESTFIELD – State police have announced that troopers will be halting traffic overnight Friday, Dec. 7, at a sobriety checkpoint in Hampden County to check for impaired operators.
A grant from the highway safety division of the Massachusetts Executive Office of Public Safety and Security funds ‘sobriety checkpoints’ in the state and the State Police have chosen to announce in which the current checkpoint will be active in order to limit concern of motorists who encounter troopers checking drivers.
Colonel Timothy P. Alben, superintendent of the Massachusetts State Police, has announced that the purpose of the checkpoints is “to further educate the motoring public and strengthen the public’s awareness to the need of detecting and removing those motorists who operate under the influence of alcohol and/or drugs from our roadways.”
The troopers announce neither the specific location of the checkpoint nor the hours it will be operational but report that Friday’s checkpoint “will be operated during varied hours” in Hampden County.
Their announcement, however, states that the Friday effort may extend into Saturday, implying that the checkpoint will be operational in the evening hours.
The announcement of the upcoming checkpoint states that “the selection of vehicles will not be arbitrary, safety will be assured, and any inconveniences to motorists will be minimized.”