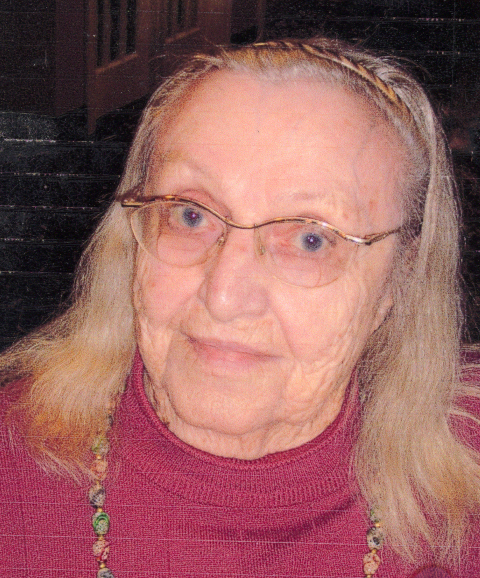 WESTFIELD:  Trude Wilhelmina (Kraus) Sparks, 97, passed away on Friday, January 8, 2016 at Baystate Noble Hospital in Westfield, Massachusetts. Born on May 8, 1918 in Duisburg, Germany, Trude immigrated to the United States in 1927 with her parents, Julius and Wilhelmine Kraus and her brother Guenther (Marty) Kraus.

The family settled in West Hartford, Connecticut, and Trude worked at the Phoenix Insurance Company until her marriage to Frank J Sparks on March 18, 1943. They lived in New Britain and later moved to Granby, where they lived until retiring to Pocasset, Massachusetts on Cape Cod in 1967. After her husband’s death in 1990, Trude lived in Pocasset until 2012, relocating to Westfield, Massachusetts to be closer to her youngest son, Pete and his wife Wendy.

Trude leaves behind her brother Marty Kraus of Randolph, Vermont and two sons- Frank Sparks of Palm Beach Gardens, Florida and Pete Sparks of Blandford, Massachusetts and his wife Wendy. She also leaves a daughter, Julie Parmegiani and her husband Bob of Setauket, New York, as well as three grandchildren- Brian Sparks and his wife Chris of Tampa, Florida, Kim McNulty and her husband Tim of Forty Fort, Pennsylvania, and Dale Robinson and his wife Raissa of Saratoga, New York. She also leaves two great-grandchildren.

Trude was an avid antiques collector, talented seamstress, expert cook, and gracious hostess. She loved to travel all over the world, and one of her most cherished travel memories was riding on an elephant on a trip to India. Trude served as past president of the Handy Point Homeowner’s Association, and took an active role in local politics in Bourne, Massachusetts.

Private services and burial will be held by Trude’s family at a later date. The family would like to thank Jack Wolfe, Pastoral Care Coordinator at Baystate Noble Hospital for his comforting presence during Trude’s last days. Memorial contributions may be made the Pastoral Care Program, Baystate Noble Hospital, 115 West Silver Street, Westfield, Massachusetts, 01085. For online condolences please visit www.carmonfuneralhome.com.