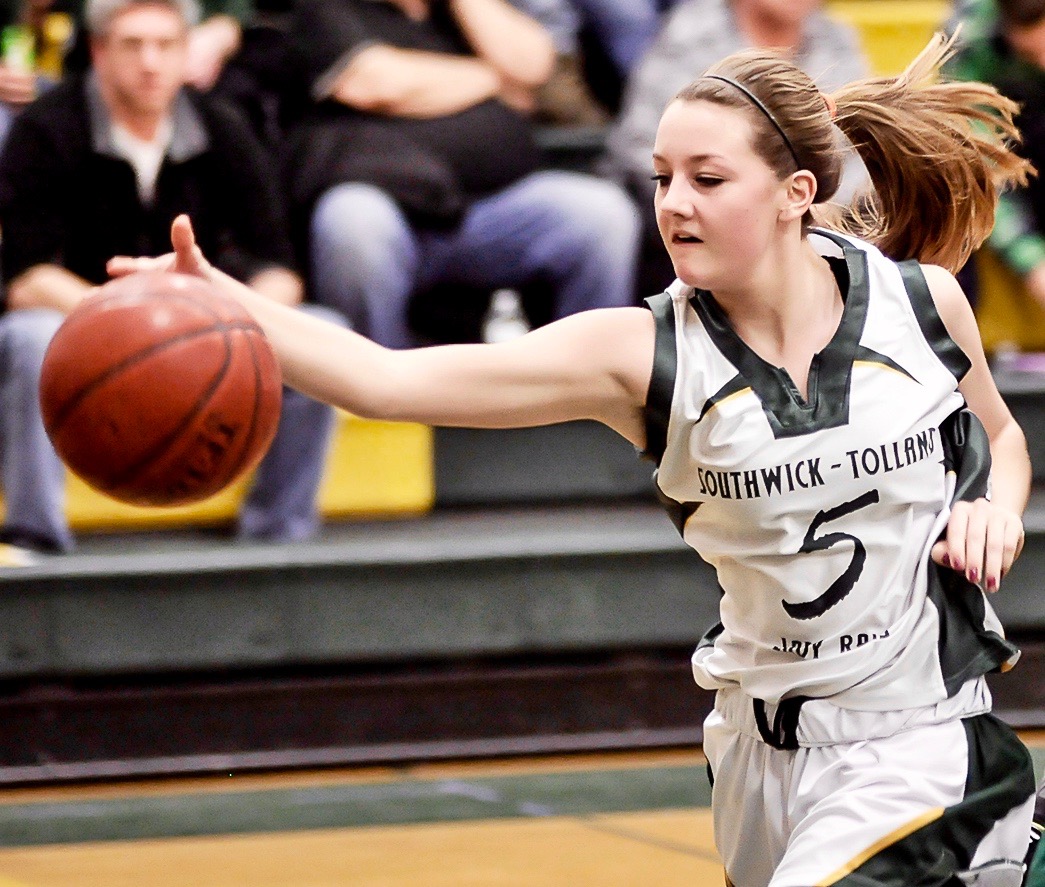 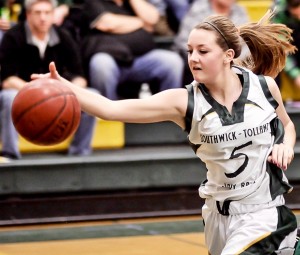 TURNERS FALLS – The Southwick High School girls’ basketball team did not let a lengthy road trip slow them down.
Sam Perusse scored a career high 17 points, and Alyssa Cournoyer finished with a career best eight to propel Southwick past home team, Turners Falls, 64-33.
“I think tonight was a good team effort,” Southwick coach Mike Gill said. “All the girls worked together, made the extra pass to get the best shot for the team, and are all working hard to get the seniors to the playoffs.”
With the victory, Southwick improved to a stellar 6-1. The Rams will attempt to extend the good cheer Thursday when they host the Greenfield Green Wave at 7 p.m.
Said coach Gill: “We don’t want to be satisfied as we can and we will improve.”
In JV action, Southwick bested Turners, 37-16. Kathleen Shea had a career-high seven, and Autumn Waitt had five. 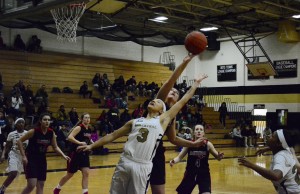 Golden night for Central
Central 101, Westfield 26
Central exploded for 34 first-quarter points and 30 more in the second half of a huge home rout. Seven players scored in double digits for the Golden Eagles (6-3), including a game-high from 20 from Alayah Sweeney.
Sweeney finished with four 3-pointers.
Alyssa Manna led Westfield with 11 points. Alexa Morin (9), Leighanne Sullivan (3), Alexis Wood (2), and Katherine Knapik (1) also scored for the Bombers (0-6). 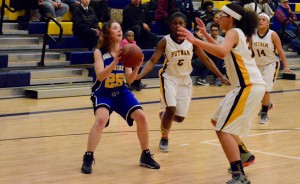 Gateway’s Lilly Waters (25) sets her feet to before taking a jump shut as Putnam’s defense collapses on the shooter. (Photo by Chris Putz).