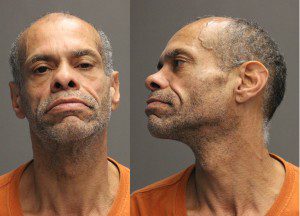 WESTFIELD – An alleged thief who returned to the scene of the crime was arrested Tuesday.
A caller from Rocky’s Hardware on Main Street called police Monday morning to report that a man had stolen a backpack leaf blower the day before.
The caller told the responding officer, Steven Carrington, that a chain securing the blower had been cut and a man was captured on security video as he walked out of the store with the leaf blower, priced at $499, and got into a black car but the registration plate on the vehicle was not legible on the video.
On Wednesday, a caller from the store called police to report that the suspect had returned to the store and that there was a black Ford Fusion car parked in the parking lot with the trunk open. 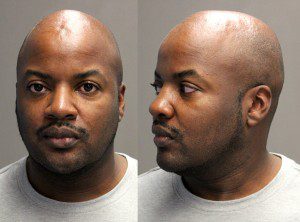 A short time later, Officer Megan Bartlett reported that she had seen and stopped a car which fit the description of the suspect vehicle in an East Main Street parking lot.
The operator, David L. Sims, 42, of 214 Spear Road, Springfield, was found to have a suspended license and was arrested.
His passenger, Keith Dwayne Ashwell, 57, of 33 McKnight St., Springfield, was identified as the thief both by the security video images and by staff from the store.
He was arrested for larceny of property valued more than $250.
Sims, who is believed to have been the person operating the car after the theft captured on security video, was also charged with the same crime.