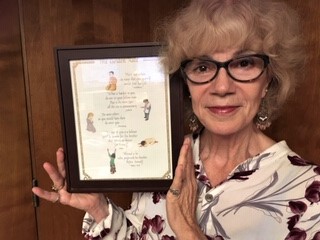 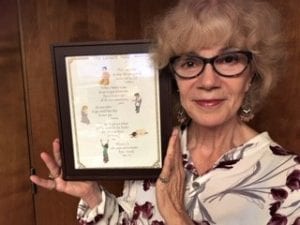 Lajoie said in a shared ministry, “Each church continues to function as an independent, self-governing congregation with separate worship services, programs, and budgets.”

Putnam added that “though not as common in New England,” churches with smaller congregations in other parts of the country have shared pastors for years.

“While retaining their individual identities, churches sharing a minister have opportunities to have joint programs such as Bible studies, youth events, etc.,” said Putnam.

The pastor of a shared ministry devotes roughly 50% of her/his time at each to lead worship services, coordinate pastoral care and outreach, administer the sacraments of communion and baptism, officiate weddings and funerals, develop lay leaders, and any other duties required.

“Effective, ongoing communication and negotiation between the pastor and leaders from both churches is necessary to avoid scheduling conflicts,” said Putnam.

The decision to share an interim minister and then a settled full-time pastor began as a conversation between the two churches, initiated as a result of current circumstances at each church.

Lajoie said that Pastor Julie Olmsted was hired as their interim pastor.

“About a year later, acting upon the advice of a UCC minister who had served in an interim capacity at both churches and also as a shared pastor earlier in his career, First Church reached out to Southwick Congregational Church in May 2020 to gauge their interest in a ‘joint venture,’” said Lajoie.

Putnam added that the Southwick church had also lost their settled pastor in 2018.

“A search committee was formed shortly thereafter, and they began the foundational work required in the search process,” said Putnam.

Putnam noted that with the search committee work underway, “Southwick utilized UCC pulpit supply, a short-term and a long-term interim minister, and lay leadership for worship services and pastoral needs.”

Putnam said after initial conversations with First Church about the possibility of sharing a full-time minister, Southwick leadership committed to researching the model, educating their congregation, and ultimately letting them decide between sharing a minister or searching for their own.

Lajoie and Putnam said that Olmsted will serve both churches as their interim minister and will be an important resource to each as the churches embark on the shared journey.

“The lay leadership and search committees of both churches are looking forward to getting acquainted and growing together as Christians while designing a program that serves each church well and provides an interesting position for a future full-time settled pastor,” noted Lajoie and Putnam in a statement.