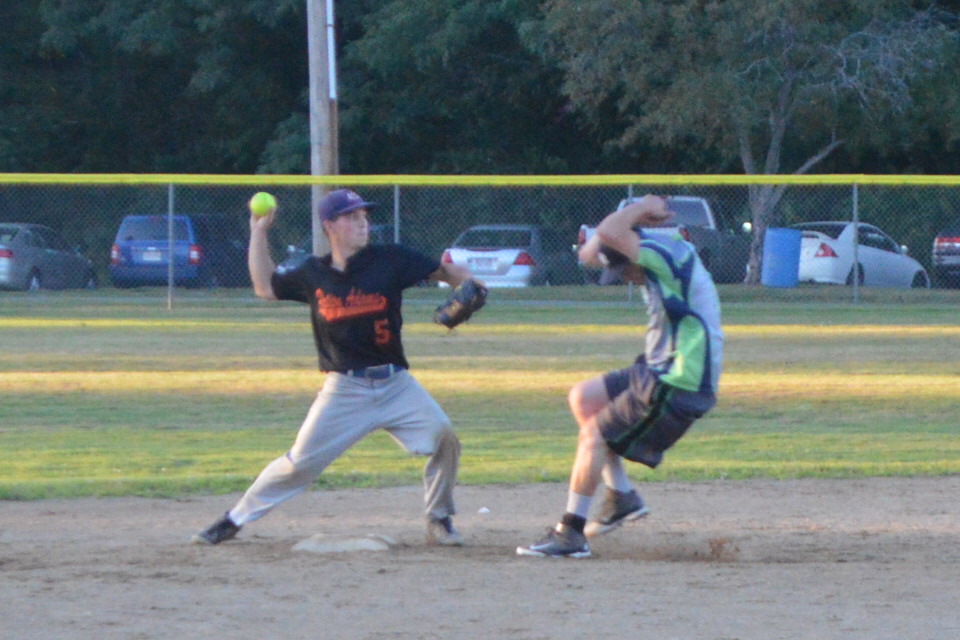 WESTFIELD – After a long discussion about several incidents in which the police had to be called to Whitney Park during Adult Softball League games, which resulted in a suspension of all games as of Sept. 22 by Department of Public Works Director David Billips, the Parks & Recreation Commission voted on Sept. 29 to continue the remaining three weeks of the season with the elimination of two of the teams, the Pioneers and the Caciques.

Billips said Tuesday that he received a call from the Westfield Police Department with concerns about the Adult Softball League. He said he hadn’t been told about the problems beforehand, which should have been brought to his attention.

“As soon as I found out about this, I suspended the games until this meeting,” Billips said.

Luis “Angel” O’Casio, who said he has worked for seven years starting the games and turning the lights on the fields, related the incidents in which he had called the police. He said it started at the first game with too many people watching the games and not wearing masks. From there, incidents have involved drinking, cursing and fights, which resulted in at least one player being suspended for the year.

Police Lt. Kevin Bard, who responded to a few of the calls, said what he found disturbing was the “uptick” in these calls. He said no incidents like these had happened before. “If you’re going to play softball, you have to police yourselves. We’re not babysitters. We know what goes on down there. We know there’s drinking down there,” he said, calling the combination of alcohol, testosterone and bats “a recipe for disaster.”

Bard cited three teams that, after talking to people, seemed to be at the root of the problems. He also said people at the games were violating every COVID restriction the governor has put in place.

Bard added that another officer responded to a call of teams fighting, and saw people drinking openly, with beer and hard liquor on the stands. In an email, the officer said at least 30 people were watching the games and not wearing masks or social distancing.

Commissioner Robert Veronesi said he had been involved with the Westfield Adult Softball League for 59 years. He said for years, they had more than 40 teams down there and never had these situations.

“Sometimes rules aren’t followed by teams or a couple of umpires. You have to nip it in the bud,” he said, adding that out-of-town teams were causing the problems, and maybe should not be allowed.

Veronesi also suggested eliminating the second double header on Friday nights, which causes games to go beyond 11 p.m., when all lights are supposed to be off at 10.

“From a Parks & Rec perspective, I think our programs are meant to be for the benefit of the folks in the city. Based on what I’ve heard here tonight, it doesn’t sound like something I’d like to participate in,” said Commission Chair Michael Tirrell.

“Obviously, I think we need to take some action to fix that. Obviously, there are good folks down there that play by all the rules. It does sound like there are some folks that need to be eliminated. Clearly, the situation cannot police itself. To Lt. Bard’s point, we cannot create a burden on the police department; an event that the police department has to babysit,” Tirrell added.

O’Casio asked to be given the opportunity to be put in charge for the remainder of the season. He said he would hold a meeting with all the teams, and insist on no fans, that all players wear masks with the exception of outfielders and pitchers. He agreed that the alcohol was getting out of hand.

He also agreed that at least one team should go.

Commissioner Scott LaBombard said in his opinion there was a lot of finger-pointing going on.

“There are rules set forth that need to be followed. As soon as you allow flexibility, you’ve lost it. You will be taken advantage of, people will not respect you. Secondly, I know there’s a lot of drinking that goes on down there, there’s been drinking down there for a long time. If you can’t handle it, it shouldn’t be down there. It’s our commission where it stops. I hate to say one team needs to be excluded. We need to hit reset and take a hard look, whoever is in charge,” he said.

A coach of one of the Westfield teams spoke up and said there were problems with two teams in particular. He also said he never allows any of his players to drink while on the field, except for a beer or two afterwards.

“Here’s my issue. We have a structure to police this, but now the police are being called and the commission is involved,” said Tirrell.

“This should have never been brought before this board. We have supervisors,” Magarian said.

“Discipline needs to happen for the players that broke the rules. These are adults,” said Ward 1 Councilor Nicholas J. Morganelli, Jr. liaison for Parks & Rec.

After further discussion, a motion was made to continue the remainder of the season and eliminate the Pioneers and Caciques, which passed 6 to 1.