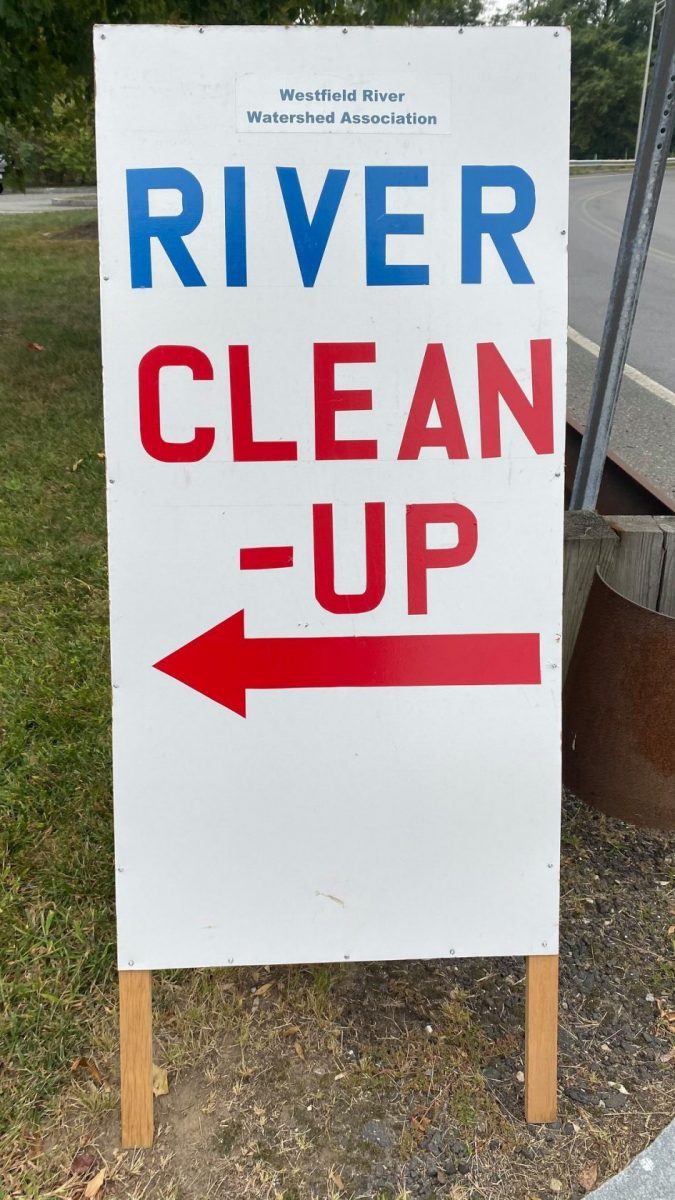 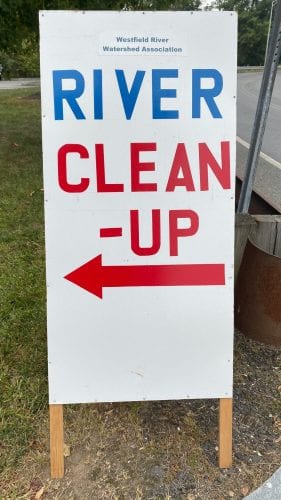 “There was an old piece of pipe I had seen for years too far out to get that we managed to get out this year,” said WRWA Vice President Mark Damon, who organized the Westfield River cleanup.

Damon said they had 25 adults and four children volunteer in Westfield, who were able to gather up 50 trash bags, and “only” one tire. Other items picked up included plywood, chair frames, couch cushions, an air conditioner, a door, bags with plaster and mesh and other construction waste. The City of Westfield picked up the trash, along with the MassDOT, he said.

Over at Pynchon Point in Agawam, WRWA director Sheryl Becker had similar results at the Connecticut River cleanup, where they had 22 volunteers collect 40 bags of garbage. Their tally included 8 tires, more than 75 bottles, a big car part, and lots of cigarette butts and straws..

Becker said they had to use a big dolly to get a large, rolled up rug. They also found a lamp, a big blanket, a grill and a large tarp. A shopping cart from WalMart puzzled the group, as the nearest store is 10 miles away.

Becker agreed that the low water helped. “It’s never been that low in the 20 years doing the cleanup,” she said adding they brought in “a lot of old stuff that had been there for a long time that we’ve never been able to get to.”

WRWA second vice president Ann Barone said some of the sites they sent volunteers to on the Westfield River were very clean and the volunteers had to be reassigned..

“We got to some spots, and people found very little. That was nice to see. It looks like people are taking more of an effort to take care of things,” Damon said, adding, “I hope as we clean it up, that inspires people to take care of it. Once trash is there, it encourages people to throw more trash.”