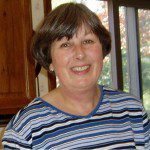 WESTFIELD – Valerie Ann (Hickey) Farrell, 62, of Westfield, died November 9, 2012 at home in the loving company of her family. Born in Springfield, daughter of the late Thomas and Leona (Gaboury) Hickey, she was raised in West Springfield and attended the former Ursuline Academy, and was a 1968 graduate of Cathedral High School.
Valerie was also a 1972 graduate of Regis College, and received her Master’s Degree in Rehabilitation Counseling in 1974 from Springfield College. She was previously employed as a counselor and teacher in West Springfield School System as well as the Work Opportunity Center. For the past seventeen years Valerie was a teacher at Southampton Road Elementary School in Westfield. Valerie was also a Cub Scout and Girl Scout leader. Her greatest love was raising her children and supporting them in every academic and athletic endeavor. For many years Valerie was a stay at home mom. Valerie logged many miles in her high top van going to hockey, softball, basketball tournaments and dance recitals. Her teaching career was her next greatest love and she missed the school children ever so much when her health forced an early retirement. She was a longtime communicant of Sacred Heart Church of Springfield.
Valerie is survived by her loving husband of thirty-five years, Atttorney William Farrell; two sons, Brendan of Cranston, RI, and Rory of Westfield; two daughters, Meghan and Moira, both of Westfield; a brother, Thomas F. Hickey, Jr. of Montana; a sister, Lynn Kace of Wilbraham; a nephew, Charles Kace III of Marblehead and a niece, Tara Scott of Alexandria, VA. In addition, Valerie leaves her only surviving aunt and God Mother, Theresa Letendre of Springfield as well as many cousins.
Relatives and friends are invited to attend a Liturgy of Christian Burial at Sacred Heart Church in Springfield on Tuesday, November 13th at 10:00 a.m. Burial will follow at St. Mary’s Cemetery in Westfield. Calling hours at the Firtion-Adams Funeral Service,76 Broad Street, Westfield will be held on Monday from 4:00-8:00 p.m.
Donations may be made in her memory to Sacred Heart Church, 395 Chestnut Street, Springfield, MA, 01104 , the Cancer House of Hope, 86 Court Street, Westfield, MA. or Southampton Road Elementary School Adopt-a-Book Program, 330 Southampton Road, Westfield, MA.
frtionadams.com