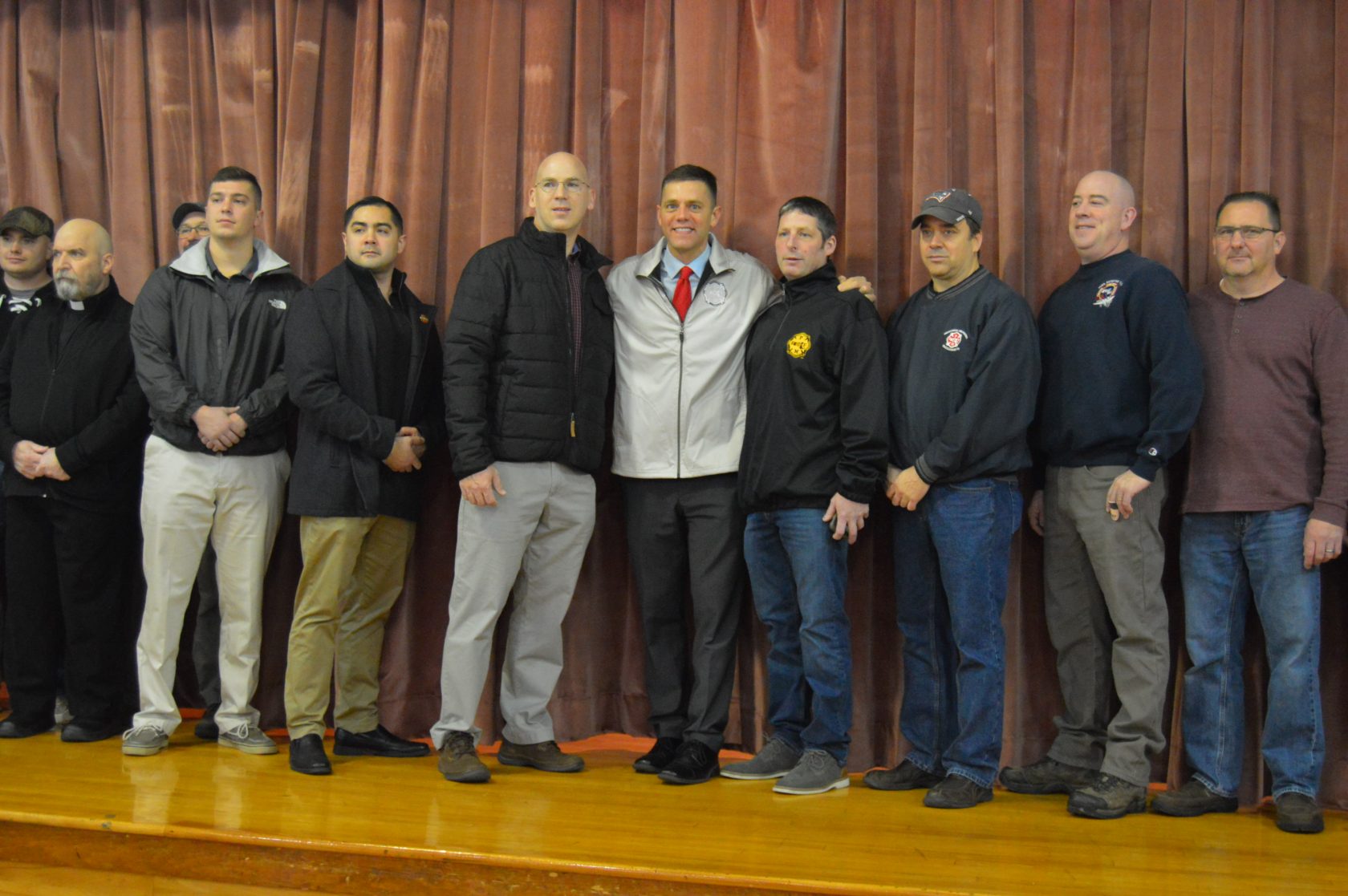 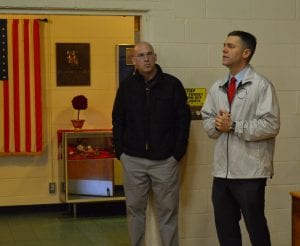 Former Westfield firefighter Greg Heath listens on as Velis speaks about Bill H.1455, which would grant better disability benefits for firefighters who contract Parkinsons Disease in the line of duty. (Photo by Peter Currier)

“I always put firefighters, veterans, and police, in many respects, in the same category,” said Velis at the event, “The reason I do that is because there’s always a certain commonality there. That selfless service and the ability to always put others above themselves.”

Velis, a Major in the U.S. Army  Reserves, spoke about protecting firefighters from illnesses and diseases that they may receive as a direct result of their jobs.

Among the firefighters at the event was Greg Heath, 47, a 22-year veteran of the Westfield Fire Department. Velis spoke about Heath’s diagnosis with Parkinson’s Disease about seven years ago, which Heath believes he contracted as a result of his work putting out fires.

“We need to take care of you. Anybody who does not agree with that statement I would argue shouldn’t be in public service,” said Velis. 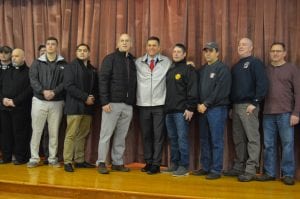 Velis is one of the principal sponsors of state bill H.1455: An Act Relative to Parkinson’s Disease Disability and Death in Firefighters. The bill, which has been sitting in the House of Representatives Ways and Means Committee since May of 2018, would include Parkinson’s disease among the list of diseases that are caused as a result of firefighting.

The bill would grant firefighters who must leave their job on normal disability due to the disease the ability to leave under accidental disability.

With normal disability, a firefighter receives 40 percent  of their pay in addition to having to pay taxes on the income. Should the bill eventually pass, it would grant firefighters who are unable to continue to do their job due to Parkinson’s more than 70 percent pay and they would be exempt from income tax.

Heath said that he continued to work for two years after his diagnosis, but eventually had to leave the department. He noted that people who have Parkinson’s typically have a genetic predisposition to it, but that to get the disease one still has to be exposed to chemicals or toxins that can activate it.

In Heath’s case, he believes lead that was in some fire scenes may have somehow got into his body. He noted that it could have been through his oxygen mask, or the ash contaminating his gear and somehow getting onto his skin or food.

H.1455 is co-sponsored by Velis and Rep. Sean Garbelly, D-Arlington. It has dozens of petitioners within the house as well, although it has not been acted on in nearly two years.

Velis is running against Southwick Republican John Cain for the open State Senate seat. The Special Election is set for March 31, 2020.