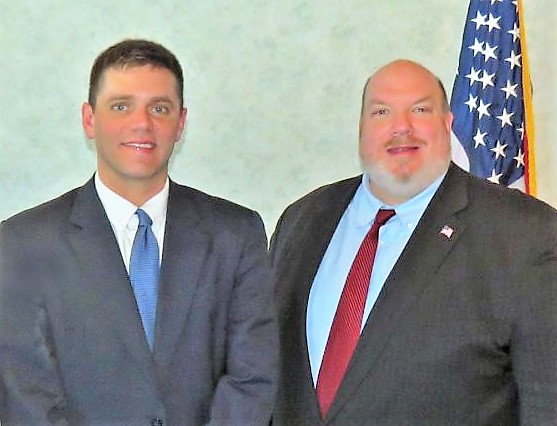 WESTFIELD – State Rep. John C. Velis on Dec. 12 said he was “beyond excited” that a special election for the 2nd Hampden & Hampshire Senate seat was set.

“On January 6 Westfield and the other 10 communities that make up the state senate district will be without representation at a critical time,” said Velis. “So, having a date certain now allows everyone to plan accordingly.”

Secretary of the Commonwealth William F. Galvin issued a calendar of deadlines for a special election to be conducted on March 31. The Senate adopted the order Thursday to hold the special election. The primary will be held alongside the Presidential Primaries on March 3, 2020.

The deadline for submitting nomination papers to the local registrars of voters is Jan. 21, 2020, while the last day to file certified nomination papers with the Secretary of the Commonwealth is Jan. 28, 2020. Nominations for the State Senate require a minimum of 300 certified signatures.

Velis announced last winter that he would seek the seat if Humason were elected mayor. He has spent much of his time campaigning this past year and said he will keep campaigning and collecting signatures.

“As far as the campaign goes, I will just stay the course,” Velis said. “I have personally knocked on more than 1,000 doors so far and have been humbled by the support I have received. I look forward to continuing to make the case as to why my version of bi-partisanship, compromise, and putting people before politics is what this district needs going forward. “

Nomination papers will be available at the Secretary of the Commonwealth’s Western Office at 236 Dwight St. in Springfield, the Elections Division at One Ashburton Place in Boston, and by mail.

The 2nd Hampden & Hampshire Senate District consists of the cities of Holyoke and Westfield and parts of Chicopee, as well as the towns of Agawam, Easthampton, Granville, Montgomery, Russell, Southampton, and Southwick.