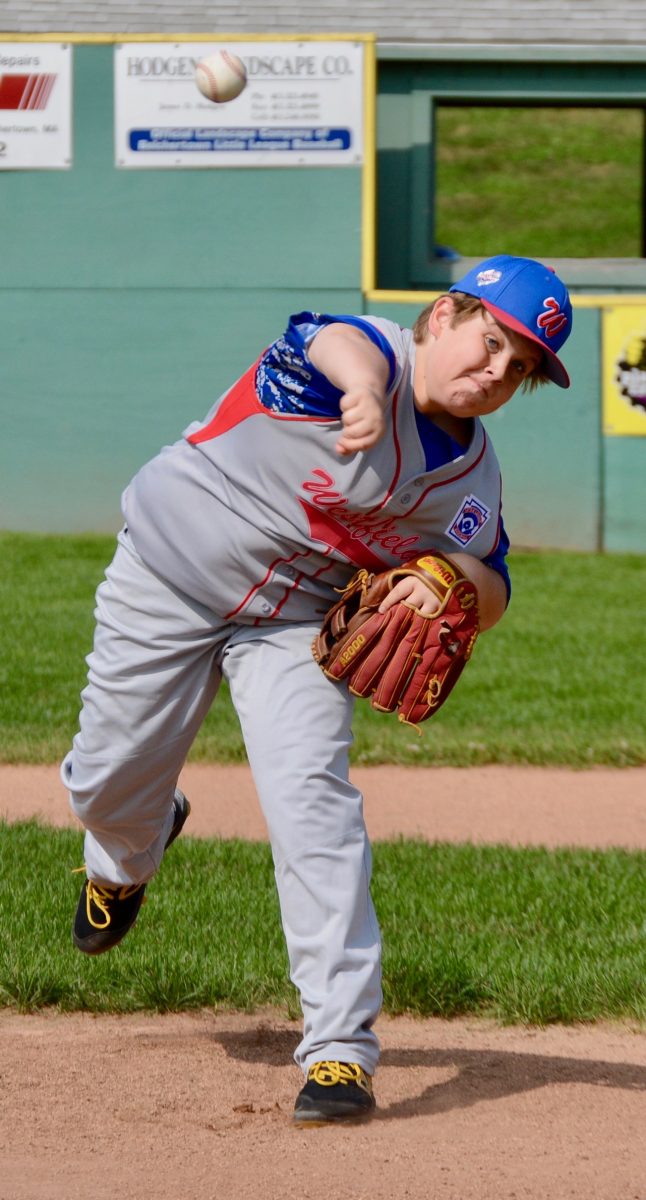 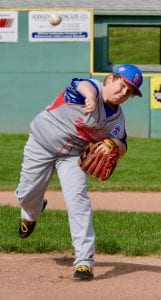 BELCHERTOWN – Westfield embarked on a new era in the city’s Little League Baseball, and truly shined like an All-Star.
The Westfield Little League Baseball Majors All-Stars opened the postseason with a 2-1 win over Belchertown at Mini-Fenway Saturday.
It is the first time in the Whip City’s history that they are playing one squad. In the past, the city fielded a North and South (or American and National) team.
“We’re just going to go out and play like we’ve always played, try to work on fundamentals and hopefully the hits will start to come along,” Westfield Little League Baseball Majors All-Stars manager Mike Raposo said. “We have a good group of kids, which is the most important thing. They come to practice with a good attitude every day, looking to get better. We always want to get better as the tournament goes along.”
One week ago, Slovak Club pitcher Josh Wagner recorded 15 Ks in a sterling 6-0 shutout of Advance Manufacturing in the City Cup championship. On Saturday, Wagner, now the ace of the Westfield Majors, delivered another solid outing, striking out nine batters, while allowing just four hits.
“I was doing good for the first couple innings, and then they started coming back and hitting the ball, but our defense made the plays,” Wagner said.
Wagner’s only real blemish was a sixth-inning triple. Wagner came back to force a strikeout. He then walked a batter before reaching the pitch limit. Joe Maffia came on in relief. A fielder’s choice cut Westfield’s lead in half, 2-1. A single to the outfield nearly tied it, but center fielder Patrick Willard quickly got the ball in to prevent a run. Wagner forced a fly out to Willard to end it.
“Those were two huge plays,” Raposo said of Willard. “Belchertown is always a great hitting team. We come in here every single year and they put the bats on the ball. It was great our defense was behind (Westfield’s pitchers) making some plays.”
Said Raposo: “We felt like we wanted to start off strong against what we think is one of the best teams in the whole district. …We were playing for today.”

10-YEAR-OLD ALL-STARS
Westfield 13, Easthampton 3
Brody DeBruin picked up a win on the mound for Westfield. DeBruin went 3-for-3 with two triples, five RBIs, and two runs scored. Jacob Barnes also went 3-for-3 with three runs and one RBI. Anthony Sanchez (2-for-3) had a run and RBI.