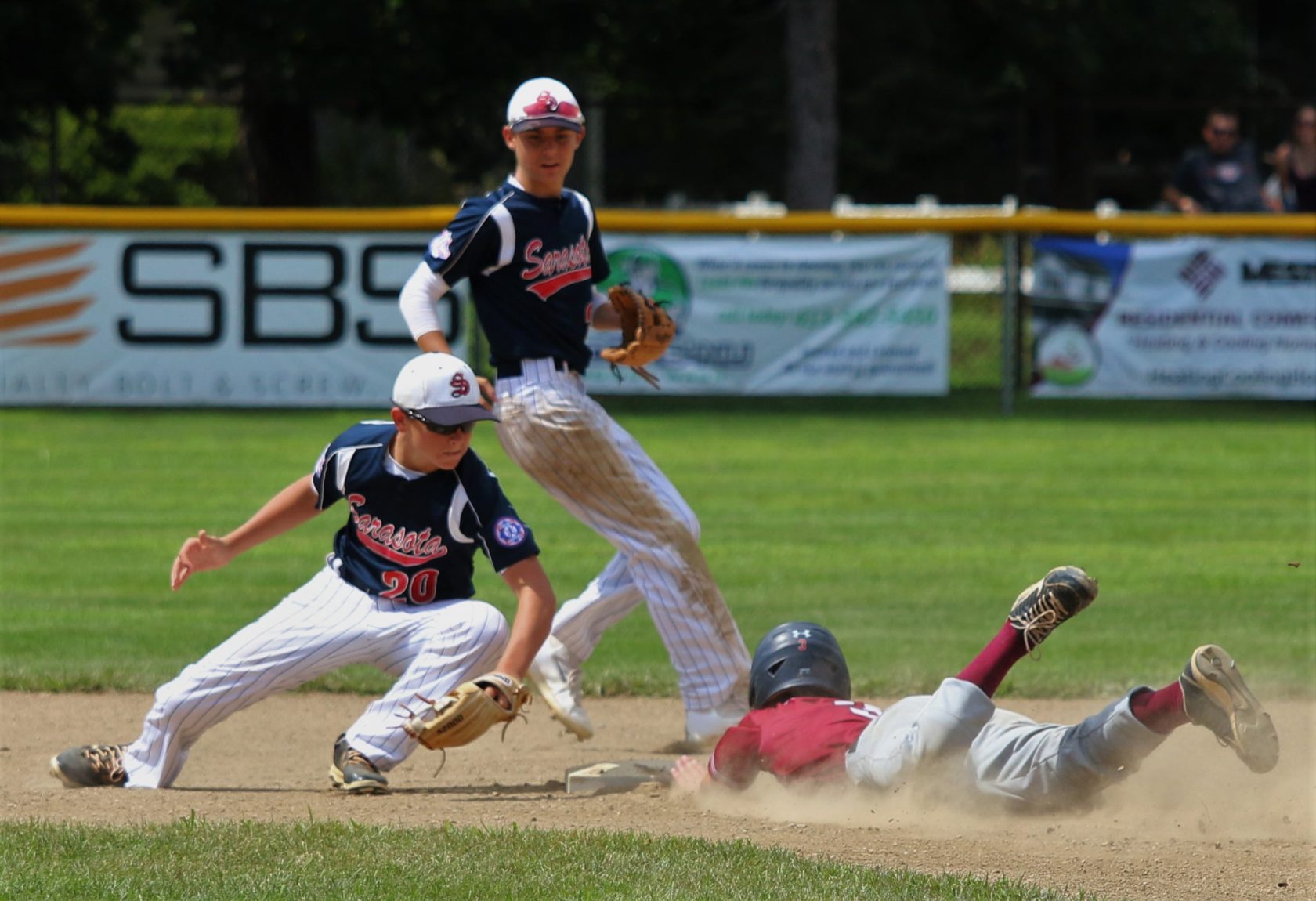 WESTFIELD – Sarasota (Fla) was leading Arlington (MA) 1-0 into the bottom of the second inning until mother nature decided to continue its unwelcoming antics onto Bullens Field on Friday afternoon. 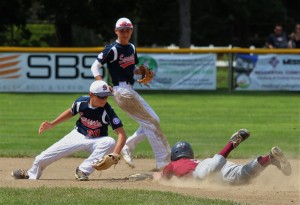 Sarasota’s Jason Scott is looking to protect second base as Anthony Messuri attempts to steal for Arlington during the Babe Ruth World Series . (Photo by Kellie Adam

Play was stopped immediately once Babe Ruth World Series officials saw lightning strike from a distance, just past the outfield. The grounds crew then covered up the field with tarps in event that the game would eventually resume. Instead, the heavy downpours ensued and the decision had been made.
Babe Ruth Officials postponed the game as well as the rest of the remainder of Friday’s World Series slate. A revised schedule is expected to be released late Friday.